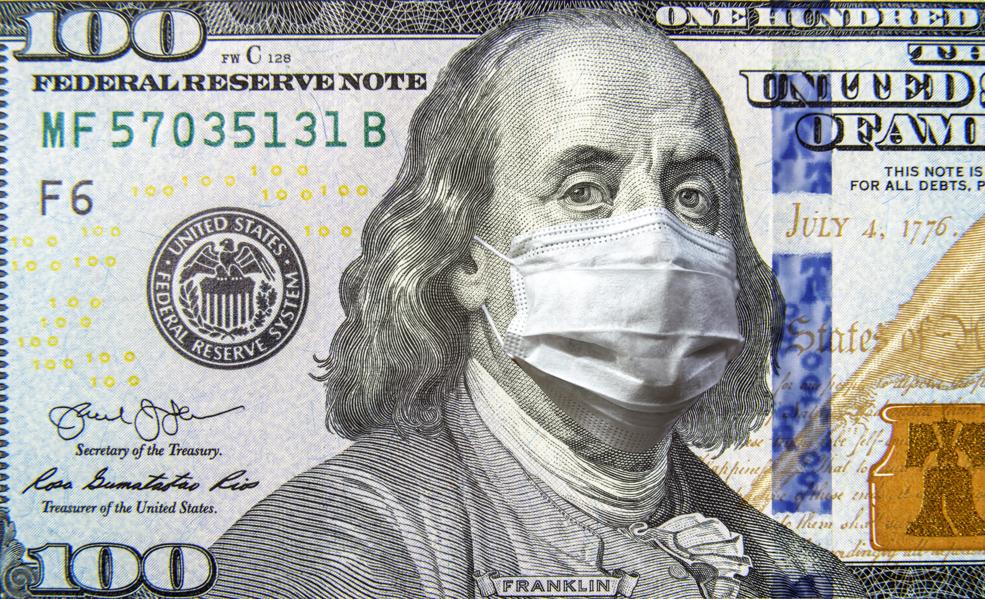 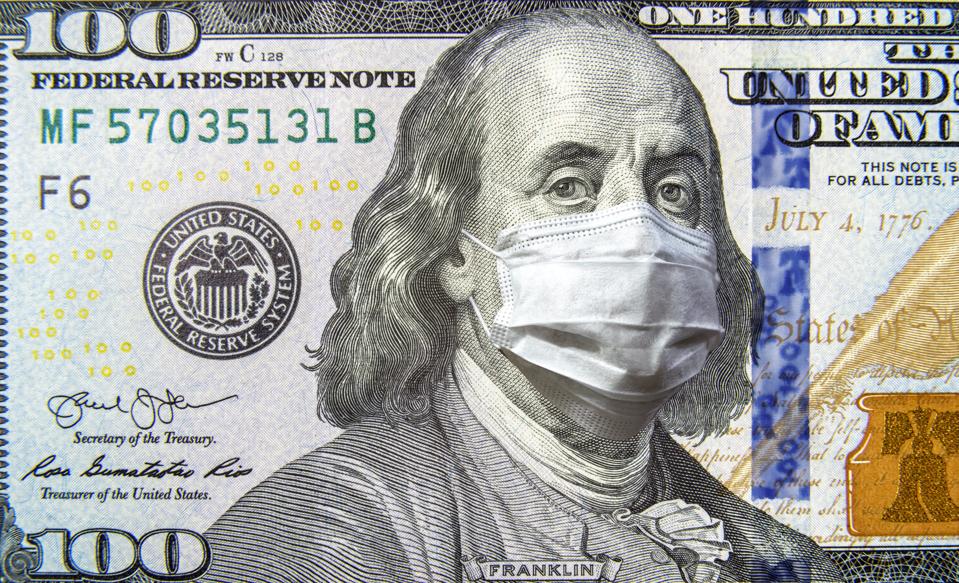 We are on the cusp of a massive economic contraction and a total reset of the global economy. The Coronavirus pandemic has metastasized into a global crisis that experts predict will very likely kill millions and unleash a worldwide economic depression. As economist Nouriel Roubani writes, the sudden shock to the global economy from the COVID-19 pandemic is accelerating a massive collapse that will be more severe than either the 2008 global financial crisis or the Great Depression.

A propellant for both a liquidity crisis and a solvency crisis, the COVID-19 pandemic is currently engulfing a wide breadth of industries and capital investments at a pace we have not seen before. Even as central banks leverage quantitative easing (QE) to stimulate the global economy, the impact of the pandemic on employment and therefore consumption will ensure a collapse that is both broad and deep.

In fact, we are witnessing a restructuring of the global economic order that could lead to an entirely new civilization. Building on a range of coordinated social and economic policies that must come, we will also see the rise of a new global system. Among these new policies will be a shift to universal basic income (UBI) and the rise of a highly automated production infrastructure.

Just as revolutionary movements have emerged in the past, so the combination of disease and economic contraction will provoke a new era and a new global order. Indeed, even as we confront the prospect of economic collapse, we will also witness the application of policies that move our society beyond a dying fossil fuel era and into an era of cheap renewables. Beyond the age of combustion and the wanton destruction of the Earth, we are on the cusp of a digital Renaissance.

But first the collapse.

Estimates are that as many as 2 million Americans could die from the coronavirus. As the United States becomes the epicenter of the COVID-19 pandemic, the country’s structural deficiencies are on full display. A profiteering healthcare system in combination with a broken government and a vacuum in moral leadership have left the population naked to the predations of disease. In order for the United States to effectively manage this crisis, it would need to marshal a government capacity it no longer possesses.

More concretely, this would include national systems of testing, tracing, and treatment measures, with a simultaneous enforcement of quarantines and a full-scale lockdown. Put differently, this would be something akin to the massive and scaled mobilization which is now the province of Asian governments and especially China. To appreciate the depth of the problem, we need to understand the current leadership of the country, and in particular the character and legacy of the Baby Boom generation. 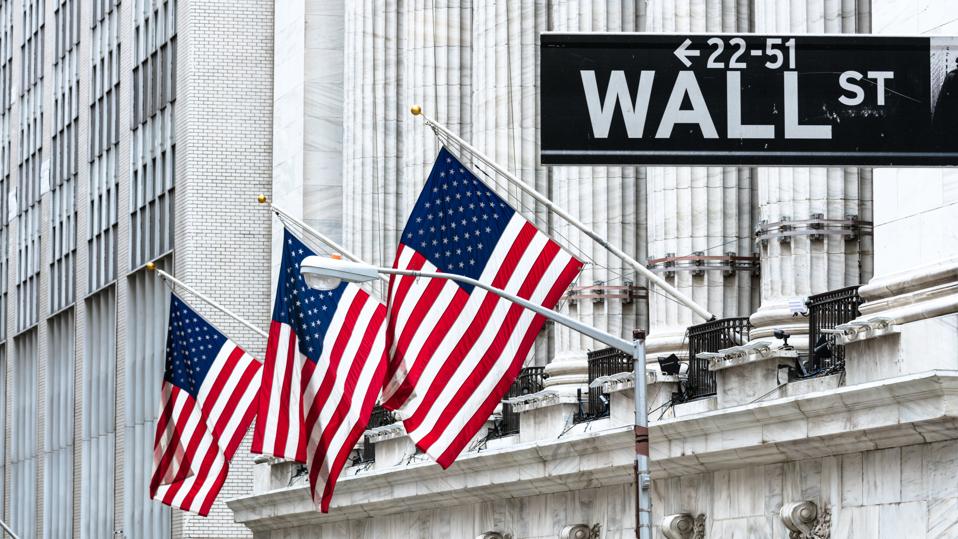 A Generation of Plunder

Raised in postwar affluence, the Boomer generation is the wealthiest generation in American history. Coming of age as self-absorbed young crusaders, Boomers have systemically favored personal and spiritual autonomy over social conformity. However, lacking any direct experience of the traumas of World War II or the Great Depression, the Boomer generation has also overseen the dismantling of America’s civic institutions.

Like an absentee landlord, Boomers have managed to free ride on the public goods and public investments of previous generations, while disassembling the country’s manufacturing infrastructure. Squandering the institutional competence needed to respond to the current pandemic, the US now lacks the capacity to manage the contagion.

While pillaging the national economy, Boomers have also personally absorbed the country’s wealth.

As Bruce Gibney explains in his recent book A Generation of Sociopaths: How the Baby Boomers Betrayed America, the Boomers have overseen an era of national plunder. Despite inheriting a rich and dynamic country, the Baby Boom generation has gradually supervised its bankruptcy.

While pillaging the national economy, Boomers have also personally absorbed the country’s wealth. In fact, as they age, their percentage of total US wealth has increased from 20% to nearly 60%. By comparison, Generation X holds only 16% of national wealth while the Millennials hold a paltry 3%. In fact, Boomers owned about 21% of America’s wealth at roughly the same age as Millennials are now. More problematically, 81% of Millennial households (ages 18 to 34) carry a collective debt of $2 trillion.

Taken to its logical conclusion, the US era is coming to an end. After decades of swelling deficits fed by $6.4 trillion in war spending, many now predict the end of the US dollar as the world’s reserve currency. Beset by social inequality, economic stratification, drug addiction, mass imprisonment, and government dysfunction, the country is now a shadow of its former self.

Indeed with clinical precision, journalist and Pulitzer Prize-winning author Chris Hedges has deconstructed the corporate take-over of America’s democracy and the ruthless kleptocracy that has broken the country. The culmination of a political, economic, and cultural decay, the United States is now disintegrating. But why? To understand this, we need to grasp the historical cycles of crisis and renewal that William Strauss and Neil Howe describe in their book, The Fourth Turning.

History Does Not Repeat Itself but it Rhymes

According to Strauss and Howe, history follows recurrent cycles of crisis and transformation. Extending over 80 year cycles (one lifetime), each cycle is divided into generational turnings (20-25 years). Akin to stages of life or the change of seasons, cultures rise and decline and ultimately renew themselves through periods of extreme crisis.

The authors identify four generational turnings and their archetypes. From recovery (First Turning), and awakening (Second Turning), to unravelling (Third Turning), and ultimately collapse (Fourth Turning), each turning is led by a generational archetype. Each generational archetype carries a set of common attitudes and behaviors unique to their location in the cycle. Not surprisingly, a culture’s Second Turning (summer) reshapes its’ inner world (values and ideals), even as its’ Fourth Turning (winter) reshapes its’ outer world (politics and economy).

Where the previous cycle ended with a recovery from WWII, the current cycle began with a new spring (the Silent generation), summer (Boomers), and fall (Gen X). This cycle is now reaching its conclusion in our current winter (Millennials). Beyond the pandemic itself, we are undergoing a succession of structural changes that build upon one another. These changes include technological transformation (automation), geopolitical shift (the rise of China), and potentially environmental collapse (climate change). 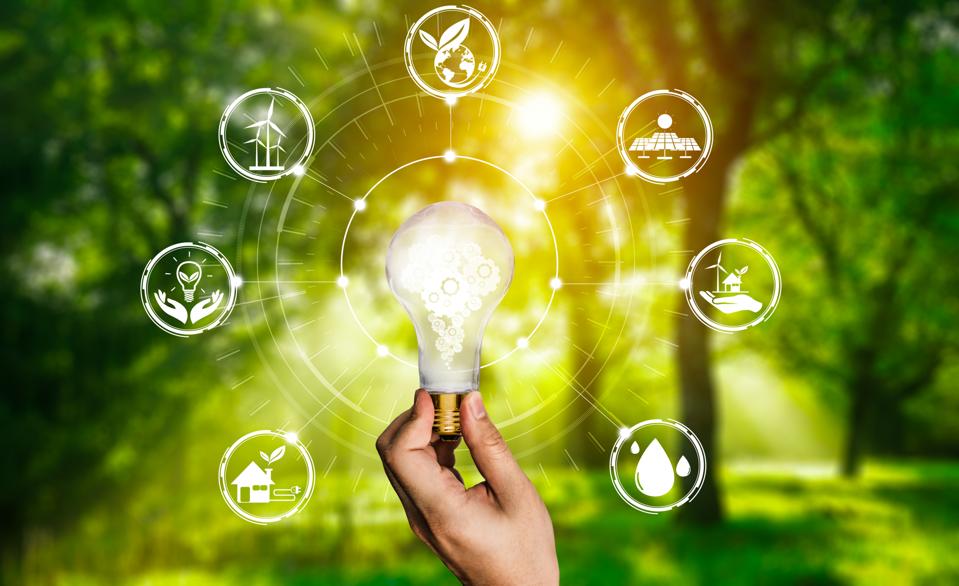 Each new cycle begins with the crisis of the last. Notwithstanding the anguish that lies ahead, the decline of the present order also represents a new beginning. Responding to the current crisis will not be easy. Democracies are struggling. However, democracies have a capacity for social renewal. Beyond a waning fossil fuel civilization and the aftermath of a global pandemic, a new and different society will come.

Even as COVID-19 consigns us to our homes, it is also reinforcing technological trends that began prior to the pandemic. This next society will be rooted in the convergence of a renewable energy Internet (clean technologies and smart grids), a digitized mobility and logistics infrastructure (autonomous electric vehicles, AI, and IoT), and augmented human intelligence. Building on top of a highly automated industrial base, this coming society will find its purpose in systems that augment human creativity and innovation.

Constructing this new system will mean rethinking our food production industries to moderate the impact of future pandemics. It will mean reinventing systems of capital distribution to accommodate communities and workers displaced by automation. It will mean finally and completely eliminating the scourge of fossil fuels. And most importantly, it will mean reconstituting our collective story around a shared social purpose and new forms of governance.

Beyond a neo-feudal class structure administered by capitalist markets, this new era will be negotiated across new technologies and new institutions of government. As the futurist Gerd Leonhard predicts, we will see a second Renaissance rooted in human development as an end itself. Where the European Renaissance replaced religious dogmas with humanism, this second global Renaissance will replace market dogmas with a kind of digital humanism.

Even as the Agricultural Revolution harnessed domesticated animals for pastoral farming, and the Industrial Revolution leveraged machines for factory production, so today the Computational Revolution is advancing computers to augment human intelligence. Indeed, many now argue that the promise of exascale computing and the accelerating migration towards a computational society represents a new threshold in human history.

Beyond a global financial system devoted to hyper-consumption and the cult of the individual, what we now need is a culture built around human flourishing and a shared global project. Where the culture of Baby Boomers emphasized individuality, rights, and personal choice, Millennials will build new institutions that support civic solidarity, the state, and the common good. And just as the previous Hero generation fought World War II and built the US into an economic powerhouse, so Millennials will be tasked with building a new global society out of the coming collapse. Every generation seeks to resolve the mistakes of the last. This coming generation will be no different. But for now, winter has come.