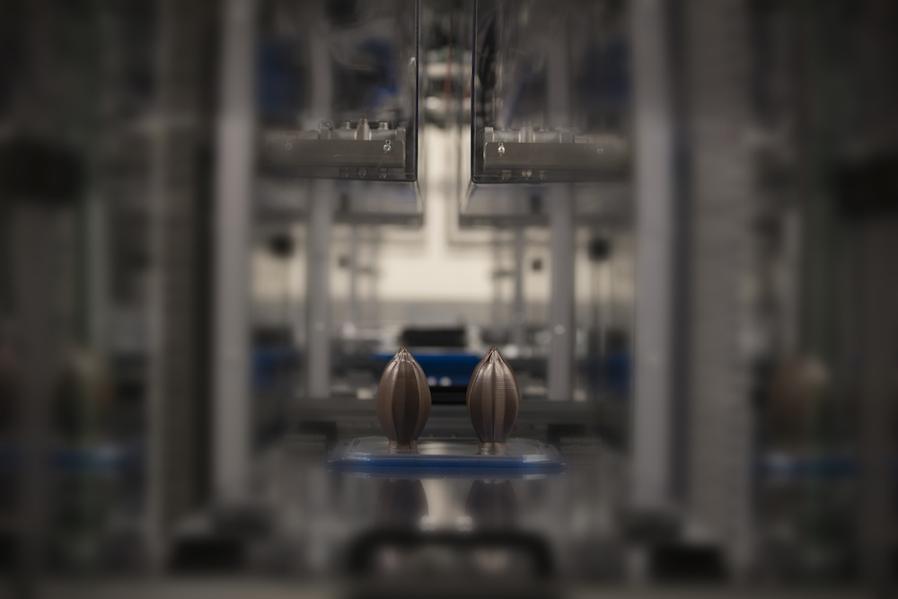 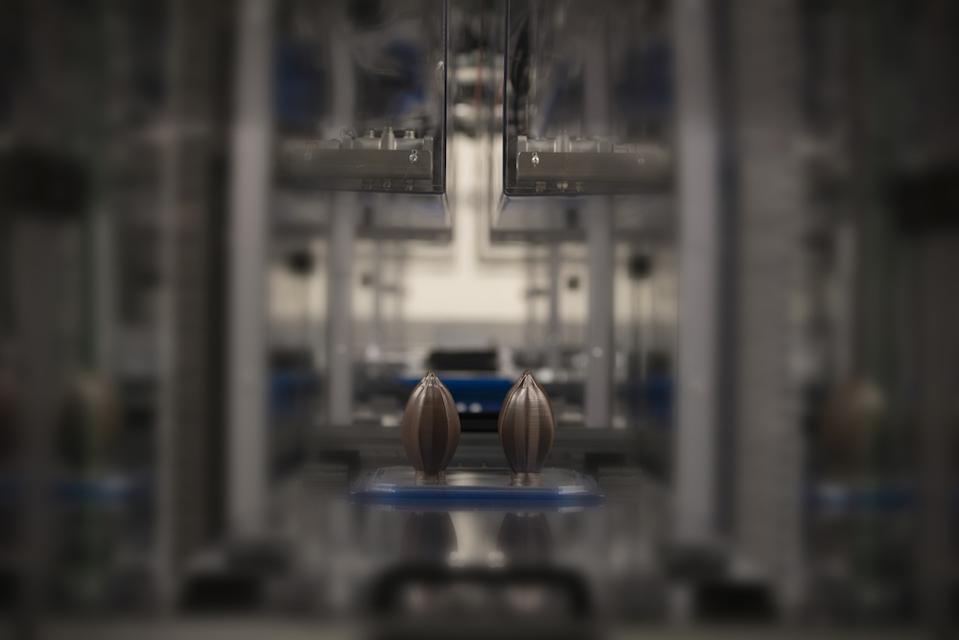 Customized chocolate in complex shapes will no longer be exclusively produced by seasoned culinary chefs, as Swiss cocoa giant Barry Callebaut is set to launch the world’s first large-scale, 3D-printed chocolate under its decoration brand, Mona Lisa, in Spain.

3D-printing technology already exists on a small scale in the food industry, but this marks the first time for a major chocolate processor to make it available for the general public.

Globally renowned pastry chef, Jordi Roca, will showcase his own 3D chocolate piece called ‘Flor de Cacao’ that represents a cocoa bean that opens up like a cacao flower through contact with hot chocolate sauce, at a Barry Callebaut launch event.

Roca said in a prepared statement: “This new way of working with chocolate is going to take consumers by surprise, with previously unthinkable shapes produced at scale and with impressive precision.

“I am usually inspired by the things I can’t do as they represent a creative challenge — but now, thanks to Mona Lisa 3D Studio, I can take my chocolate craftsmanship to the next level. I can imagine any new kind of design and it come to life.”

Barry Callebaut’s innovation chief and sustainability and quality officer, Pablo Perversi, notes the company has been working on 3D chocolate for a long time, and its latest technology is able to print thousands of pieces at a time while retaining a bespoke handmade appearance.

“It’s very difficult to invent such a technology,” Perversi told me via a phone interview. “Now, not only artisan chefs, but chocolate manufacturers, can work with us to present their creations to a very broad audience base.”

He added several companies helped to supply machinery parts, and Barry Callebaut developed the software to link them together to create the 3D printer. 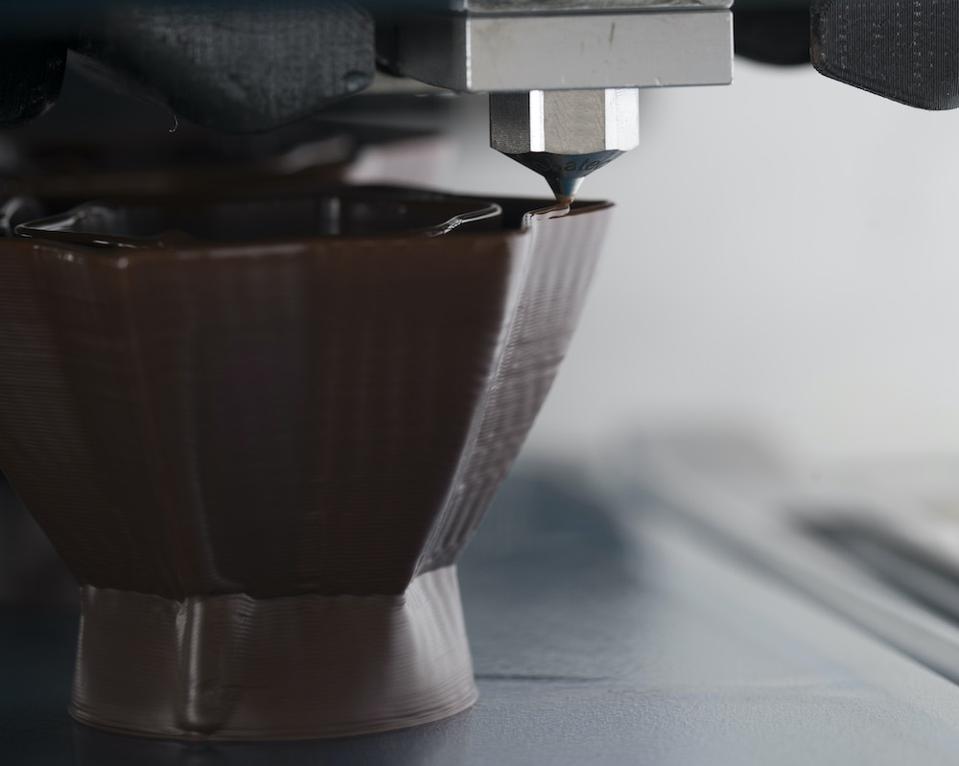 Asked whether large confectioners, including Nestlé and Mondelēz, will be mass-producing 3D chocolate through a partnership with Barry Callebaut, Perversi said: “Yes, why not? I think that will be the same roadmap of how we start off with the artisans … they will do differently than chefs, but they are still important to us.”

He anticipates some of the most popular chocolate shapes, such as chocolate bunnies and flowers, will most likely be produced by Mona Lisa in the short-term, since Valentine’s Day and Easter are just around the corner.

But unlike traditional chocolate bunnies in the market, future product designs made by the new 3D printer will contain more intricacies, such as bunnies’ hair. “Those are very fine details, and you can’t really achieve that with a conventional chocolate mold,” Perversi explained.

The chocolate shapes ultimately depend on manufacturers’ own needs for customization. “We can do all sorts of things,” he added. “We also have a lot of companies that want to integrate logos to their chocolate, because it allows them to own what they create.”

Barry Callebaut believes 3D printing enables Mona Lisa to add premium quality to its products, but more importantly, it provides a unique experience to younger consumers who like to share pictures of food on social media.

A recent Barry Callebaut survey revealed 70% of consumers wanted to try new chocolate experiences, and six out of 10 were willing to share it on social media.

“It’s all about Instagramability and experience,” Perversi told me. “We live in a world of personalization. People are increasingly creating their own trends, and our 3D printer provides a solution to that.”

Overall, Barry Callebaut has a “strong innovation pipeline” with its recent launches of Ruby — the fourth type of chocolate in addition to dark, white, and milk, as well as chocolate made from the whole cacao fruit and dairy-free chocolate, according to Perversi.

He said: “I can’t tell you exactly what we are working on … but we have a huge amount of partners who are giving us eyebrow-raising opportunities, so we can keep working hard to solve different challenges.”