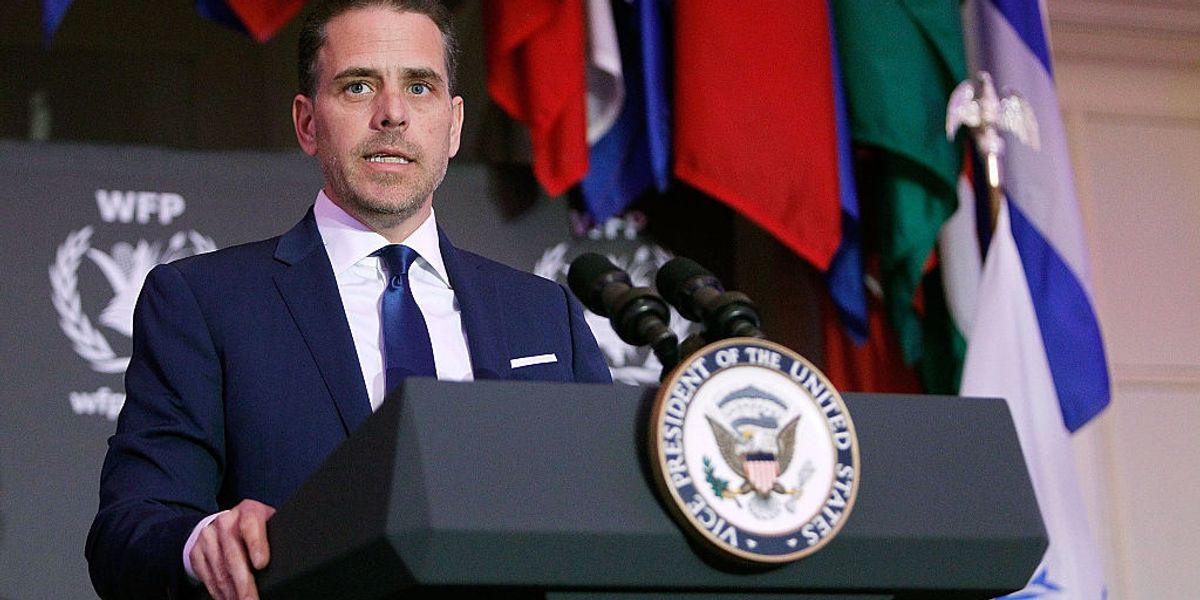 The impeachment trial of President Donald Trump may be over but federal officials are now beginning to examine the behavior of former Vice President Joe Biden’s son, Hunter Biden. At least one major government watchdog believes the younger Biden may find himself in serious trouble.

Hunter Biden’s business dealings were at the center of Trump’s impeachment case following the revelation that he was being paid up to $50,000 per month to sit on the board of Burisma, a Ukrainian natural gas producer, an amount well-above the average paid to top executives who sit on major corporate boards.

Moreover, the younger Biden had no experience on energy matters or in Ukraine, further raising suspicions that he was inappropriately leveraging his relationship with his father, who was serving as the U.S. vice president, for his personal financial gain.

Judicial Watch president Tom Fitton says that Hunter Biden’s business activities in Ukraine could land him in hot water with prosecutors at the Justice Department.

In an interview with One America News, Fitton said there is “strong evidence of criminal misconduct” by the younger Biden as the U.S. Treasury Department has begun turning over confidential bank records related to Biden in response to a request from Senate investigative committees that are scrutinizing his activities.

The Washington Examiner reported the documents requested by Senate investigators are known as “suspicious activity reports,” or “banking alerts involving money laundering or fraud, related to Biden and his associates.”

Senate investigators have also asked the Secret Service to turn over Hunter Biden’s travel records, which Fitton explained could be the beginning of a broader criminal probe.

“This would be the basic investigative work one would do if you were trying to figure out where Hunter Biden was and who he was traveling with during the Obama presidency,” Fitton, who recommended that federal investigators also look into Joe Biden’s travels to China, another country where his son was working, said.

‘No evidence it was a legitimate business relationship’

“There’s no evidence that it was a legitimate business relationship or that Biden had the background or capability to serve on the board,” he said.

Additionally, Fitton explained “the payments were out of the ordinary and extraordinary, suggesting some other improprieties. Now we have Rudy Giuliani with documents, some of them from court cases here in the United States, suggesting that money he was receiving was, in part, laundered.”

“This Biden scandal ain’t going away,” he said.

A recent poll shows that most Americans seem to agree with Fitton. According to a Politico/Morning Consult survey, 52 percent of voters believe it was inappropriate for Hunter Biden to take the job with Burisma, while only 18 percent said it was appropriate. Fifty-seven percent of respondents also said Biden’s relationship with the Ukrainian firm was a scandal while 19 percent said it was not.