If you lost income this summer because of the pandemic, you may still be waiting for those retroactive $300 additional weekly unemployment benefits President Donald Trump called for in an executive action in early August.

While all the states and territories that applied have been approved and awarded funding, not all of them have distributed the benefits yet. There’s also growing hope that another stimulus package may be passed in the near term that would include more supplemental unemployment benefits for those who are still out of work.

Here’s an update on where the remaining states stand, how much they’ll distribute, who qualifies for the payments—and whether more unemployment aid may soon be on the way. 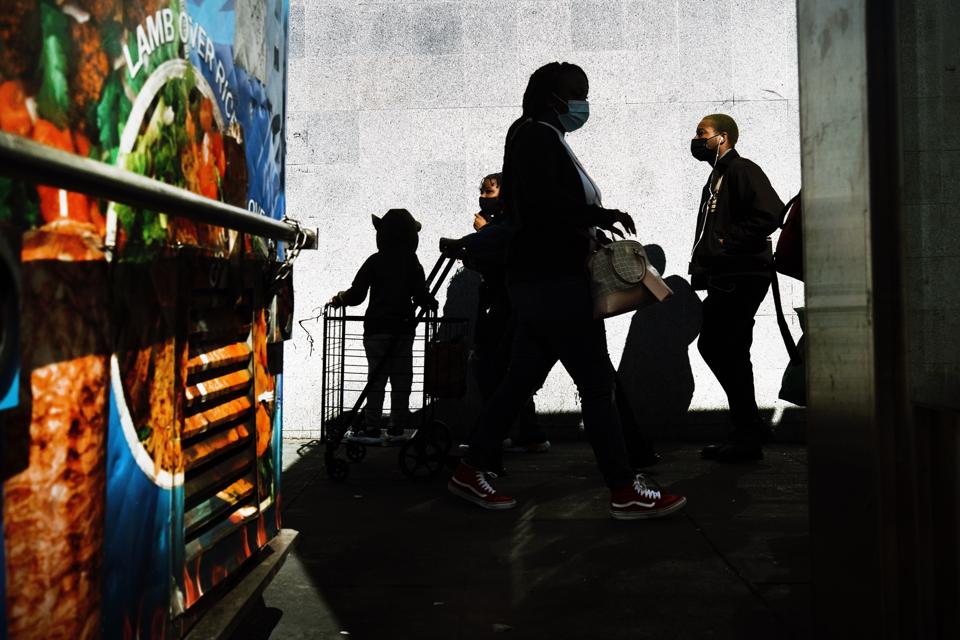 Supplemental $300 weekly unemployment benefits are still being distributed in some states.

How much is available now in extra unemployment benefits?

Under the so-called Lost Wages Assistance Program, U.S. states and territories had to submit an application and a plan for distributing the federal unemployment benefits to the Federal Emergency Management Agency (FEMA), which was charged with dispersing money from the Disaster Relief Fund. All U.S. states were approved except for South Dakota, which opted out, as were Washington D.C., Guam, the U.S. Virgin Islands—and Puerto Rico, which was the last to be approved on Oct. 7.

The executive action covers the weeks ending Aug. 1 through Sept. 5, but not all states received enough funding to pay out the full $1,800 of potential benefits for residents who qualify. If you were receiving $100 a week or more in regular unemployment benefits during that coverage period, you should get at least $900 in additional benefits (or may have already)—and possibly double that, depending on where you live.

FEMA initially approved the states and territories for three weeks of $300 extra unemployment payments retroactive to the week ending Aug. 1, when the supplemental $600 weekly benefits offered through the CARES Act expired. But the agency later said states and territories could request additional funding to cover up to six weeks, or until funds ran out.

The executive action made available up to $44 billion from FEMA’s Disaster Relief Fund. FEMA said that, based on state and Labor Department projections and current state spending rates, it anticipated it could fund six weeks in $300 supplemental unemployment benefits for all the states and territories approved for assistance.

Have all the extra benefits in my state been distributed?

At this point, most states have already distributed most, if not all, of the funds they received. But there are some states that are just starting to distribute them.

For example, Nevada’s Department of Employment, Training and Rehabilitation said Friday that it has begun widely distributing payments after a successful test run. The state will first pay out up to $900 in retroactive benefits for the weeks ending Aug. 1, Aug. 8 and Aug. 15. The state did apply for the full six weeks of funding, but has said that the additional funds it received from FEMA may only be enough to cover four to five weeks in total. Those payments will be sent one week at a time beginning the last week of October until the funds run out.

Similarly, New Jersey’s Department of Labor says the state will distribute payments this week. Eligible residents will get one lump-sum payment of up to $1,800.

Arkansas had initially been approved for $79 million, enough FEMA funding to cover three weeks of benefits, which the state said should go out no later than Oct. 2. New reports indicate that the state may request funds for another three weeks of payments, using CARES Act money to meet the one-quarter state match, if approved by the Arkansas Legislative Council.

Alaska is also expected to begin issuing the Lost Wages Assistance Program benefits in the coming days. It’s not clear yet how many weeks the $62 million in funding it received will cover.

Kansas was approved for $116 million from FEMA, which should cover six weeks of payments. It initially indicated it would pay out $400 in weekly benefits, but the Kansas State Finance Council did not approve the use of coronavirus relief funds for the additional $100 weekly benefit. The Kansas Department of Labor began accepting self-certification and processing payments early this month.

Finally, Wisconsin, which has been approved for up to six weeks of benefits, said the process of upgrading systems to allow for the distribution of benefits from this program is expected to be complete by the end of this month. Payments will then be made retroactively until funds run out.

In order to qualify for these supplemental benefits, you must have been getting at least $100 a week in regular unemployment assistance during the coverage period—which starts the week ending Aug. 1. And you must have lost income, or a job, as a result of the coronavirus pandemic.

In many states, the additional benefits will automatically be distributed to those who qualify. But some states require that you self-certify first. Check with your state labor department if you haven’t yet received the retroactive supplemental benefits, but believe you are eligible.

It is likely that supplemental unemployment benefits will be included in the next stimulus aid package, as both political parties agree that additional aid is needed. But it’s not clear how much those benefits could be or when they would go out.

On Saturday, U.S. Senate Majority Leader Mitch McConnell (R-KY) said the Senate will vote this Wednesday on a narrow $500-billion stimulus proposal, which will include more federally expanded unemployment benefits, though he didn’t specify how much those supplemental benefits would be.

Could Your Unemployment Benefits Run Out Before New Stimulus Aid is Passed?