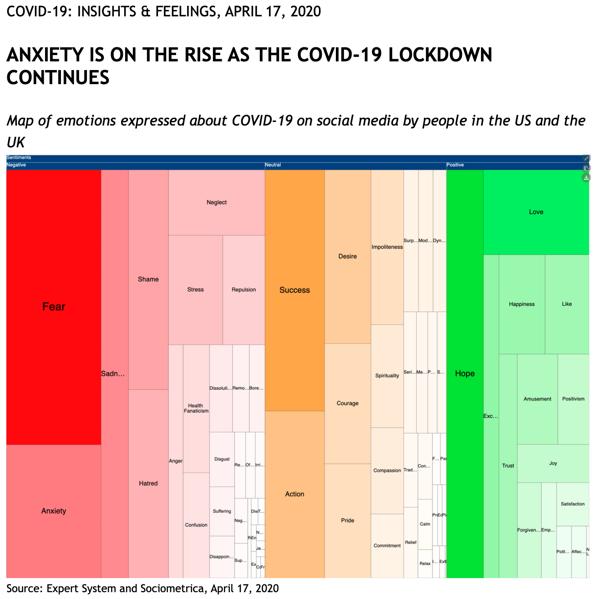 An Italian artificial intelligence (AI) company that specializes in natural language reading and semantics is using its AI tech to extract emotions and sentiment from 63,000 English-language social media posts on Twitter every 24 hours to create a semantic analysis of people’s feelings during COVID-19.

Expert System collects the data in the same time frame – 10 am EST (3 pm CET) on the same day of each week. The data is analyzed every 24 hours and interpreted by Sociometrica. The company applied the most frequently used hashtags related to coronavirus to analyze the data such as  #coronalockdown, #covid19, #coronavirusuk, #stayathome, #stayhomesavelives, #coronaviruspandemic, #clapforourcarers, #isolationlife. 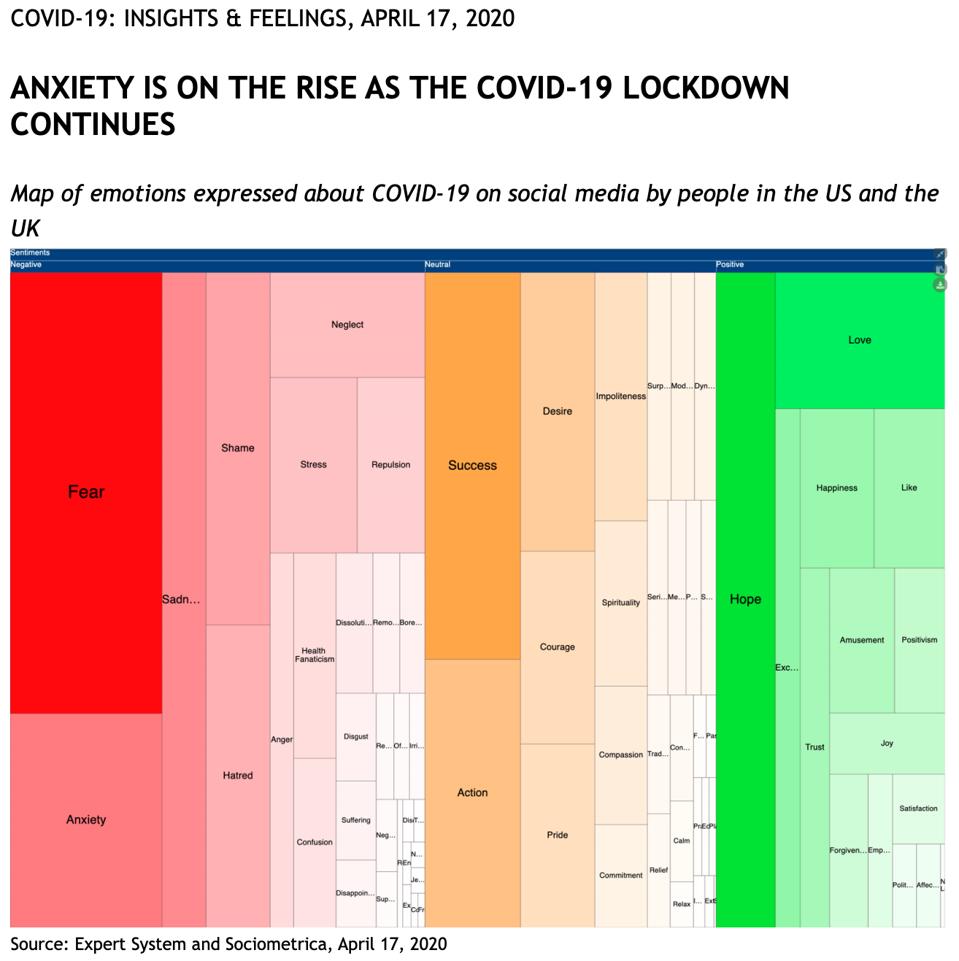 Expert Systems and Sociometrica analyze the sentiment of 63,000 social media posts each day to … [+] determine the emotional state of the internet in response to COVID-19

Walt Mayo, CEO of Expert System Group, said that social media sentiment analysis shows that fear and anxiety around the Corona crisis and how it is unfolding and the efforts to combat it dominate communications.

“We also have seen growing criticism of individual behavior that is considered irresponsible and goes against advice to follow social distancing and other recommendations to “flatten the curve,” added Mayo. “But we also have seen growing expressions of gratitude toward health care workers and emerging signs of hope more broadly.”

Mayo believes it’s important to monitor people’s sentiment changes because some of the success of the anti-virus strategy depends on the behavior of individuals. From the data, the general trend shows that fear is the most widespread emotion.

Mayo says that sentiment data two weeks ago in early April indicated that people were afraid because they wanted to return to their normal life; they were insisting on answers both regarding the progression of the pandemic and actions to combat the virus. “Strong criticism was leveled at those who didn’t respect safety distancing rules and other behavior [..] that would prevent the spread of the virus,” said Mayo.

“The days preceding Easter were a turning point, with more positive emotions correlated to a growing expression of “action” around the commitment to the fight against the virus and the courage of doctors and nurses working at the forefront of the fight and the confidence in science,” said Mayo.

April 17, 2020, data showed positive emotions, including hope and love expressed towards health care personnel, showed a slight increase from 21.6% to 23.9% in 24 hours.