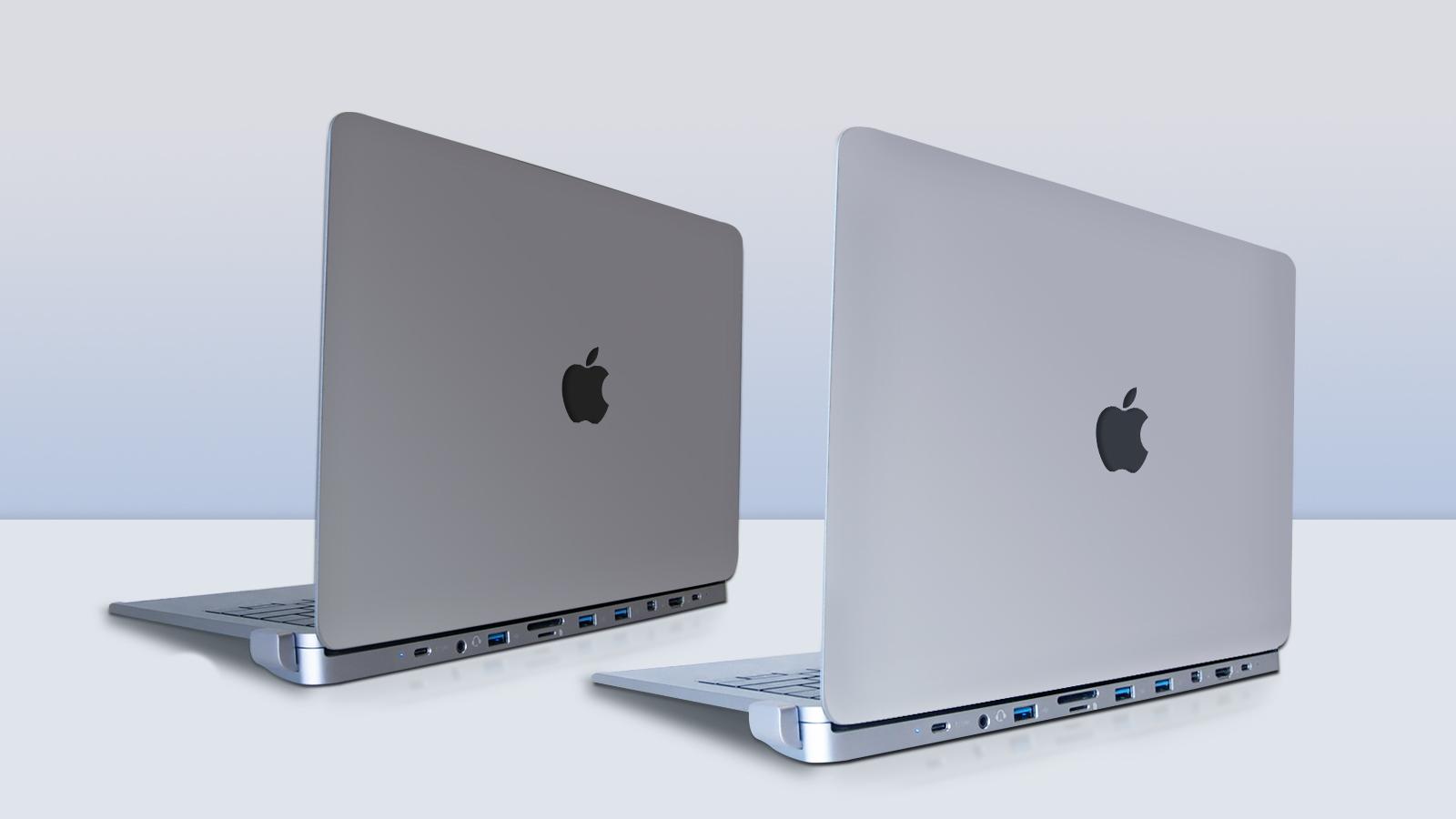 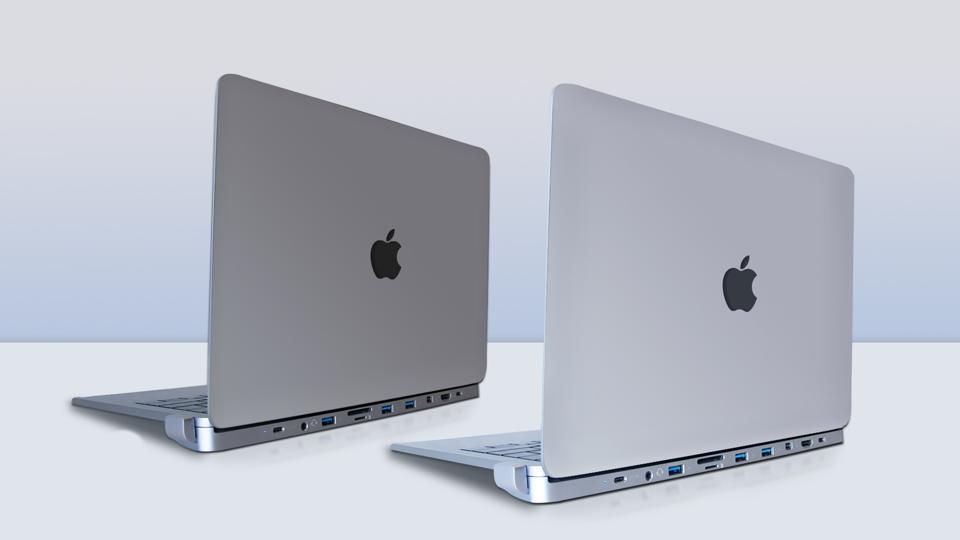 The DGRule discreetly tucks under the rear of the MacBook Pro

MacBook Pro docks tend to have two things in common: they’re bulky and they’re expensive. The DGRule Invisible Hub breaks both of those rules.

This Kickstarter project absolutely smashed the doors down on its funding target, with 3,695 backers (including me) helping it achieve 6,712% of its $5,000 funding goal. My Invisible Hub finally arrived a couple of days ago, three months after schedule, following several production delays and the small matter of a worldwide pandemic.

Was it worth the wait? Absolutely.

What is the DGRule Invisible Hub?

The DGRule is a wedge-shaped dock that slides under the rear of your MacBook Pro, tilting the keyboard towards you.

It’s not quite “invisible” – you see two little clips on either side of the laptop when you’re sitting in front of it, but it’s definitely much more discreet than most comparably featured docks, which take up a chunk of desk space. What’s more, the hub doesn’t need its own power supply – you plug your MacBook charger into the back of it. If there’s not much space on your workstation, the DGRule should definitely be on your shortlist.

The hub comes in different sizes to suit various MacBook models, including all of the 13in, 15in and 16in MacBook Pro models released from 2016 to 2019. I ordered the version for the MacBook Pro 16in released last year.

How does it attach to the MacBook? 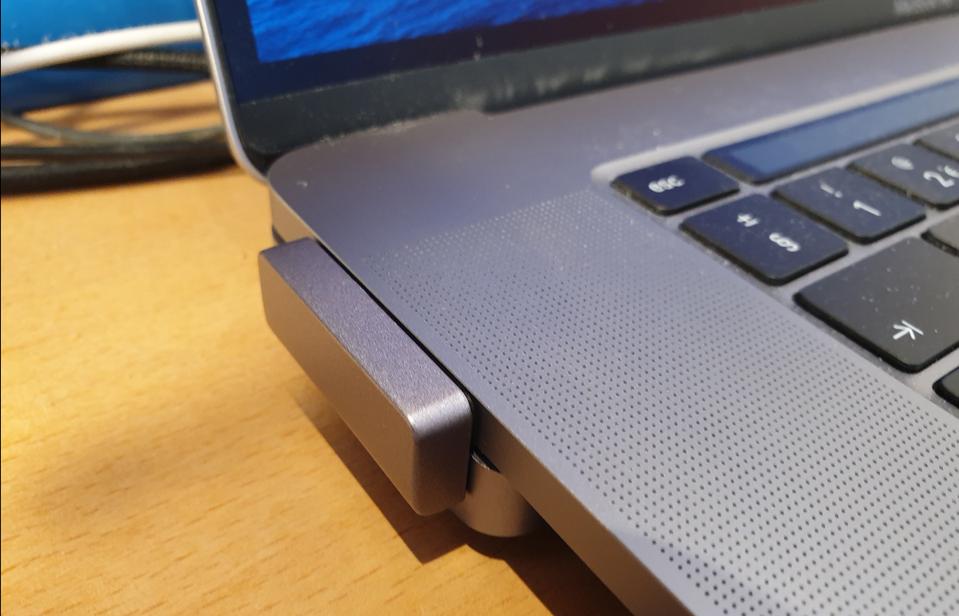 This docking procedure can be fiddly. The first time I used it, the left-hand clip wasn’t full inserted into the USB-C sockets on the left-hand side, and it needed a firm wiggle to seat it properly. I do also wonder how much punishment those two clips on either side will take, as they don’t feel remarkably robust.

The DGRule offers the following ports:

The HDMI and the MiniDisplayPort offer support for 4K screens at up to 30 frames per second, but if that’s not enough for you, the Thunderbolt 3 supports up to 6K resolutions or up to two 4k screens at 60Hz.

On the data front, the Thunderbolt 3 port supports maximum transfer speeds of 40Gbits/sec with a maximum power delivery of 100W to connected devices. The three USB 3.1 ports offer up to 5Gbits/sec and have a shared maximum power output of 5V/1.5A. 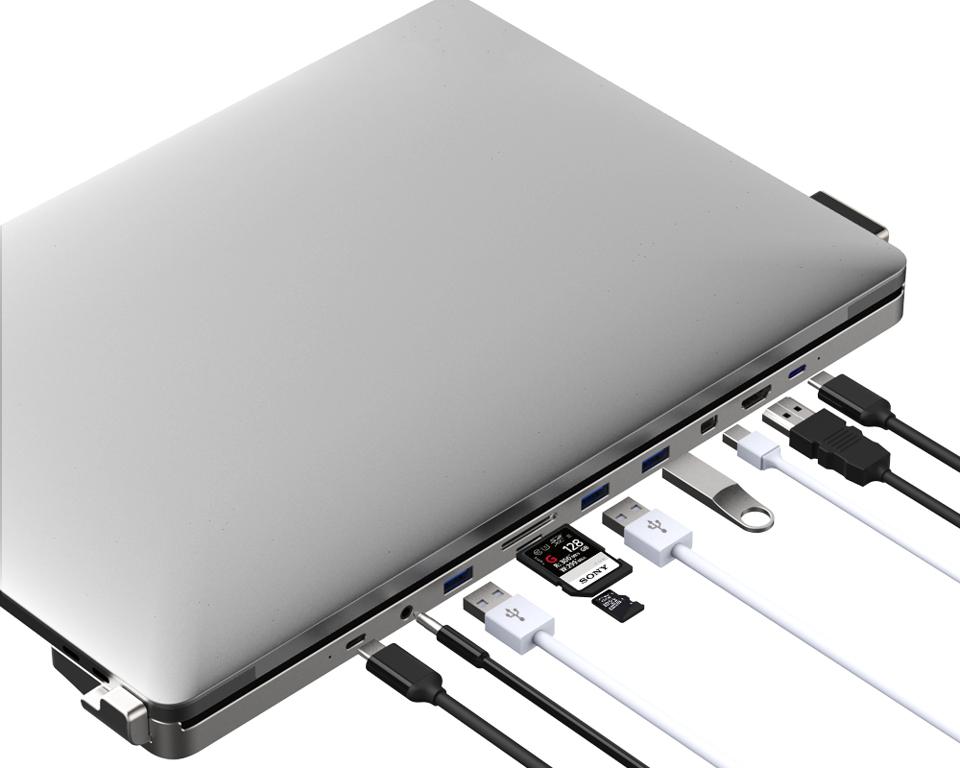 The DGRule has most of the ports you’ll ever need

The list above is a little disingenuous, in that the USB-C port is occupied by the laptop’s charger, if you need that plugged in. But bear in mind, this is sold as a portable dock, meaning that it doesn’t need to be powered and you can take it on your travels and plug in all manner of accessories, memory cards etc.

The other thing worth noting for MacBook Pro 16in owners such as myself is that you get the full 100 watts of power throughput from the MacBook’s charger. Rival, much more expensive docks such as those From Belkin and OWC only supply 85W of charge, which isn’t enough to charge the MacBook Pro 16in, meaning you also have to plug in the laptop’s adapter.

One major omission from the DGRule’s port line-up is an Ethernet socket. That can be partly mitigated by ordering a USB-C-to-Ethernet adapter from the company ($5), but there is an element of buying a dog and barking yourself.

The king of the docks

I’ll be honest with you, I was more than a tad nervous the first time I plugged an unknown startup’s device into my brutally expensive MacBook, but I’ve not had any problems to date. I was wary of overheating issues, but the fans don’t seem to have kicked in any more than they do normally and I’ve been keeping a close eye on CPU temps with Fanny and have noticed nothing out of the ordinary, even when playing demanding games such as Fortnite.

All told, the DGRule is the most complete dock I’ve found for the MacBook Pro. It works at the desk or when you’re out and about, it takes up next-to-no desk space, and it even raises the MacBook’s keyboard into a more comfortable typing position, which likely helps dissipate heat too.

(Update: I have noticed one other drawback in continued testing – the DGRule does seem to interfere with reception on my Bluetooth speakers. If you rely on Bluetooth audio instead of the wired audio out, you might want to swerve this device. My Bluetooth mouse and keyboard were unaffected.)

I haven’t even got to the good part yet, either. All this comes for as little as $109 (£87) via a second crowdfunding effort on IndieGoGo, which is a third of the price of rivals such as the Belkin Thunderbolt 3 Dock Pro. Hurry up if you want one, though, as there were only a few left at the time of writing.