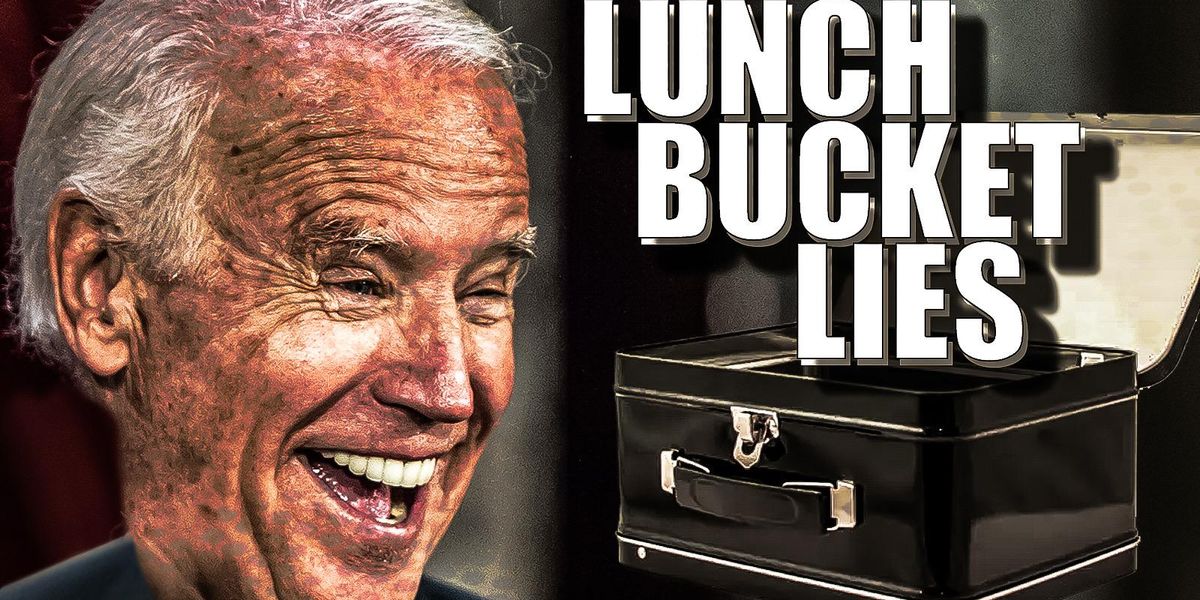 “Lunch Bucket Joe” Biden lies again, claiming the Trump administration did not have enough vaccines ready for distribution when the Biden administration is actually following the Trump playbook and trying to take the credit, BlazeTV host Mark Levin said of President Joe Biden’s remarks at a Pfizer manufacturing site on Friday.

On a recent episode of “LevinTV,” Levin played a video clip from Biden’s speech in which the president claims, “Just over four weeks ago, America had no real plan to vaccinate most of the country. My predecessor — as my mother would say, ‘God love him’ — failed to order enough vaccines, failed to mobilize the effort to administer the shots, failed to set up vaccine centers. That changed the moment we took office.”

“This is such a lie. It is so outrageous,” Levin declared. “They didn’t fail to order enough vaccines. The plants that produce the vaccines can only produce so many. […] What is amazing, is that people are being vaccinated before a year was completed from when we were hit by the Chinese virus.”

“Ladies and gentlemen, we were always going to have enough vaccine supplies for all Americas,” Levin said. “This guy started out as a plagiarist, and he’s going to end as a plagiarist … Joe Biden will be taking a bow some time this summer for all his ‘great work’ and the effort of his administration.”

Watch the video clip below to hear more from Mark Levin:

To enjoy more of “the Great One” — Mark Levin as you’ve never seen him before — subscribe to BlazeTV — the largest multi-platform network of voices who love America, defend the Constitution and live the American dream