These days, it’s not just about making a fresh start. By making a big move, you might be able to get rich at the same time. Northwest Arkansas has just announced that it will pay new residents $10,000 to move to an area that is known as one of the best places to live, thanks to its low cost of living, outdoor activities, world-class arts institutions and a per-capita income that’s 14% higher than the national average. It’s similar to programs created by a village in Italy, the city of Tulsa, Oklahoma and the state of Vermont, which have all made headlines by offering to pay people to move there.

The latest get-rich-quick scheme has been created by the Northwest Arkansas Council, which is investing more than $1 million in a plan to lure new residents. In addition to the $10,000 stipend, Northwest Arkansas’s Life Works Here initiative will throw in a street or mountain bike so that new residents can explore the area’s 162 miles of paved trails and 322 miles of mountain biking trails, not to mention the Ozark Mountains. Not into biking? You can choose an annual membership to one of the local cultural institutions like the Crystal Bridges Museum of American Art, which was started by Walmart heir Alice Walton, America’s richest art collector.

READ MORE: “Leave America: How To Get A Second Passport (For Free) And Live Abroad” 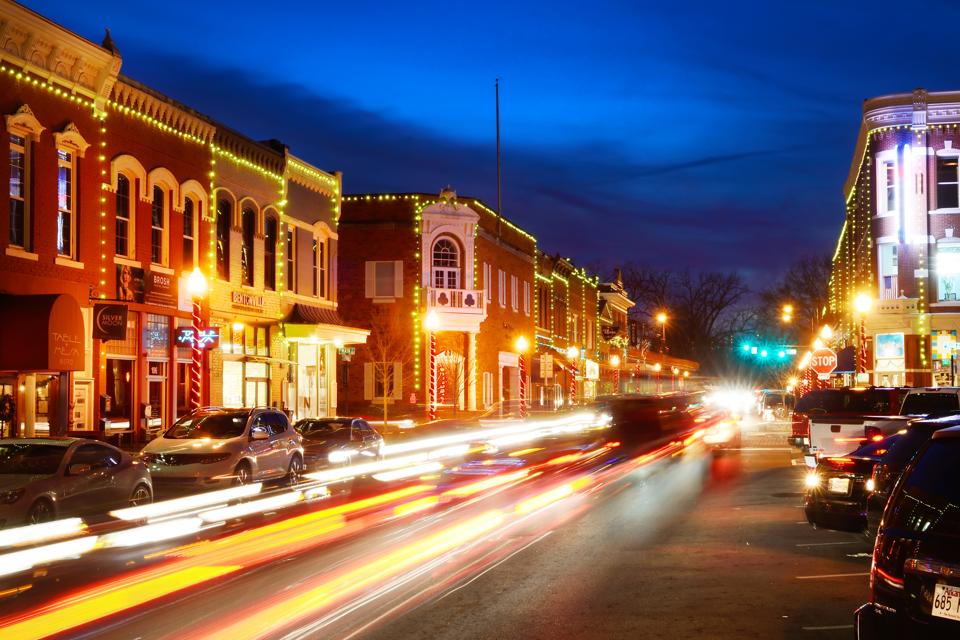 A busy evening in downtown Bentonville, a town in Northwest Arkansas, which is paying people to move … [+] there.

According to Nelson Peacock, president and CEO of the Northwest Arkansas Council, the area wants to attract top talent, as well as remote workers. “Northwest Arkansas has one of the fastest growing economies in the country, but we must increase our STEAM and entrepreneurial talent to ensure economic growth in the future,” says Peacock, who points out that there are more than 10,000 job openings right now and a shortage of people to fill available STEAM jobs.

The timing couldn’t be better. Trends show that people have been fleeing the hectic pace of major U.S. cities in search of greater work-life balance, more flexibility and other opportunities—and the numbers have been skyrocketing. Arkansas was recently ranked the sixth most popular state to move to during the coronavirus pandemic. 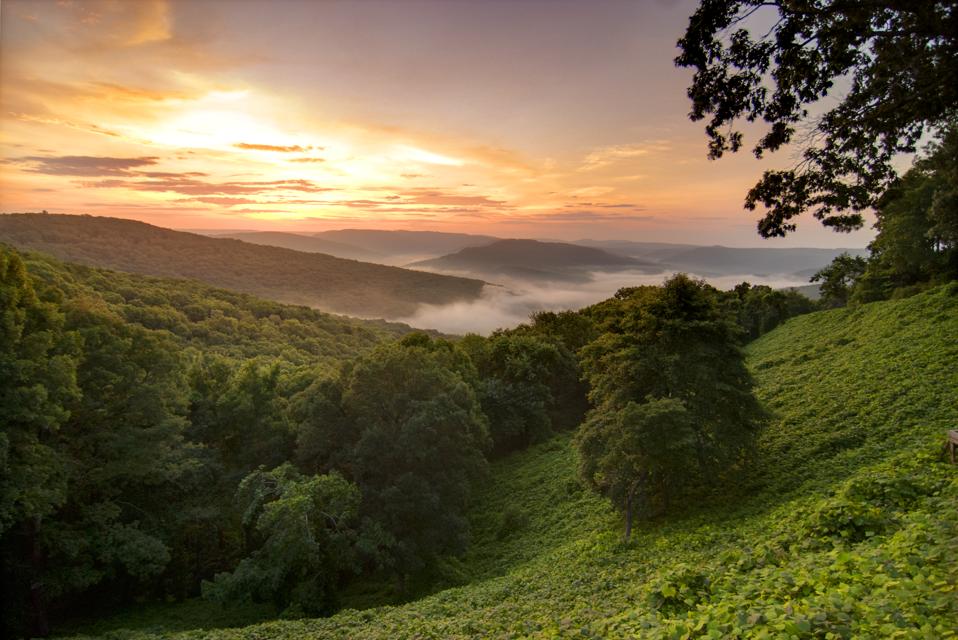 View of a sunrise in the Ozark Mountains of Arkansas.

Peacock says that the area is capitalizing on the moment. “Right now we know a lot of people are re-evaluating their priorities and their lifestyle,” he says. “We are seizing the opportunity to capture attention at this time when many employers have extended work from home opportunities and employees—knowing they can work from anywhere—are reconsidering where they are living and what they are prioritizing.”

Peacock himself is a transplant of sorts. Although he went to college in the area, he left and spent 20 years living in Washington D.C. and in the Bay Area. He says that when his friends on the coasts ask him why he moved back, he shares the simple anecdotes about his daily life in Northwest Arkansas: a commute that went from ten-plus hours a week to one hour; attending more cultural events than he did in a big city because they are affordable and accessible; eating dinner cooked by a James Beard award-winning chef without having to wait a month for a reservation; and an ability to save for his kids’ college instead of paying inflated housing prices. “When I share these anecdotes, I literally hear my friends pause to consider their own balance,” he says. “Life works here.”

Leave America: How To Get A Second Passport (For Free) And Live Abroad

News DSMW - May 17, 2021
0
Get ready for a howling good time! The Voice Live Shows have added another famous crooner to their lineup of performers. Australian rapper Masked Wolf (AKA Harry Michael) is slated to... ...

News DSMW - May 17, 2021
0
Welcome to E! News' series on women who are leaders in their fields and masters of their craft. Spanning industries and experiences, these powerhouse women answer all the questions you've... ...
MORE STORIES

See Which Viral Rapper Will Have The Voice Fans Howling With...

From Aerobics Class to the Courtroom: How Laura Wasser Became Hollywood’s...