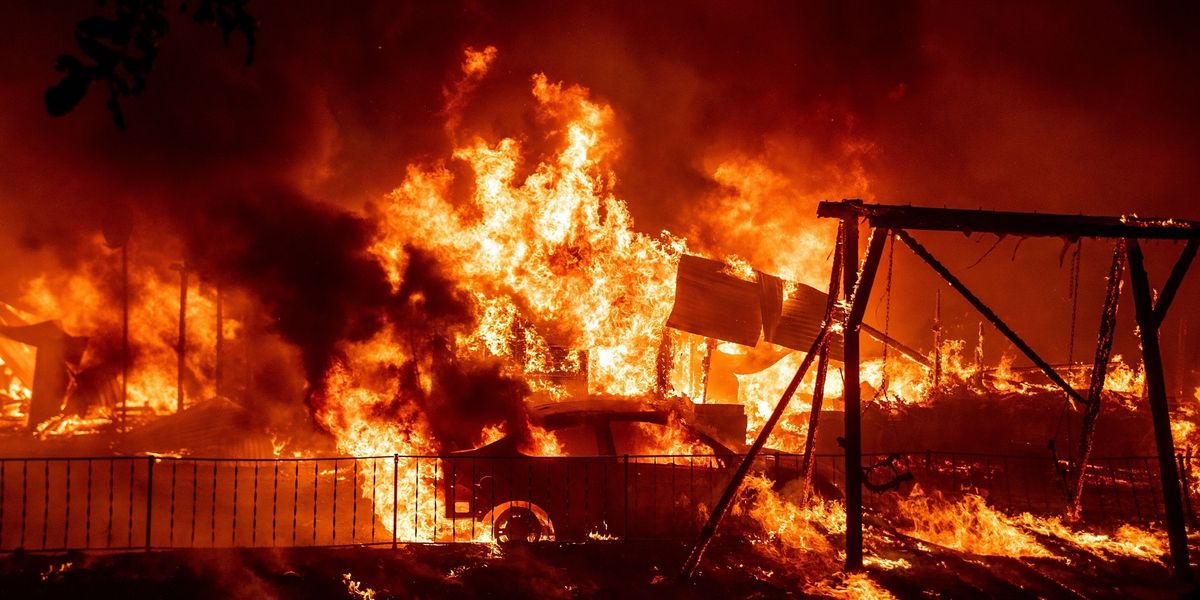 Thousands of Oregonians have been forced to evacuate their homes as high winds hastened the spread of raging wildfires in several Western U.S. states on Wednesday, and hundreds of residences have been lost in the flames.

The Washington Post reported that “tens of thousands” of Oregon residents have fled their homes in recent days, some through personal necessity and others triggered by government orders to leave immediately as blazes ravaged not only vast forestland but residential areas where hundreds of homes have already been consumed.

Jackson County, Ore. resident Beth Zerkel and her family had to abandon their home. Zerkel told The Post, “I don’t have anything with me. I wasn’t able to pack. Now I understand when people say they left with just the shirt off their back.”

She added, “There are people going into parking lots and sleeping in their cars with their cats and dogs because there’s no place to go.”

The Associated Press reported “fires trapped firefighters and civilians behind fire lines in Oregon and leveled an entire small town in eastern Washington” on Wednesday.

Oregon Gov. Kate Brown (D) warned, “This could be the greatest loss of human life and property due to wildfire in our state’s history,” noting that no fatalities from the fires had yet been confirmed.

In neighboring Washington, a 1-year-old boy was killed in a wildfire in the northern part of the state, The New York Times reported.

Early Wednesday, officials counted more than 85 wildfires burning in California, Oregon, and Washington. The New York Post reported in the afternoon that ” 96 large fires are burning in 12 states and scorched more than 3.4 million acres (5,300 square miles — about the size of Connecticut).”

Two million acres have been consumed in California alone, according to UPI. The outlet reported that “record heatwave temperatures fueled numerous wildfires over the Labor Day weekend.” The fires in recent days have pushed California to 2.3 million acres burned in 2020, which is a new record for the state.

The fires caused the sky to turn hues of red and orange in several parts of West Coast states, leading people to share photos and videos on social media showing the eerie scenes.

CBS News reported that “according to NASA, the color-changing skies are a result of smoke particles, which block certain wavelength colors from the sun.”