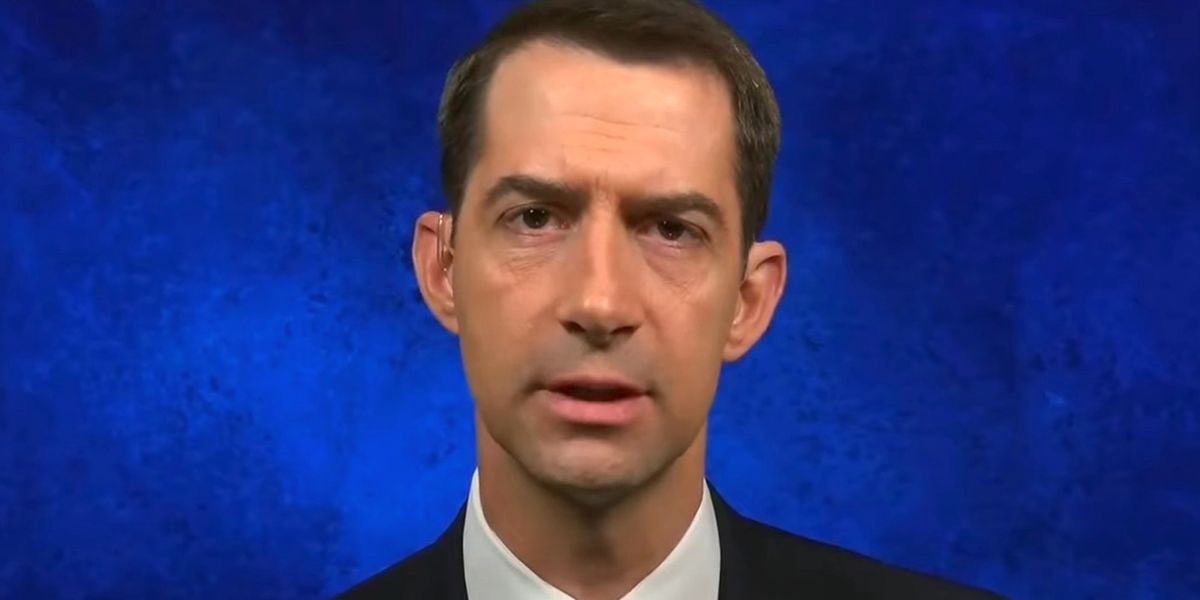 Sen. Tom Cotton (R-Ark.) said that he believed China purposely seeded the coronavirus in other countries in order to maintain their relative global power.

Cotton made the stunning accusations in an interview with Pat Robertson at CBN News.

“I think it’s pretty clear that China is culpable for unleashing this pandemic on the world,” said Cotton.

“First off, as you just reported, all the evidence, circumstantial to be sure, but all the evidence right now points to these laboratories in Wuhan as the most likely source for this virus. Perhaps it was an accidental breach that resulted from Chinese incompetence, but still they knew the risks, they knew the shortcomings in those labs,” he explained.

“But even worse, by late December, early January, once it became clear to the Chinese communist party leaders that this virus was highly contagious and deadly and was being transmitted from humans to humans, they continued to encourage travel outside of China to the rest of the world,” said Cotton.

“I believe that was a deliberate decision that was designed to seed cases around the world so China wouldn’t be the only nation that suffered a relative decline of its power,” he claimed.

“That’s why I think China is culpable for this pandemic,” Cotton concluded, “and why there has to be consequences for them.”

Robertson was stunned at the accusation from Cotton against China, prompting the senator to list the many human rights violations of the communist government, including concentration camps against religious minority groups.

“They force women to have abortions, they harvest organs from political prisoners. And of course their communist forebears in the Chinese communist party, going back to the 1940s, are responsible for the deaths of tens of millions of their own people,” said Cotton.

“Those kinds of people would think of nothing of putting this virus outside of China’s borders, if that’s what it took to maintain China’s relative power in the world,” he concluded.

Robertson highlighted the growing possibility of a military conflict over Chinese aggression in the South China Sea. Cotton dismissed any military conflict but said that China had to face some punitive consequences for their actions.

Here’s the interview with Cotton: