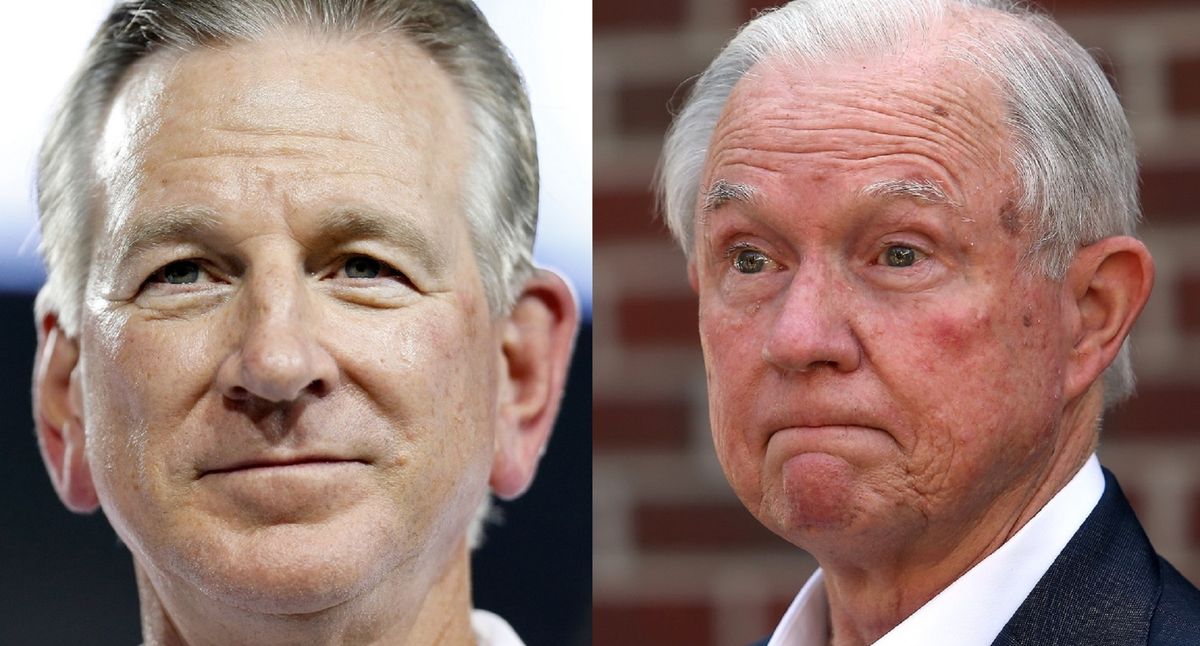 Business Insider reported that the race was officially called for Tuberville citing Decision Desk HQ, and RealClearPolitics indicated that the former head coach was ahead with 62.5% of the vote compared to Sessions’ 36.5% with 60% of the precincts reporting.

The defeat means Sessions has lost the opportunity to take back the U.S. Senate seat he held for 20 years before giving it up in 2017 to serve as attorney general for President Donald Trump.

Tuberville will face Sen. Jones on Nov. 3, and the Democrat is considered incredibly vulnerable considering President Trump won the state by 27 points in 2016.

President Trump endorsed Tuberville in the race against his former AG, and publicly condemned Sessions several times since he announced his candidacy last year. Sessions fell out of favor with the president after recusing himself from overseeing the investigation into Russian interference in the 2016 election.

After the results were announced Tuesday, President Trump tweeted, “Wow, just called! @TTuberville – Tommy Tuberville WON big against Jeff Sessions. Will be a GREAT Senator for the incredible people of Alabama. @DougJones is a terrible Senator who is just a Super Liberal puppet for Schumer & Pelosi. Represents Alabama poorly. On to November 3rd.”

Wow, just called! @TTuberville – Tommy Tuberville WON big against Jeff Sessions. Will be a GREAT Senator for the in… https://t.co/Xwm1DtTib8

Stalnaker added, “This is an election without a candidate — Tommy Tuberville has been largely quiet and unseen for weeks now.”

The Hill reported that “the runoff comes months after the state’s Republican primary in March, where Sessions received 31.6% of the Republican primary vote and Tuberville garnered 33.4%. Rep. Bradley Byrne (R-Ala.) came in third with 25% of the vote.”

A recent poll conducted by Auburn University at Montgomery showed that Tuberville is favored in the November general election against Jones, 44% to 35%. That same poll showed Republicans favored Tuberville over Sessions in the runoff, 47% to 31%.