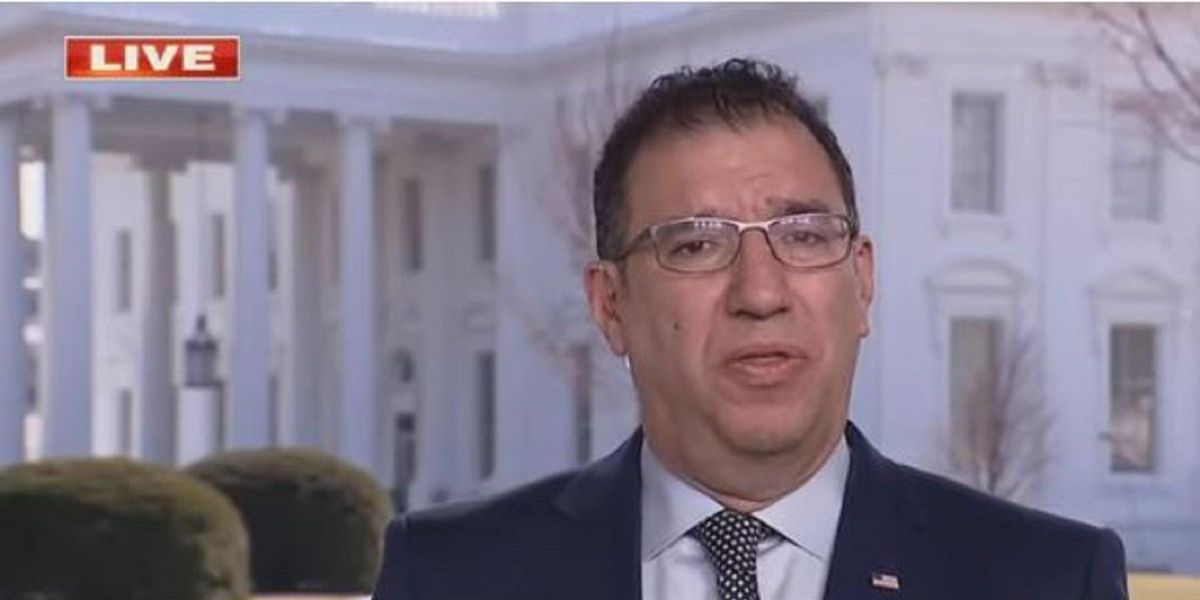 Andy Slavitt said he would “absolutely” tip his hat to them for their accomplishments.

Slavitt told Fox News that he was grateful for the work done on vaccines prior to Biden taking office, saying, “I would absolutely tip my hat” when asked by host Bill Hemmer about his take on the success of Operation Warp Speed.

“This is a scientific process that actually began more than a decade ago with scientists inside the NIH…creating this mRNA vaccine,” Slavitt said..

He added, “I think the Trump administration made sure that we got — in record time — a vaccine up and out. That’s a great thing and something we should all be excited about.”

Hemmer then asked Slavitt why other members of the Biden administration “were talking about the shelves being empty,” noting, “on inauguration day, you had what. 1.5 million shots in the arms of Americans.”

“Look, I don’t think this is an effort to point fingers,” Slavitt replied.

The Biden administration has previously said that the Trump administration left them “a mess” on Covid vaccination and President Joe Biden himself called Trump’s vaccine rollout in the early days a “dismal failure.”

Vice President Kamala Harris even told Axios last month that the Biden administration had to start from “scratch,” a claim Dr. Anthony Fauci had shot down weeks prior when he said “we certainly are not starting from scratch” on vaccine distribution.

Slavitt was also asked whether Biden would give Trump any credit for his role in the vaccine rollout when the president addresses the nation Thursday evening.

“He will try to look forward and talk about the commitments that he has made and that we’ve got to make to getting the country vaccinated, to getting people back up and standing,” Slavitt replied. “Our view is there really are no bad guys here. We are going to succeed together or we are going to fail together.”

President Trump issued a statement this week reminding the American public of the success of Operation Warp Speed, writing, “I hope everyone remembers when they’re getting the COVID-19 (often referred to as the China Virus) Vaccine, that if I wasn’t President, you wouldn’t be getting that beautiful ‘shot’ for 5 years, at best, and probably wouldn’t be getting it at all. I hope everyone remembers!”