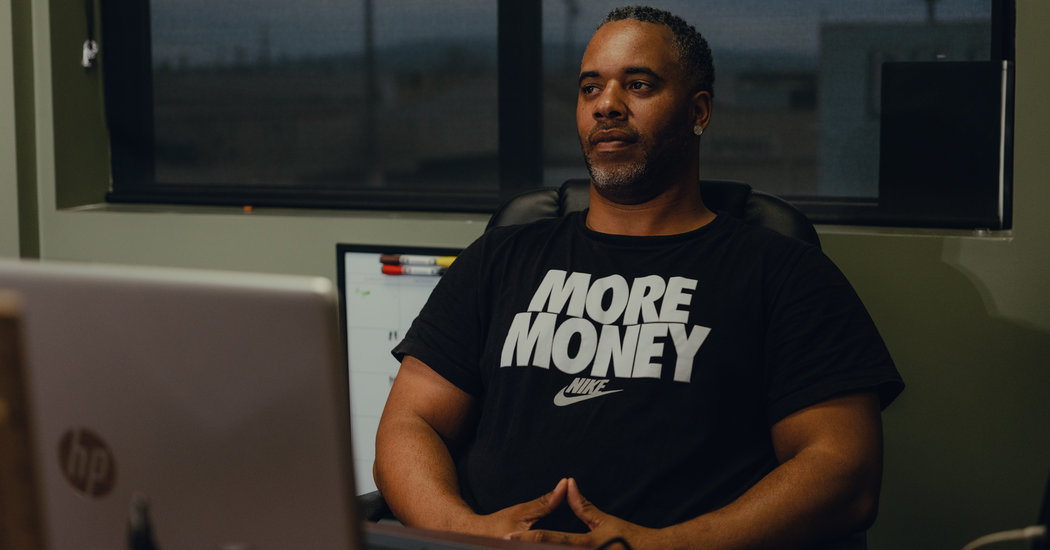 The trade war is de-escalating, at least for now. But the economic damage it caused could be far from over.

Two years of tit-for-tat tariffs and on-again-off-again trade talks have left American farmers reeling. The manufacturing sector is in a recession, albeit a relatively mild one, and factory employment declined in December after rising slowly for most of last year. And in recent months, there have been signs that the damage is spreading: Railroads and trucking companies have been cutting jobs, and consumers — at least in the parts of the country most affected by the trade disputes — may be pulling back as well.

“Even if manufacturing started to recover, there’s still going to be some continuing cutbacks in nonmanufacturing industries as they start to respond,” said Michael Hicks, an economist at Ball State University in Indiana. “The full effect of the layoffs hasn’t really been transmitted to the full economy yet.”

Events last week in Washington signaled a shift from confrontation to conciliation. President Trump signed a preliminary trade deal with China that, if fully carried out, would increase American exports and prevent new tariffs, though it will not remove most duties already in place. And the Senate approved an overhaul of the North American Free Trade Agreement, which now awaits Mr. Trump’s signature.

Experts said the agreements should help restore confidence among business leaders after months of trade-related uncertainty. But even if those deals hold, the ripple effects of the trade war could take time to dissipate.

Other factors are also hurting manufacturing. A global economic slowdown — caused partly, but not entirely, by trade tensions — has curbed demand for American products abroad. Falling energy prices have led to a pullback in oil drilling and reduced the need for oil field equipment. Boeing’s recent decision to halt production of its troubled 737 Max aircraft has sent shock waves through the company’s vast supply chain; economists at Moody’s Analytics estimate that the shutdown could shave half a percentage point off first-quarter economic growth.

But economists say there is little doubt that trade has been the driving force of the industrial slowdown, with implications for the rest of the economy. The spillover effects are clearest in the transportation sector, where business slowed for railroads and trucking companies as trade slumped last year.

Freight volumes fell 7.9 percent in December from a year earlier, the greatest year-over-year decline since the recession a decade ago, according to data from Cass Information Systems. More than 10,000 jobs were cut by transportation and warehouse employers in December, the biggest drop in nearly four years.

Job growth has slowed sharply — from an annual rate of 2.6 percent at the start of 2019 to 1.3 percent at the end — in so-called middle wage sectors that include mining, construction and transportation, according to calculations by Nick Bunker, an economist at the Indeed Hiring Lab. That slowdown is driving the deceleration of job growth across the American economy.

Railroads have been hit particularly hard, analysts said. Ian Jefferies, president of the Association of American Railroads, said the slowdown in trade had led to lower rail volumes in grains and industrial equipment in particular.

“Trade uncertainty has played a pretty large role” in the rail slowdown, Mr. Jefferies said. The recent deals, he added, should “provide some much-needed certainty back into the system.”

To Kevin Luke, who transports goods from the Port of Long Beach near Los Angeles to local distribution centers, the effect of the trade war has been clear and pronounced.

Business was brisk in 2018, with Mr. Luke’s company, KNL Luxury, collecting about $250,000 in revenue, prompting an investment in a second truck. But the slowdown in imports meant the demand he had expected never materialized. In the end, he collected only slightly more revenue in 2019 — just shy of $290,000 — despite having doubled his capacity.

“I tried to invest in the future, I tried to be ready for opportunity,” said Mr. Luke, who has seven children ranging in age from 7 to 19.

If conditions don’t improve, Mr. Luke may have to take up long-haul trucking, which would keep him away from home for long stretches.

“There was almost this one-two punch where we were having this normal supply correction in the market and subsequently we got hit by the trade war,” Mr. Terrazas said.

Mr. Trump and his allies have said the trade deals will deliver a jolt to the economy and lead to faster growth this year. But economists are skeptical. Wall Street analysts expect growth, which is already cooling, to slow further in early 2020, and few have marked up their estimates in response to the trade announcements.

“I think we’re seeing the bottom, but we’re going to bounce around for a period of time before we really see any noticeable growth,” said Eric Starks, chief executive of FTR, a freight research firm. “That is assuming that there are no outside shocks and it seems like every other day a new shock keeps happening.”

Economists said the agreements should help shore up the struggling manufacturing sector and prevent further damage to the economy. But they won’t necessarily heal the damage that has already been done. Companies that shifted supply chains away from China in response to the trade war won’t necessarily move them back now that tensions have cooled, for example. And companies may be hesitant to commit to long-term investments until they see evidence that the trade deals will last.

Manufacturing is a relatively small part of the American economy, and there is little risk that even a sustained slump in manufacturing could, on its own, push the country into a recession. Consumer spending remains robust, and the fears of a downturn that gripped financial markets over the summer have eased.

Still, the factory sector remains the centerpiece of Mr. Trump’s economic appeal to voters, especially in the industrial states that lifted him to the White House in 2016. “This is a blue-collar boom,” Mr. Trump said on Tuesday in a speech in Davos, Switzerland. “We have created 1.2 million manufacturing and construction jobs — a number also unthinkable.”

Only 197,000 of those jobs were created last year, however, a sharp deceleration from the first two years of his administration. The United States created 1.1 million manufacturing and construction jobs in the three years before he took office.

There are signs that in the places most exposed to the trade war — particularly Wisconsin and other Midwestern states — those effects have spread beyond the industrial sector and begun to affect consumers. In a recent working paper, Michael E. Waugh, an economist at New York University, found that automobile sales were growing significantly more slowly in the counties most affected by the tariffs than in the rest of the country. Those places have also seen slower job growth in their retail sectors.

“Things are spilling over in these communities that are relatively more affected,” Mr. Waugh said. “New York is all fine. But there are places in the U.S. that are really struggling.”

The Midwest went through a similar economic soft patch in 2015 and 2016, when falling oil prices and other factors caused a mini-recession in the industrial sector. Mr. Waugh said he saw parallels — although it isn’t clear how they will play out given that this time Mr. Trump is the incumbent.

While some of the effects of the trade war could soon be reversed, others may last longer.

Even in cases where production has been shifted from China to other parts of Asia, including Vietnam and India, West Coast ports may be losers, as exports from the more southerly Asian countries tend to be shipped to the East Coast.

“It’s early days,” said Gene Seroka, the executive director of the Port of Los Angeles. “But it’s enough to notice at this point in time, and we’re watching it very closely.”