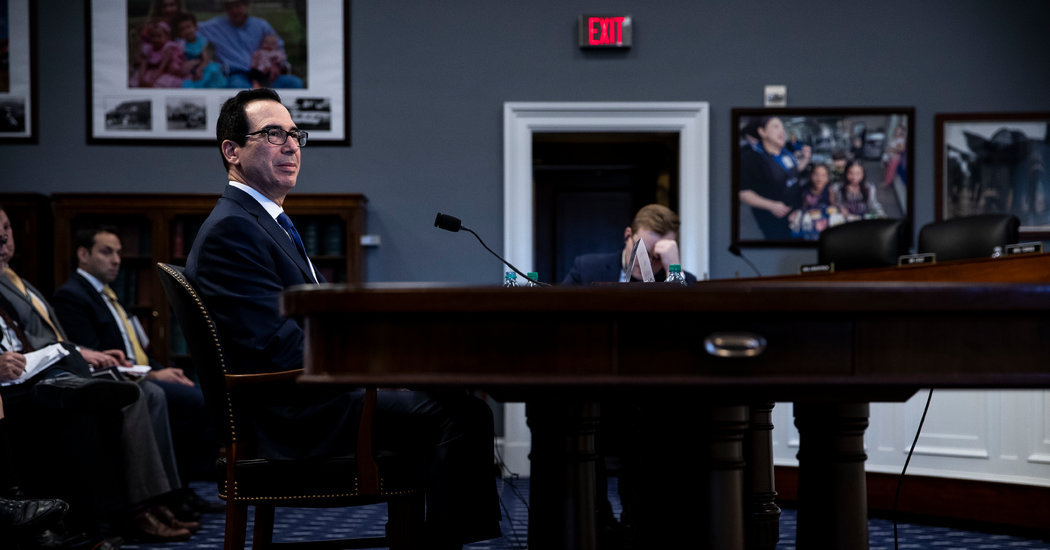 WASHINGTON — The Treasury Department is considering delaying tax payments beyond the April 15 deadline, according to a person familiar with the plans, as taxpayers and the Internal Revenue Service brace for economic disruption from the spread of the coronavirus.

Treasury and White House officials have been discussing the idea of extending the tax deadline over the past week as the administration considers measures to relieve financial pressure on individuals and businesses struggling with fallout from a virus that has closed schools, kept workers at home and disrupted supply chains.

The I.R.S. could extend the tax payment deadline or waive penalties and interest for late payments.

The plan, which was reported earlier by The Wall Street Journal, came as Democrats on the House Ways and Means Committee wrote to Charles Rettig, the I.R.S. commissioner, to ask for an update on the effect of the outbreak on tax filing season and for an evaluation of whether the agency needed to re-evaluate the traditional April 15 deadline.

“We are concerned about the ability of the I.R.S. to provide taxpayer assistance and process returns, as well as the ability of taxpayers, free tax preparation sites, and tax professionals to meet the filing deadline,” the lawmakers wrote. They noted that “the I.R.S. has authority to extend the time for filing any return for six months or less and the authority to waive certain penalties upon a showing of reasonable cause.”

The lawmakers also asked that the I.R.S. consider “the need for relief” from certain filing and payment fees and penalties for people affected by the coronavirus.

Asked after a congressional hearing last week about deferring or delaying tax payments, Treasury Secretary Steven Mnuchin acknowledged that the idea had been discussed but said it was “not something we’re considering at the moment.”

On Monday, as stock markets plunged, President Trump said the administration would consider economic stimulus options, including a payroll tax cut and other relief. During a White House briefing on the virus on Tuesday, Larry Kudlow, the director of the National Economic Council, said the administration could use executive authority to help individuals and businesses, noting that “we have leverage on tax deferral.”

Mr. Mnuchin is holding talks with Speaker Nancy Pelosi about a package of options for stimulating the economy. After a meeting with her on Tuesday afternoon, Mr. Mnuchin said that he was hopeful that a bipartisan agreement could be reached on legislation, but that he was also working on options that the Treasury Department could take unilaterally.

“There are things we can do on our own, and we’re exploring those, too,” Mr. Mnuchin said.

Delaying tax day would also ease logistical problems that the I.R.S. could face if more government workers were forced to work remotely. The tax collection agency has service centers across the country that require staff to have face-to-face contact with the general public.

The Treasury Department and the I.R.S. did not immediately return requests for comment.