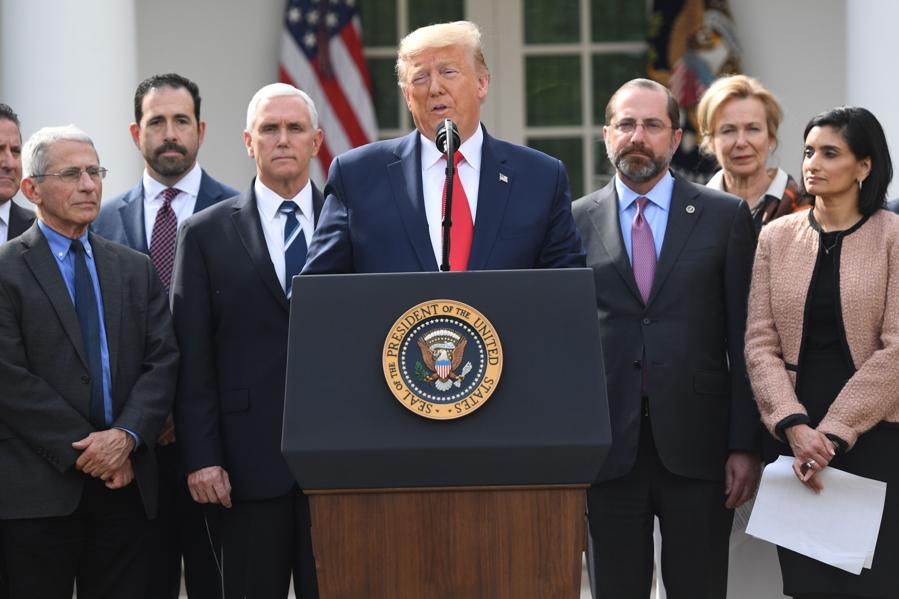 President Trump told the nation in a press conference today today that Google has 1,700 engineers building a website to help detect coronavirus and facilitate country-wide testing. That’s news to Google, which quickly clarified the situation on Twitter.

Google is just one company in the Alphabet holding company.

Apparently a different Alphabet subsidiary called Verily is working on a small-scale Bay-area website for COVID-19 pre-testing triage. The as-yet-unreleased site will help people understand if they should get tested, and then direct them to appropriate facilities.

It is, however, not even in testing yet, and is currently designated only for the Bay Area: San Francisco and environs.

Verily does, however, have “hope of expanding more broadly over time.” 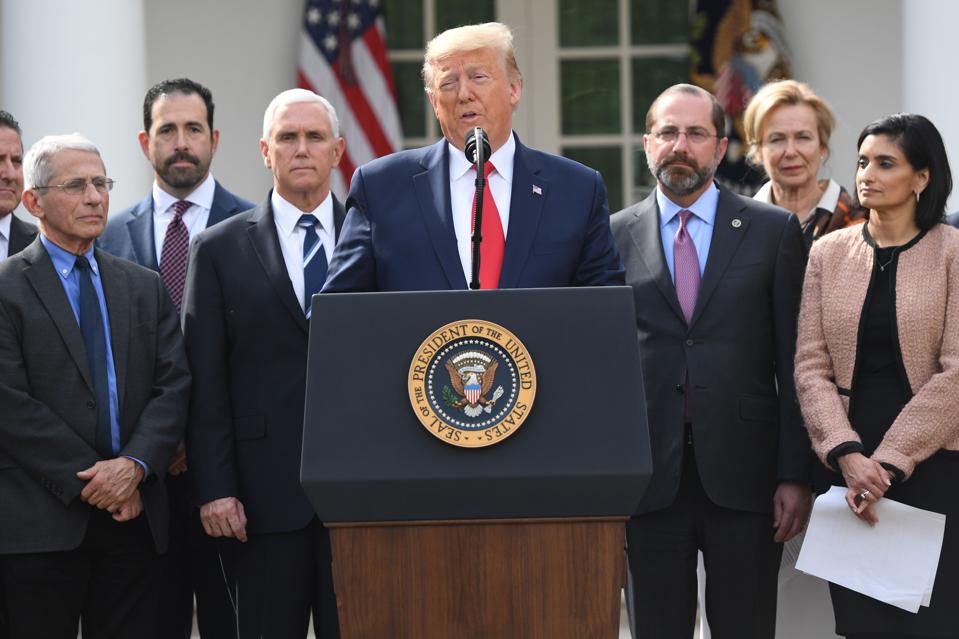 Surrounded by members of the White House Coronavirus Task Force, US President Donald Trump speaks at … [+] a press conference on COVID-19, known as the coronavirus, in the Rose Garden of the White House in Washington, DC, March 13, 2020. – US President Donald Trump declared the novel coronavirus, COVID-19, a national emergency on March 13, 2020. (Photo by SAUL LOEB / AFP) (Photo by SAUL LOEB/AFP via Getty Images)

“Google is going to develop a website — it’s going to be very quickly done, unlike websites of the past — to determine if a test is warranted and to facilitate testing at a nearby convenient location,” Trump said today. “We have many, many locations behind us, by the way. We cover this country and large parts of the world, by the way. We’re not gonna be talking about the world right now, but we cover very, very strongly our country. Stores in virtually every location. Google has 1,700 engineers working on this right now. They have made tremendous progress.”

Google quickly clarified via Twitter that Verily was the company in question, and it was a small-scale project in “early stages of development.”

It’s not shocking that President Trump said “Google” instead of “Alphabet.” Most people in the industry do the same, since Google is such an overwhelmingly large portion of the Alphabet puzzle.

It is surprising that he announced the company’s national participation in a Coronavirus/COVID-19 triage program that would direct high-risk patients to testing centers when there is apparently no such program.

It’s also surprising that President Trump thinks it takes 1,700 engineers to build a website. That 1,700 number comes from, the Verge says, a Google-wide call for volunteers that CEO Sundar Pichai raised last week.

There were no Google or Alphabet representatives speaking at the event in Washington.

Verily is a division of Alphabet that is focused on “making information work better so that healthcare works better.” It is working with multiple health care organizations to analyze health data and improve patient care.