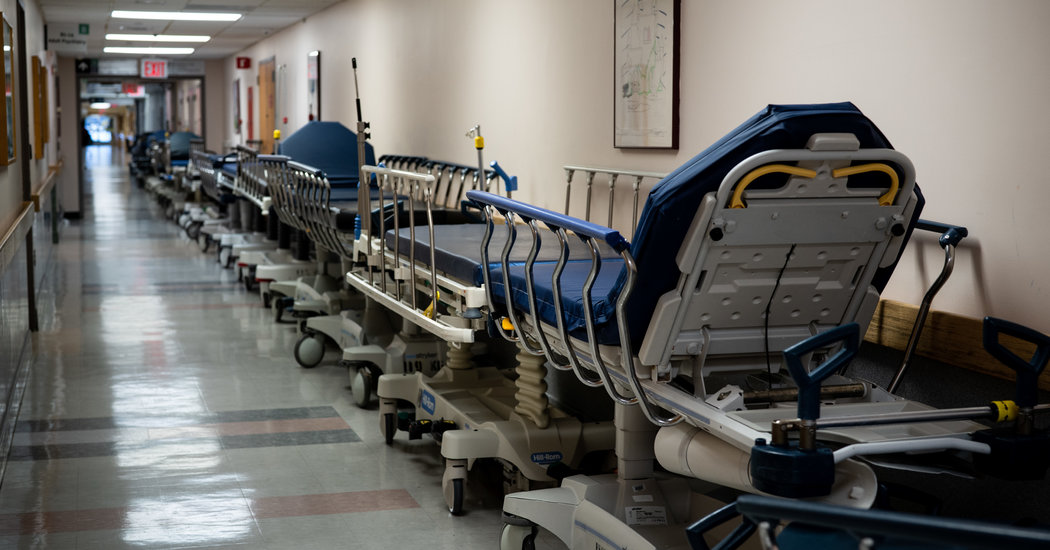 WASHINGTON — The Trump administration on Friday finalized a regulation that will erase protections for transgender patients against discrimination by doctors, hospitals and health insurance companies, a move announced on the four-year anniversary of the massacre at a gay nightclub in Orlando and in the middle of Pride Month.

The rule, which does not differ much from a proposed version released last year, is part of a broad Trump administration effort across multiple areas of policy — including education, housing, and employment, as well as health care — to narrow the legal definition of sex discrimination so that it does not include protections for transgender people.

The Obama administration interpreted the provision about sex discrimination to include discrimination on the basis of “gender identity.” Under the original 2016 rule, health care providers and insurers would have been required to provide and cover medically appropriate treatment for transgender patients.

Roger Severino, the director of the Office for Civil Rights at the Department of Health and Human Services, the unit responsible for the rule, said in an interview Friday that the move was “equivalent to housekeeping,” and that the federal government was “updating our books to reflect the legal reality” that sex discrimination language does not explicitly refer to the legal status of transgender people.

The Obama rule has been tied up in litigation for several years, and the Trump administration has declined to enforce it, citing a court ruling from a judge in Fort Worth. That means that the final rule does not have any immediate practical effects. Other courts that considered identical legal questions found in favor of the Obama administration’s interpretation.

Mr. Severino, who attained prominence as a social conservative before joining the Trump administration, said that health providers were still free to adopt their own gender identity policies, as were health insurers.

“It’s not the role of the federal bureaucrat to impose their own meanings on the words that their representatives have enshrined into law,” he said.

Mr. Severino defended the timing of the rule’s release during Pride Month and on the Pulse massacre anniversary, saying it was “purely coincidental.”

Transgender rights advocates criticized the timing for another reason: the coronavirus.

“It’s really, really horrendous to not only gut nondiscrimination protections, but to gut nondiscrimination protections in the middle of a pandemic,” said Rodrigo Heng-Lehtinen, the deputy executive director of the National Center for Transgender Equality. “This rule opens a door for a medical provider to turn someone away for a Covid-19 test just because they happen to be transgender.”

The announcement also prompted an outcry from the Human Rights Campaign, a prominent lesbian, gay, bisexual, transgender and queer advocacy group, which said it plans to sue the Trump administration.

“We will not let this attack on our basic right to be free from discrimination in health care go unchallenged. We will see them in court, and continue to challenge all of our elected officials to rise up against this blatant attempt to erode critical protections people need and sanction discrimination,” the organization said in a statement.

Mr. Severino, who spent seven years in civil-rights enforcement at the Justice Department and once oversaw the DeVos Center for Religion and Civil Society at the Heritage Foundation, said that the Trump administration would defend the decision in court.

Katie M. Keith, who teaches health law at Georgetown University and has closely tracked this area of civil rights law, said the rule finalized Friday needed to be seen as part of a broad pattern of regulatory changes that eliminate civil rights protections for transgender people and establishes a definition of sex as being biologically determined at birth. That idea “is what they are pushing forward on all of these different policy angles across different agencies,” she said.

Rolling back the health care rule has been a cause for social conservatives since its implementation, including Mr. Severino, who criticized it while at the Heritage Foundation. They have accused the Obama administration of coercing doctors into sexual reassignment operations, procedures that are typically handled by specialists. Another rule issued by Mr. Severino’s office last year would provide additional “conscience” protections for health care workers with religious or moral objections to certain types of care. That rule has been voided by several federal courts.

The rule also reverses other provisions of the original Obama-administration interpretation of the statute. It eliminates anti-discrimination protections for patients with a history of pregnancy termination. And it rolls back requirements that providers and insurers must routinely notify patients about the availability of foreign language translations of important documents.