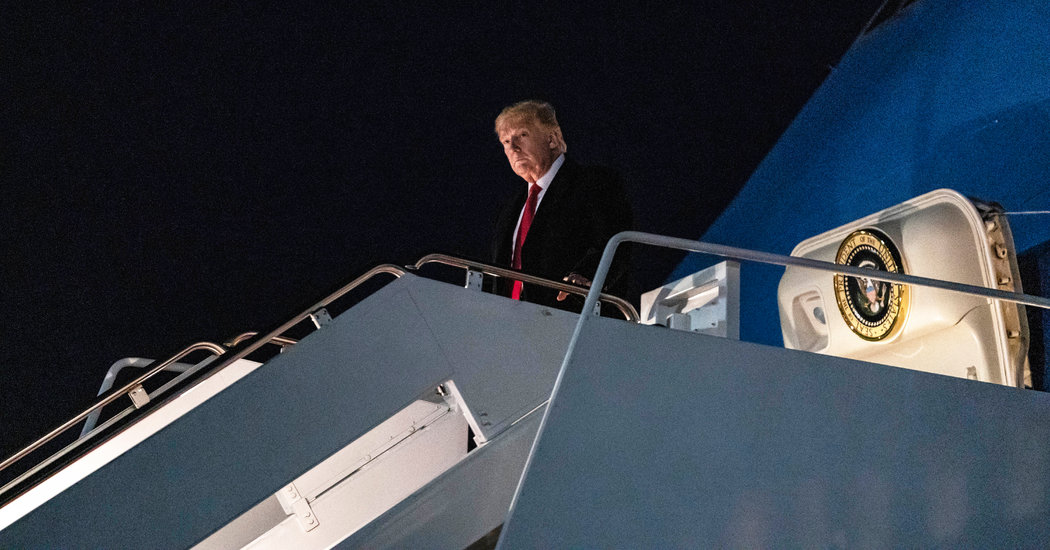 WASHINGTON — President Trump lashed out at Democrats on Thursday over their impeachment efforts on his first morning back in Washington since his trial in the Senate began hearing the arguments against him.

Most of the president’s early-morning Twitter blitz was reprisals of his favorite insults and quoting personalities on Fox News.

The Democrats & Shifty Schiff, whose presentation to the Senate was loaded with lies and misrepresentations, are refusing to state that the Obama Administration withheld aid from many countries including Ukraine, Pakistan, Philippines, Egypt, Honduras, & Mexico. Witch Hunt!

It is not clear how much of the trial Mr. Trump has watched live. Democrats acting as prosecutors and the president’s legal defense team each have 24 hours over three days to make their cases for and against removing Mr. Trump from office. Under the trial rules, senators must remain silent in the chamber or face imprisonment. And no electronics are allowed in the space for easy tweeting.

So far, this has meant long segments of presentations from the Democratic impeachment managers without interruptions from the president’s lawyers or Republican allies who could push back against the accusations.

Mr. Trump repeated his argument that he was not allowed lawyers or witnesses during the Democrat-led House impeachment inquiry, though in fact he was invited to take part in the House Judiciary Committee’s inquiry. He refused, and blocked administration witnesses from testifying.

During an impromptu news conference in Davos on Wednesday, Mr. Trump said he would like witnesses from his administration to testify during the Senate trial but, that in some cases, his hands were tied because of national security concerns.