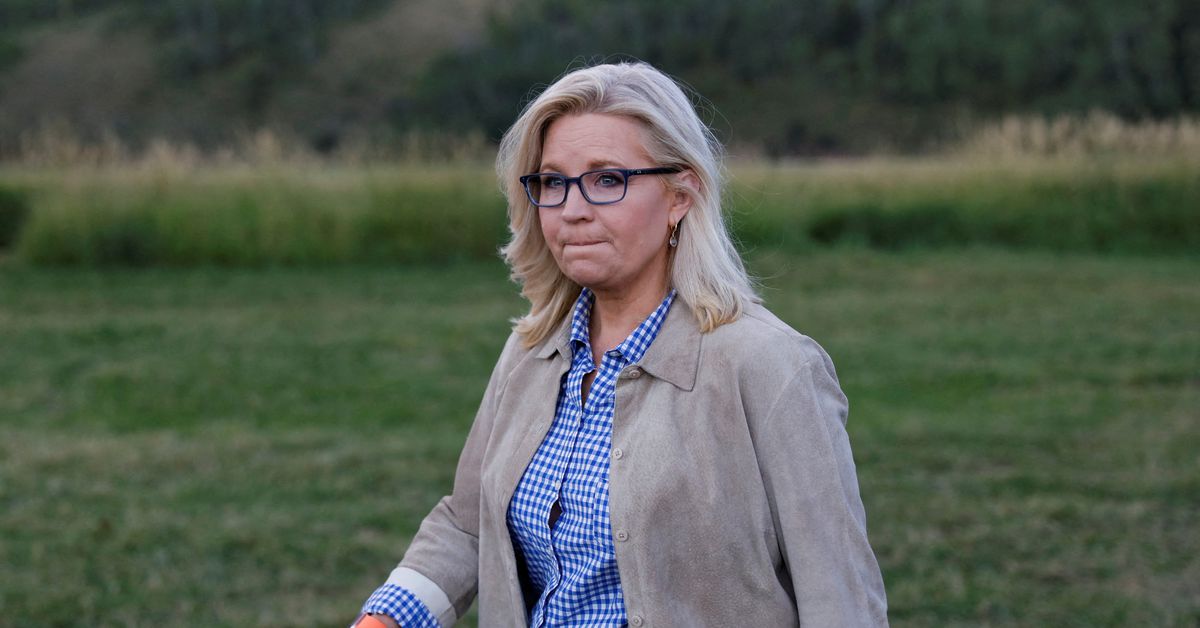 JACKSON, Wyo., Aug 16 (Reuters) – U.S. Representative Liz Cheney, a fierce Republican critic of Donald Trump who has played a prominent role in the congressional probe of the Jan. 6 assault on the Capitol, lost to a Trump-backed primary challenger on Tuesday.

Cheney’s defeat by Harriet Hageman marks a significant victory for the former president in his campaign to oust Republicans who backed impeaching him after a mob of his supporters stormed the Capitol building last year.

In conceding the race, Cheney said she was not willing “go along with President Trump’s lie about the 2020 election” to win a primary.

“It would have required that I enable his ongoing efforts to unravel our democratic system and attack the foundations of our republic. That was a path I could not and would not take,” she told a gathering of her supporters.

The fate of U.S. Senator Lisa Murkowski of Alaska, who also supported impeachment and is facing off against another Trump-backed candidate on Tuesday, remains unclear. The polls for that primary, a nonpartisan format in which the top four vote-getters advance to the general election, have not yet closed.

With 58% of the expected ballots counted, Hageman led the Republican field with 62.4% of the vote, followed by Cheney with 33.5% and state lawmaker Anthony Bouchard with 2.4% according to Edison Research.

Both Wyoming and Alaska are reliably Republican, making it unlikely that either’s result will influence whether President Joe Biden’s Democrats lose their razor-thin majorities in Congress. Republicans are expected to retake the House and also have a chance of winning control of the Senate.

The ousting of Cheney is nevertheless the latest sign of Trump’s enduring sway over the Republican Party. Trump, who has hinted that he will run for president in 2024, made ending Cheney’s congressional career a priority among the 10 House Republicans targeted for supporting his impeachment in 2021.

Cheney, the daughter of Republican former Vice President Dick Cheney, says Trump is a threat to democracy. She has used her position on the Jan. 6 committee to keep attention on Trump’s actions around the Capitol riot, and his false claims that he won the 2020 election.

“She’s still focusing on an obsession about President Trump and the citizens of Wyoming, the voters of Wyoming sent a very loud message tonight,” Hageman said on Fox News.

Cheney, in the House, voted to impeach Trump on a charge of inciting the Capitol riot, while Murkowski, in the Senate, voted to convict him on that charge. Trump was ultimately acquitted.

Of the 10 Republicans who supported impeachment, it is possible that only one – Dan Newhouse of Washington — will be in Congress after November’s general election, according to J. Miles Coleman of the University of Virginia Center for Politics.

“She took a principled stand,” he said of Cheney’s impeachment vote and work on the congressional committee investigating the insurrection. “It’s almost like this race was decided on Jan. 6.”

Similar to Wyoming, Trump’s endorsements in Republican-leaning Alaska are unlikely to provide an opening for Democrats. But they have elevated Tshibaka, who is trying to take Republican Murkowski’s Senate seat.

Under new laws which eliminated partisan primaries and introduced ranked choice voting, Murkowski is expected to be among the top four vote-getters to advance to the general election, with Tshibaka as her most serious opponent.

Murkowski, a moderate, is seen as the front-runner.

Alaska voters will also determine whether they want Sarah Palin, a Republican firebrand and former governor who Trump has endorsed for the state’s only House seat, to complete the term of Don Young, who died in March.