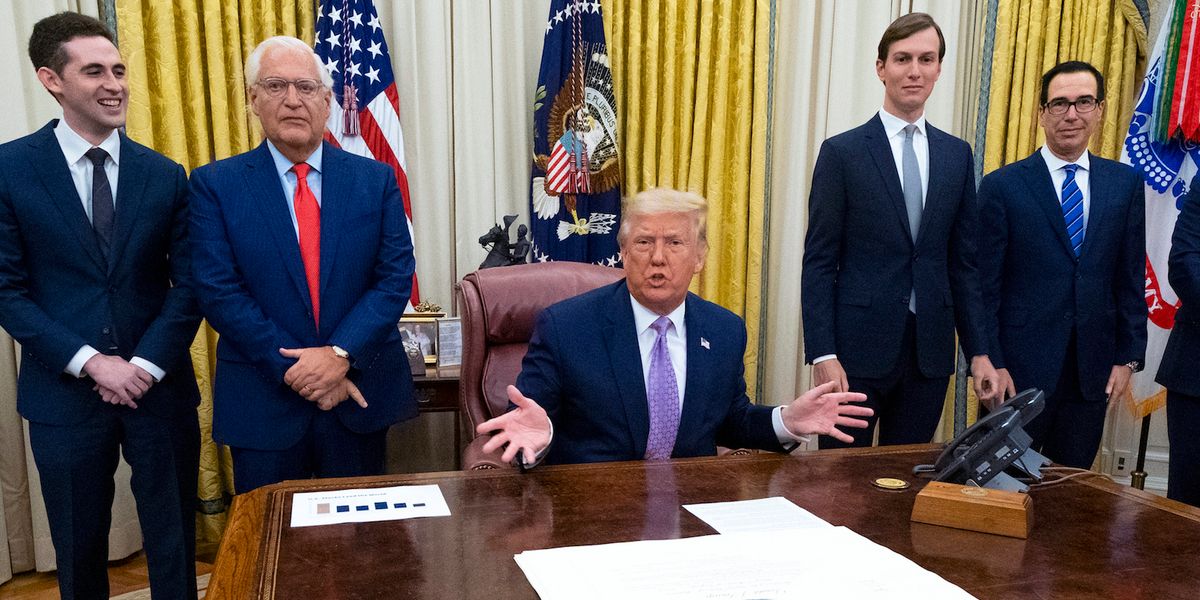 The deal makes the UAE only the third Arab nation to establish diplomatic ties with Israel, following Egypt in 1979 and Jordan in 1994.

Joint Statement of the United States, the State of Israel, and the United Arab Emirates https://t.co/oVyjLxf0jd

“This historic diplomatic breakthrough will advance peace in the Middle East region and is a testament to the bold diplomacy and vision of the three leaders and the courage of the United Arab Emirates and Israel to chart a new path that will unlock the great potential in the region,” a joint statement from the U.S., Israel, and the UAE read. “All three countries face many common challenges and will mutually benefit from today’s historic achievement.”

Perhaps the most significant common challenge the nations face, which at least partially drove this deal, is Iran. Although Israel has struggled to establish diplomatic relationships in the region over the years, antagonism toward Iran has become a uniting factor in the region.

In his statement about the deal, UAE Crown Prince Mohammed Bin Zayed emphasized the aspect of the deal that calls for Israel to abandon plans to continue annexation the West Bank. He notably referred to the deal as a step toward a bilateral relationship, rather than saying the deal firmly establishes that relationship on its own.

“During a call with President Trump and Prime Minister Netanyahu, an agreement was reached to stop further Israeli annexation of Palestinian territories,” he wrote on Twitter. “The UAE and Israel also agreed to cooperation and setting a roadmap towards establishing a bilateral relationship.”

Going forward, officials from Israel and the UAE will meet to flesh out the details of their relationship, and Israel will pursue further improvement of relations in the region.

“As a result of this diplomatic breakthrough and at the request of President Trump with the support of the United Arab Emirates, Israel will suspend declaring sovereignty over areas outlined in the President Vision for Peace and focus its efforts now on expanding ties with other countries in the Arab and Muslim World,” the statement read.