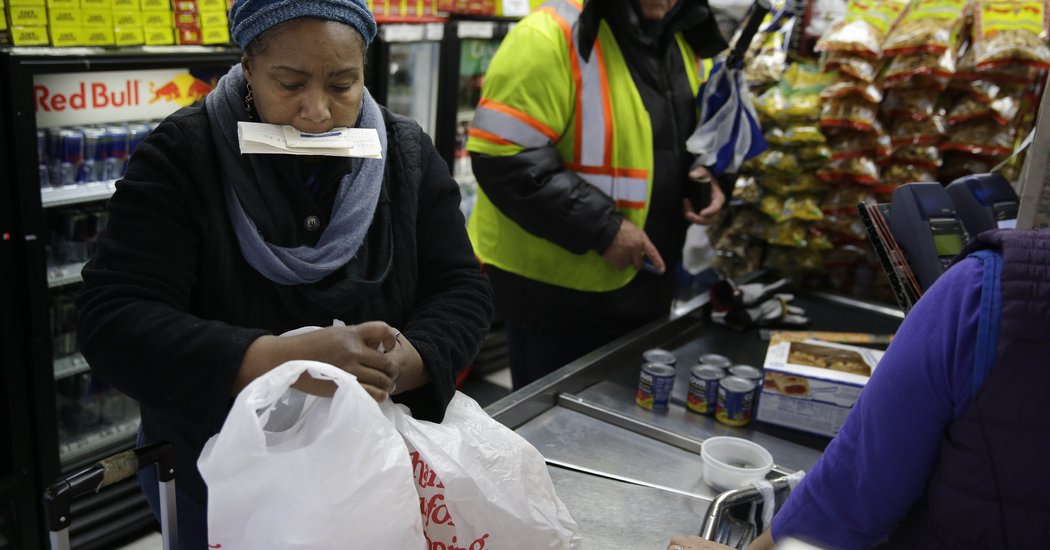 WASHINGTON — President Trump, since before his 2016 campaign, has broken with other Republicans to promise to protect America’s most prominent social safety net programs, but his budget request for fiscal year 2021 would trim government programs that millions of Americans depend upon.

If enacted, the proposals would probably widen the gap between rich and poor. Many of the ideas have already been proposed by Mr. Trump and rejected by Congress. But some are being enacted by regulation. Taken together, they underscore the president’s desire to chip away at the nation’s social safety net while increasing spending on the military and border security.

Although Mr. Trump said Social Security would remain unscathed, he does suggest measures to cut spending on the program.

Mr. Trump’s budget emphasizes increasing labor force participation of people with disabilities and addressing fraud. In recent years, the improving economy has drawn many Americans with disabilities back into the labor force; the budget argues there is room for further movement in that direction.

One policy the budget proposes is the establishment of an “expert panel” to develop and test new programs that would get more disabled people working. It does not specify what those strategies would be but estimates that such a program could save $47 billion over a decade.

The proposal would also simplify the rules surrounding the effects of returning to work on benefits, arguing the current system deters people with disabilities from even attempting to find employment.

It would save $10 billion by reducing the period of retroactive payments once a person is deemed eligible for the disability insurance program, from 12 months to six months.

Overall, Mr. Trump estimates that overhauling federal disability programs and addressing fraud would save more than $75 billion between 2021 and 2030.

The White House also wants to take a knife to the federal food stamp program, once again calling for reductions in the number of adults who can qualify for the Supplemental Nutrition Assistance Program, or SNAP. The 2021 budget proposes cutting SNAP funding by about $15 billion from last year.

The White House has been making changes to the program on its own, raising eligibility requirements and tightening rules to prevent states from obtaining waivers from work requirements. That includes a rule change that goes into effect in April, which will require many adults without children who are able to work to find employment quickly or risk losing their food stamps. The administration estimates nearly 700,000 people across the country would lose access to the program.

The 2021 budget proposes one set of work requirements for adults ages 18 to 65 who are able to work, rather than making a distinction on whether those adults have children or not. All adults who are able to work would have to engage in “at least 20 hours or more” of work or training to qualify for benefits.

Money for low-income housing would also be depleted, as Mr. Trump’s budget proposed a 15.2 percent decrease from last year in gross discretionary funding for the Department of Housing and Urban Development, eliminating several block grant programs and reducing funding for rental assistance for low-income people.

The budget would eliminate the Choice Neighborhoods program, which awards grants to neighborhoods with deteriorating public and federally assisted housing, arguing that states and local governments are better able to revitalize neighborhoods.

Mr. Trump also requested less money for rental assistance programs, such as Housing Choice Vouchers, and proposed that tenants who can work contribute 35 percent of their income to rent instead of 30 percent.

Ben Carson, the housing and urban development secretary, made the case that removing people from government programs was healthy for the economy.

Other such programs would shrink if the White House’s budget office had its way. Mr. Trump called for reducing the Temporary Assistance for Needy Families block grant by 10 percent and imposing new measures to hold states accountable for achieving employment outcomes for the people who receive the cash assistance.

Many of the cost-cutting measures pitched by Mr. Trump have long been championed by Republicans who have in the past expressed concern about rising deficits.

“If Democrats are actually concerned about the deficit, they should work with Republicans on realistic approaches to get Washington’s spending under control while strengthening our safety net,” said Representative Kevin Brady of Texas, the top Republican on the House Ways and Means Committee.

But Democrats seized on the proposals on Monday as evidence that the president was out of touch with the plight of working families.

“Once again, the president is showing just how little he values the good health, financial security and well-being of hard-working American families,” Speaker Nancy Pelosi said.

Tom Perez, the chairman of the Democratic National Committee, accused Mr. Trump of breaking his promises to the middle class by prioritizing his border wall over food stamps.

“He’s going after critical funding for education and SNAP benefits while prioritizing funding for his unnecessary border wall and putting our national security at risk with massive cuts to resources for international aid and diplomacy,” Mr. Perez said.