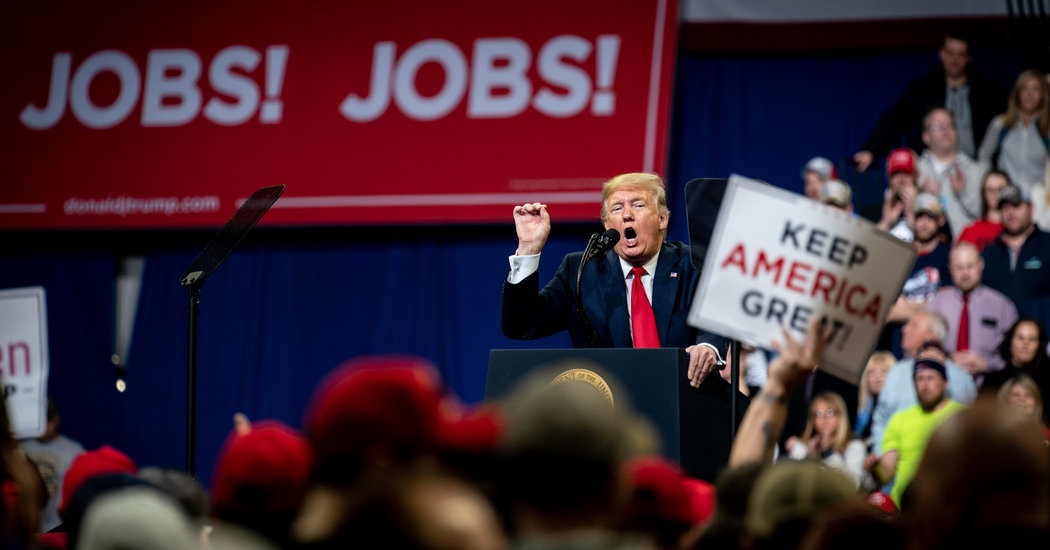 WASHINGTON — President Trump’s campaign and the Republican National Committee together spent more than $9 million on polling, digital ads and fees paid to Trump-owned properties in the last three months of 2019, according to filings with the Federal Election Commission released on Friday.

The filings detail how the Trump campaign, the Trump Victory committee, a third entity called the Trump Make America Great Again Committee and the national party committee spent their cash from October through the end of December. Together, they previously reported raising $154 million over those months, and closed the year with $195 million in cash on hand.

The Trump apparatus has raised an outsize sum, but it has faced questions about how, exactly, it is spending its reserves. Even though he is not funding his own bid this time around, Mr. Trump has repeatedly grilled his advisers about where and how they are spending money.

The campaign also spent $525,000 on polling in that period. The Republican National Committee spent $2.2 million on polling.

The Trump campaign spent about $194,000 at Trump-owned properties. The filings show that the groups supporting Mr. Trump’s re-election together made 150 separate payments to Trump-owned entities and properties, totaling nearly $600,000 for the three-month period, and $1.7 million for the year.

One of the biggest changes in the last quarter of 2019 was to the compensation of the campaign manager, Brad Parscale, whose company had been paid more than $16 million through the various Trump entities and the national committee last year, according to the filings. But in the past three months, his company made just over $200,000 from the four committees, a drastic scaling back that came after scrutiny of how much he was making, including questions raised by Mr. Trump himself.

Campaign officials have said the money paid to Mr. Parscale’s company in the past was for employee salaries, and they have insisted that Mr. Parscale is not pocketing a percentage of either donations or the ad buys. They also noted the sharp reduction to the amount of money his company was bringing in.

“For as much transparency as possible, Brad Parscale has severely limited the pass-throughs going through his firm,” Tim Murtaugh, a campaign spokesman, said about the change. “As has always been the case, he is paid a salary by the campaign and takes no percentages.”

Among the top candidates vying for the Democratic nomination, Senator Bernie Sanders of Vermont raised the most money in the fourth quarter of 2019 ($34.4 million) and entered January with the most cash on hand ($18.2 million).

Mr. Trump’s spending demonstrates his advantage as an incumbent with no competitive primary race. The Trump campaign was vastly outspent by Michael R. Bloomberg, the billionaire former mayor of New York City who is self-financing a campaign. Mr. Bloomberg spent an eye-popping $188 million of his own money in the fourth quarter.