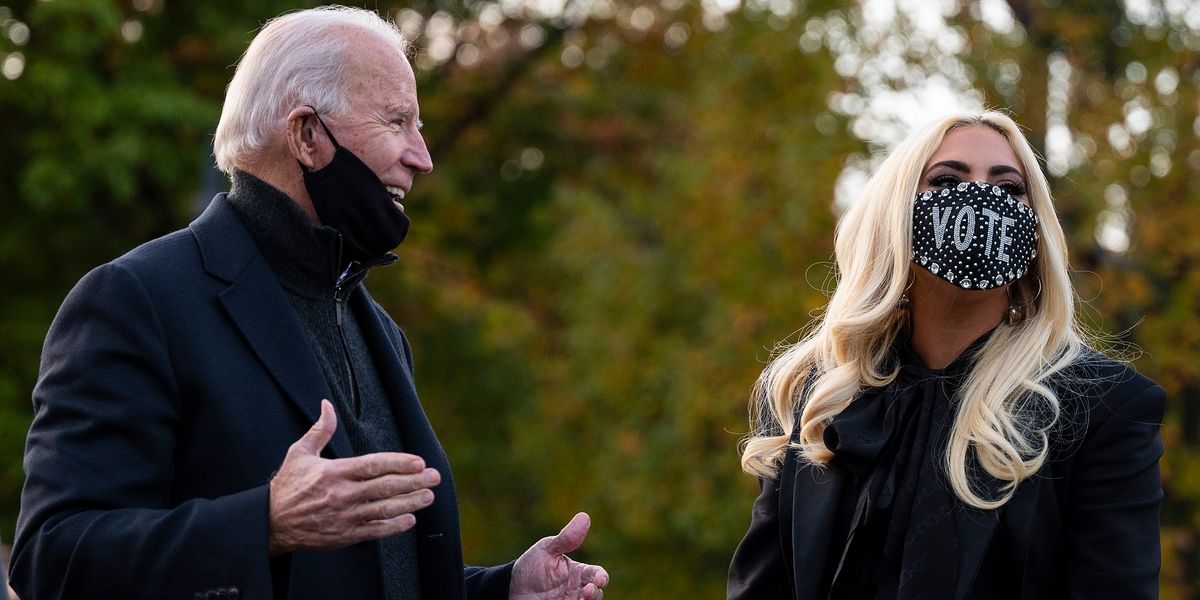 Pop star Lady Gaga made headlines over the weekend with a widely criticized video endorsing Joe Biden, and campaigned Monday with the Democratic presidential nominee.

In reaction, the reelection campaign for President Donald Trump exposed the artist’s membership in an anti-fracking organization, calling Biden’s decision to campaign with Lady Gaga — whose real name is Stefani Joanne Angelina Germanotta — “a sharp stick in the eye for 600,000 Pennsylvanians who work in the fracking industry.”

Following the release of Lady Gaga’s viral video announcing that she would vote for Biden, Trump tweeted, “Just learned that Sleepy Joe Biden is campaigning in Pennsylvania with Lady Gaga, a proud member of ‘Artists Against Fracking.’ This is more proof that he would ban Fracking and skyrocket your energy prices.”

The president added, “As I said at the debate – ‘Will you remember that Texas?Pennsylvania? Ohio? New Mexico?’ I will always protect American Energy and American Jobs! Get out and VOTE #MAGA!”

…As I said at the debate – “Will you remember that Texas?Pennsylvania? Ohio? New Mexico?” I will always protect A… https://t.co/81Ou1hYRNR

The Artists Against Fracking website would not load as of this writing, but The Huffington Post reported in 2017 that Sean Lennon, son of the late artist John Lennon, joined forces with his mother, Yoko Ono, to launch the organization “to protest hydraulic fracturing.”

HuffPost noted, “according to the site’s list, actors and artists that have joined the initiative include Leonardo DiCaprio, Lady Gaga and Mark Ruffalo. Lennon told Jimmy Fallon of “Late Night With Jimmy Fallon,” that they’ve recruited 120 artists, also including MGMT, Beck and Joseph Gordon-Levitt.”

Trump 2020 campaign communications director Tim Murtaugh released a statement on Sunday saying that Biden’s decision to campaign with Lady Gaga was an insult.

“Nothing exposes Joe Biden’s disdain for the forgotten working men and women of Pennsylvania like campaigning with anti-fracking activist Lady Gaga,” Murtaugh wrote. “This desperate effort to drum up enthusiasm for his lackluster candidacy is actually a sharp stick in the eye for 600,000 Pennsylvanians who work in the fracking industry.”

Nothing exposes Biden’s disdain for the forgotten working men & women of PA like campaigning with anti-fracking act… https://t.co/2RkqeJage0

What did Lady Gaga say?

Both Trump and Biden campaigned in Pennsylvania on the eve of Election Day, and the president told a crowd in Scranton that Biden’s use of celebrities — including Lady Gaga — on the campaign trail, could actually be to his detriment.

“Now [Biden’s] got Lady Gaga,” Trump said to his crowd, who booed at the mention of the artist’s name. “Lady Gaga, is not too good,” the president said, according to The Hill. “I could tell you plenty of stories about Lady Gaga. I know a lot of stories about her.”