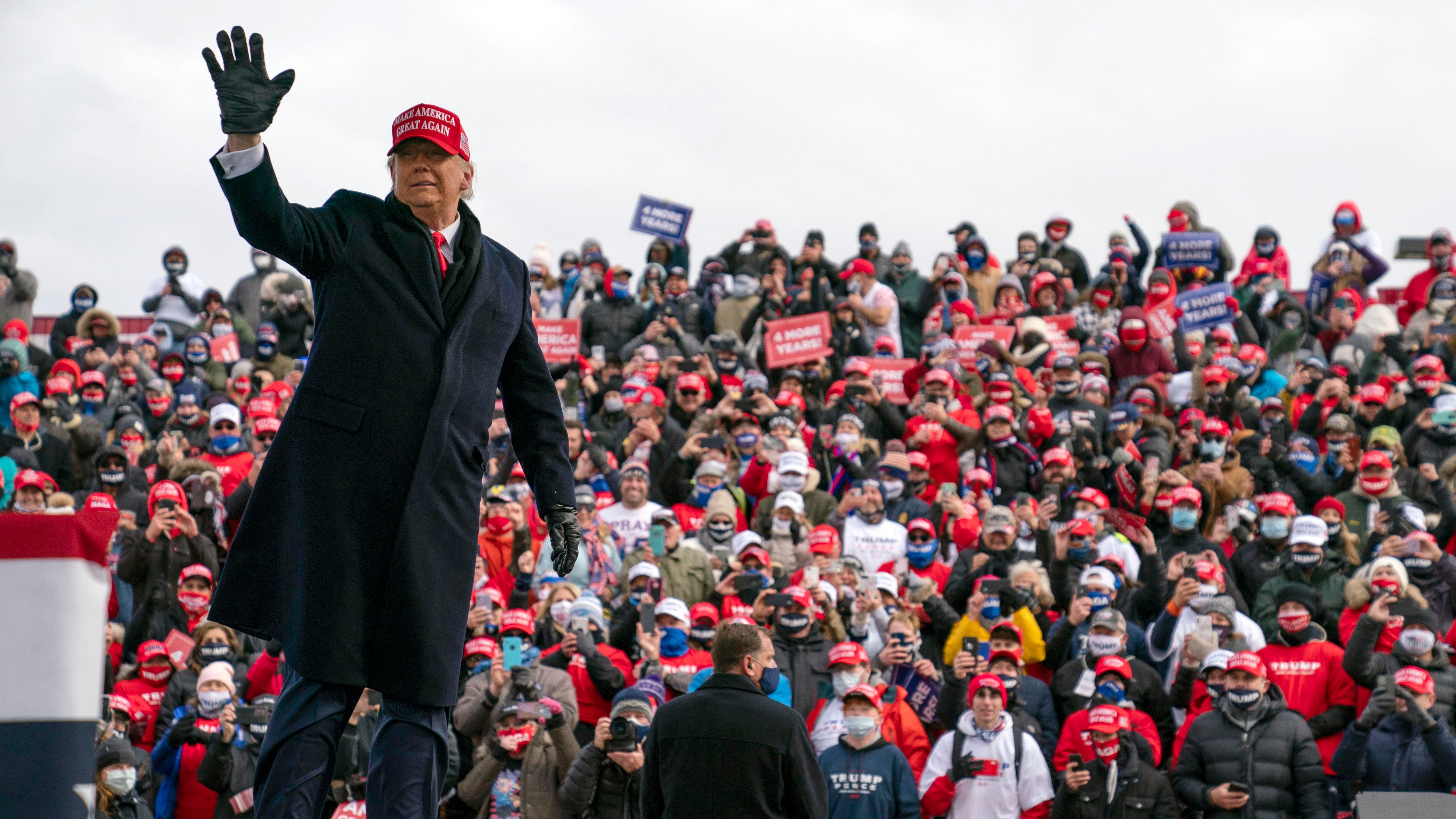 Four years ago, President Trump shocked pundits and outpaced polls en route to a stunning victory over Hillary Clinton but this year, he will need to pull off an upset even greater than last; here’s how he can do it: 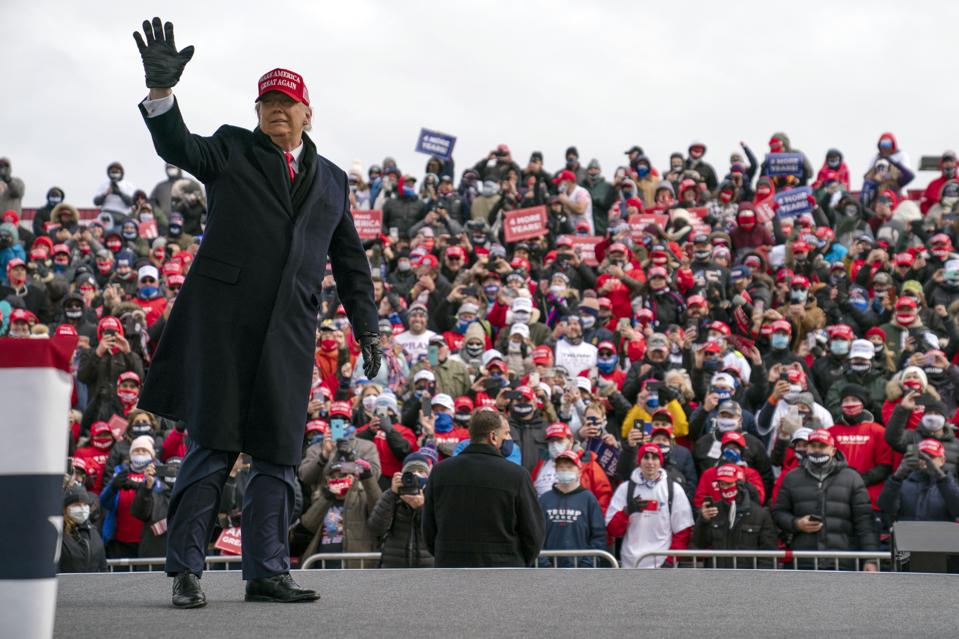 For Trump to have any chance of winning, he will likely need to win Pennsylvania and Florida, states he is trailing by 4.9 points and 1.9 points on average, respectively, because

In that scenario, there’s little margin for error—even a loss in Arizona would leave the two candidates in a 269-269 tie.

A loss in Ohio would also sink the president’s chances in this scenario, and there’s no guarantee the president can hold on to the Buckeye State (Trump currently leads by just .3 point in Ohio on average.)

Another possible but very unlikely way Trump could win—a winning formula the Trump campaign hinted at on Sunday—would be for the president to lose Pennsylvania, Michigan and Wisconsin, but flip Nevada and New Hampshire (two states that went to Clinton in 2016), and sweep Sun Belt battlegrounds Arizona, North Carolina, Florida, Georgia, as well as NE-2 and ME-2, en route to a 270-262 win in the Electoral College.

There’s little shot Trump can repeat his 2016 map, but a win in two out of the three Midwest battlegrounds (Pennsylvania, Michigan and Wisconsin) could be a winning formula for the president: for instance, if Trump loses Pennsylvania and Arizona, but wins Michigan, Wisconsin, along with Florida, Texas, Georgia, North Carolina, he would win reelection narrowly.

Trump’s chance of winning is even lower than it was in 2016. Then, FiveThirtyEight’s model gave Trump a 29% chance of winning, while this year, as of Sunday, Trump stands just a 10% shot at victory. If polls were off by the same margin they were in 2016, Biden would still win. Biden’s national and battleground state polling lead are stronger and steadier than Clinton’s ever was. Clinton’s margin in FiveThirtyEight’s national polling average was just 3.9 points on Election Day, while Biden’s currently stands at 8.6 points.

Biden’s national polling lead has not dipped below 6.6 points.

If neither candidate ends up with 270 electoral votes, the election would go to the House of Representatives, where each state gets a vote determined by the majority party delegation in that given state. Currently, Democrats have the majority in the House but Republicans have the edge when it comes to state delegations. This could change, however, because the process wouldn’t move forward until the new House is sworn in.

Trump Can Still Win, But The Polls Would Have To Be Off By Way More Than In 2016 (FiveThirtyEight)