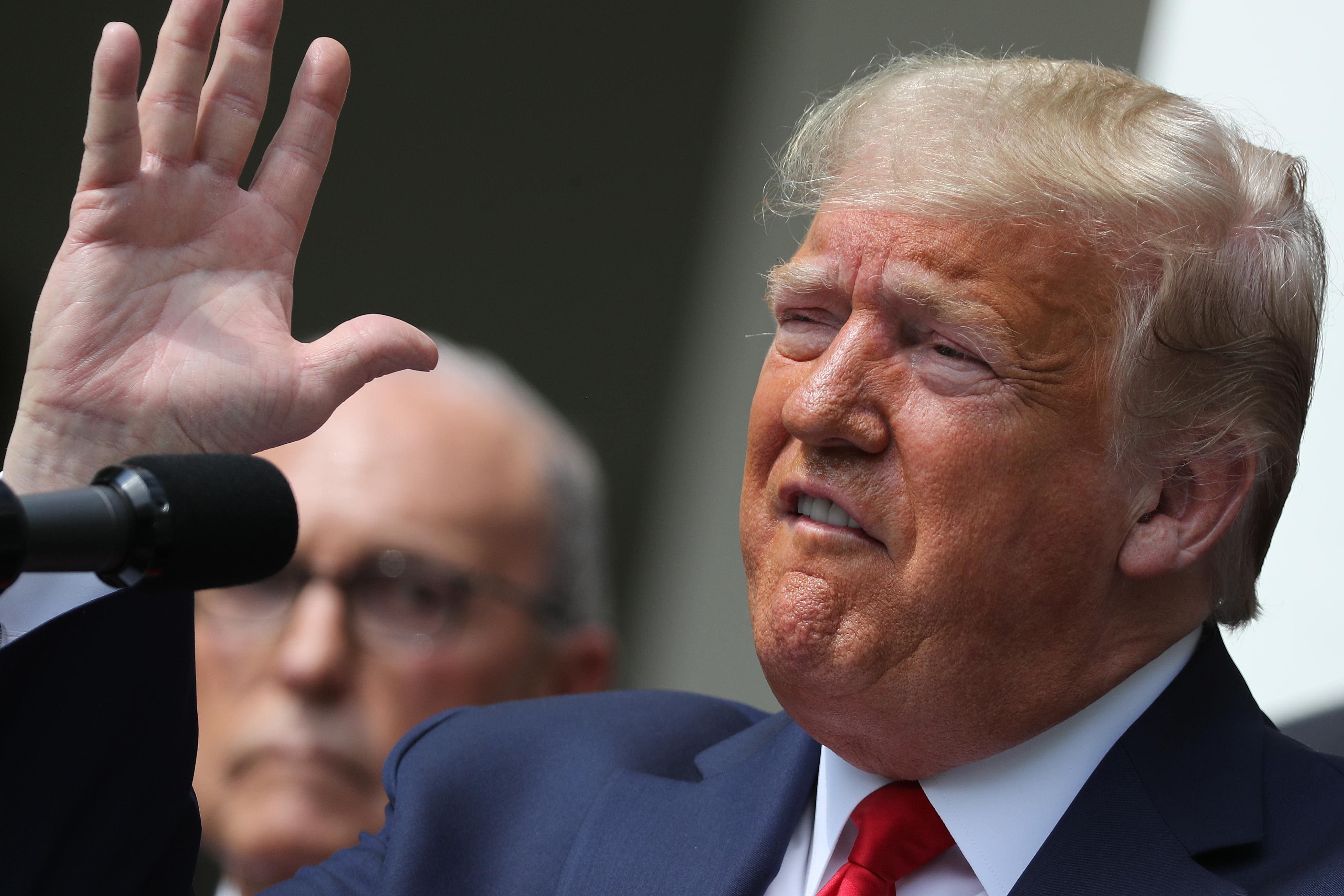 President Trump shared an unfounded and incendiary claim Tuesday morning, tweeting that the 75-year-old man pushed to the ground by Buffalo police officers last week” fell harder than was pushed” and “could be an ANTIFA provocateur” who was part of a “set up.” 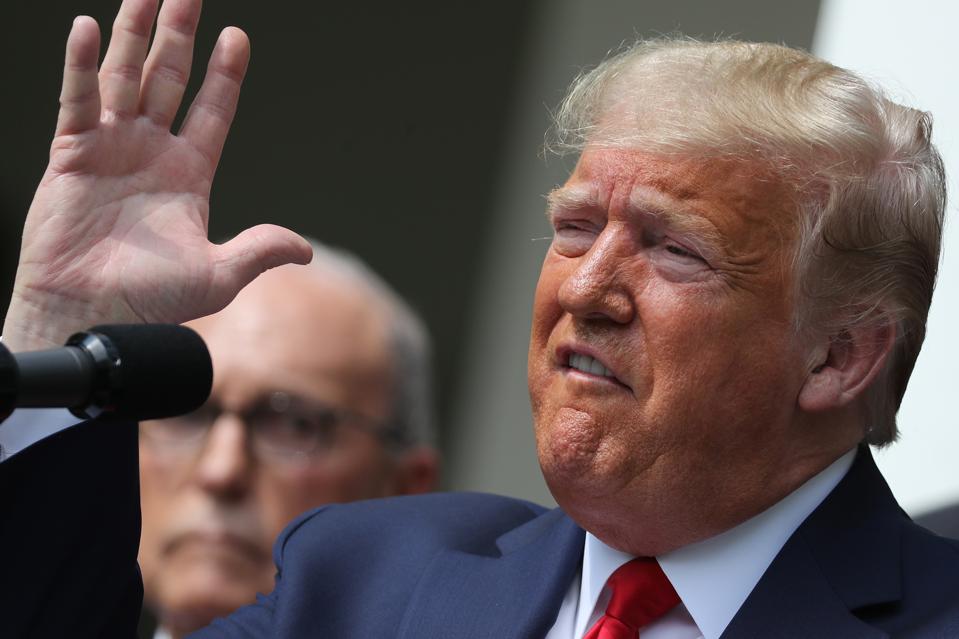 WASHINGTON, DC – JUNE 05: U.S. President Donald Trump speaks during a bill singing ceremony with his … [+] economic team in the Rose Garden at the White House June 05, 2020 in Washington, DC. In the midst of nationwide protests against the death of George Floyd, the U.S. Labor Department announced the unemployment rate fell to 13.3 percent in May, a surprising improvement in the nation’s job market as hiring rebounded faster than economists expected in the wake of the novel coronavirus pandemic. (Photo by Chip Somodevilla/Getty Images)

“Buffalo protester shoved by Police could be an ANTIFA provocateur. 75 year old Martin Gugino was pushed away after appearing to scan police communications in order to black out the equipment,” Trump tweeted, appearing to reference a report by conservative news outlet, One America News.

“I watched, he fell harder than was pushed,” the president added. “Was aiming scanner. Could be a set up?”

The encounter occurred last Thursday when an elderly man approached a cluster of police in riot gear and seemingly tried to talk with the officers.

In a video of the incident that immediately went viral, someone can be heard shouting, “Push him back!” and an officer pushes the man’s chest.

The 75-year-old man, later identified as Martin Gugino, falls to the ground backward as a pool of blood is seen slowly forming under his head.

The Buffalo Police Department’s initial statement was that “one person was injured when he tripped & fell;” however, after the video started spreading, the officers in question were suspended.

The following day, all 57 members of the Buffalo Police Department’s Emergency Response Team resigned from the tactical unit in solidarity with the two suspended cops.

Last Friday, Martin Gugino released a statement via his attorney, urging any future protests to stay peaceful. The statement describes Gugino as a “longtime peaceful protester and human rights advocate.” Per the Washington Post, Gugino is a member of two nonprofits: PUSH Buffalo, which focuses on affordable housing, and the Western New York Peace Center, a human rights organization. He is also part of the Catholic Worker Movement. A close friend of Gugino told WKBW in Buffalo that the 75-year old is “an older white man in America and knows the privileges that come along with that.” On Monday afternoon, a lawyer representing Gugino provided an update on his condition, stating that he is “still hospitalized and his condition remains largely unchanged. He is in serious but stable condition.”

It appears that Trump became aware of the claim that Gugino was an Antifa operative via an OAN report stating that “the latest tensions in the Buffalo police department could be the result of a false flag provocation by far-left group Antifa.” Trump has not shied away from sharing similar unsupported theories via Twitter in the past. The OAN report claims Gugino is a well-known activist who bragged “on social media about far-left views,” and was aiming his cellphone at the approaching cops to scan communication and blackout their equipment. According to WKBW in Buffalo, “Gugino’s Twitter account, which was taken down on Monday, had posts containing an explicit anti-police sentiment.”