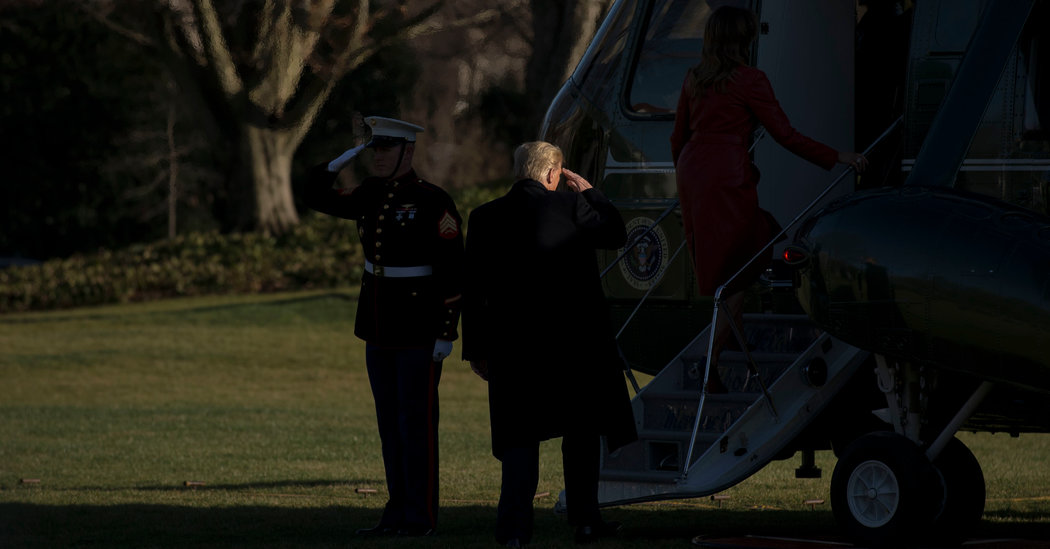 WASHINGTON — President Trump asserted Friday that he had the legal right to intervene in federal criminal cases, a day after Attorney General William P. Barr publicly rebuked him for attacks on Justice Department prosecutors and others involved in the case of Roger J. Stone Jr., the president’s longtime friend.

“This doesn’t mean that I do not have, as President, the legal right to do so, I do, but I have so far chosen not to!” he said.

Though he and Mr. Barr both said the president had not directly asked for any specific inquiries, Mr. Trump has long pressured law enforcement officials both publicly and privately to open investigations into political rivals and to drop inquiries. Mr. Trump also pressed former Attorney General Jeff Sessions to retake control of the Russia investigation after he recused himself.

The assertion by the president, which implicitly rejected a request by Mr. Barr to stop tweeting about the department’s cases, adds to the mounting controversy over the decision by senior Justice Department officials to overrule prosecutors who had recommended a seven- to nine-year sentence for Mr. Stone, who was convicted of seven felonies in a bid to obstruct a congressional investigation that threatened the president.

That recommendation infuriated Mr. Trump, who called the department’s handling of the case “a disgrace” and later praised Mr. Barr after his top officials intervened to recommend a lighter sentence for Mr. Stone. The four prosecutors who were overruled resigned from the case in protest; one quit the department entirely.

Seeking to calm the upheaval in his department, Mr. Barr issued a pointed denunciation on Thursday of Mr. Trump’s tweets, which included criticism of the federal judge overseeing the Stone case and even the jury forewoman. Mr. Barr said the commentary from the president made it “impossible for me to do my job” and insisted that “I’m not going to be bullied or influenced by anybody.”

“I cannot do my job here at the department with a constant background commentary that undercuts me,” said Mr. Barr, who has been one of Mr. Trump’s closest and most reliable allies since taking over at the Justice Department.

Past presidents in both parties have respected long standing traditions that are aimed at preventing political influence from the White House on Justice Department investigations, especially criminal inquiries that involved administration officials or friends of the president. The rules have been in place since the Watergate investigation, in which President Richard M. Nixon sought to pressure the F.B.I.

Mr. Trump has repeatedly ignored those traditions, making contact with F.B.I. officials and communicating with top Justice Department officials through Twitter and in person. His claim in Friday’s tweet that he had “so far chosen” not to interfere in criminal cases is contradicted by a record of his actions during his three years in office.

Robert S. Mueller III, the special counsel in the Russian election interference inquiry, documented numerous instances in which the president sought to impede federal investigators as they examined the activities of Mr. Trump’s White House advisers and former campaign aides in what could be construed as obstruction of justice. In his final report, Mr. Mueller said that Justice Department rules did not allow sitting presidents to be indicted.