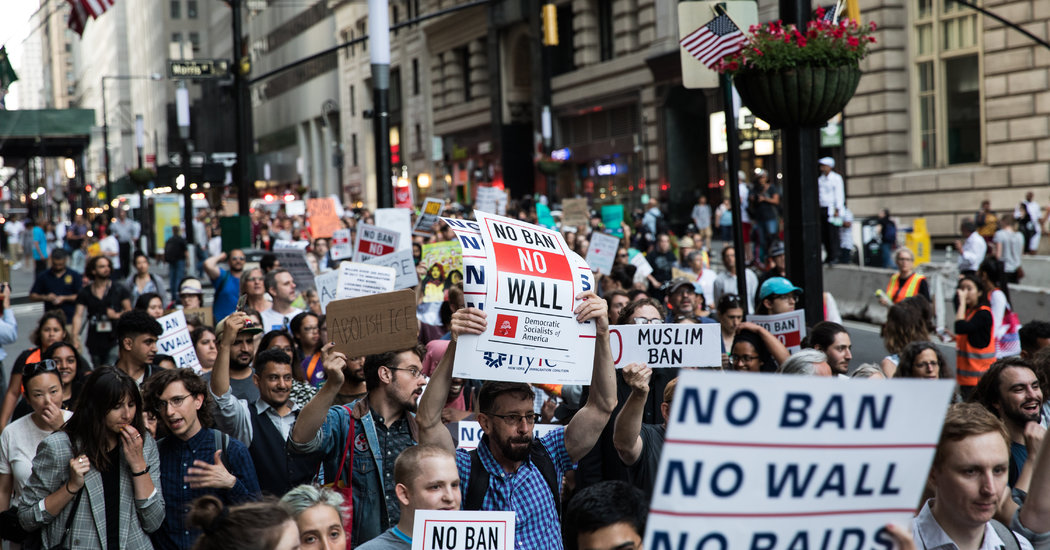 WASHINGTON — The Trump administration plans to introduce an updated version of a long-disputed travel ban enacted shortly after President Trump’s inauguration in 2017, expanding the list to include countries the White House has suggested have fallen out of compliance with United States security measures.

Mr. Trump told The Wall Street Journal on Tuesday in Davos, Switzerland, that he planned to expand the current travel ban, although he did not specify which countries would be added.

An extended list — which includes Belarus, Myanmar, Eritrea, Kyrgyzstan, Nigeria, Sudan and Tanzania — was confirmed by a senior administration official, who also stressed that it may change. Different versions of the proposed list have been circulating for weeks.

Another person familiar with discussions about the ban said the new countries would not necessarily be in the same region as those on the 2017 list, which includes Iran, Syria, Yemen, Libya, Somalia, Chad, Venezuela and North Korea. Visitors from Iraq and Sudan were banned under previous versions, but are now allowed.

Politico, which first reported the countries on the expanded list, said the announcement could come as soon as Monday, to mark the anniversary of the initial ban. The announcement would be evidence that Mr. Trump, who is in the midst of a Senate impeachment trial and is facing re-election, is prepared to emphasize some of his administration’s most divisive immigration policies during the heat of an election year in an effort to appeal to his base.

Hogan Gidley, a White House spokesman, said in a statement that the administration has not planned any announcements related to the ban, which he called “profoundly successful” in protecting American interests.

“While there are no new announcements at this time,” Mr. Gidley said, “common-sense and national security both dictate that if a country wants to fully participate in U.S. immigration programs, they should also comply with all security and counterterrorism measures — because we do not want to import terrorism or any other national security threat into the United States.”

Mr. Trump’s initial executive order, which closed the country’s borders to people from seven predominantly Muslim countries, was announced when his administration was only days old, causing a nationwide outcry and prompting protests at several large airports.

The ban immediately met several court challenges, and it eventually made its way to the Supreme Court. In a 5-to-4 vote in June 2018, the court’s conservatives upheld it. Writing for the majority, Chief Justice John G. Roberts Jr. said that Mr. Trump had ample statutory authority to make national security judgments in the realm of immigration.

The efforts to tamp down on visitors from those countries with a travel ban coincided with efforts within the administration to lower the number of refugees admitted to the United States. Muslim refugee admissions have fallen more than any other group. Visitors and immigrants from countries targeted by initial versions of the ban have also dropped, according to data.