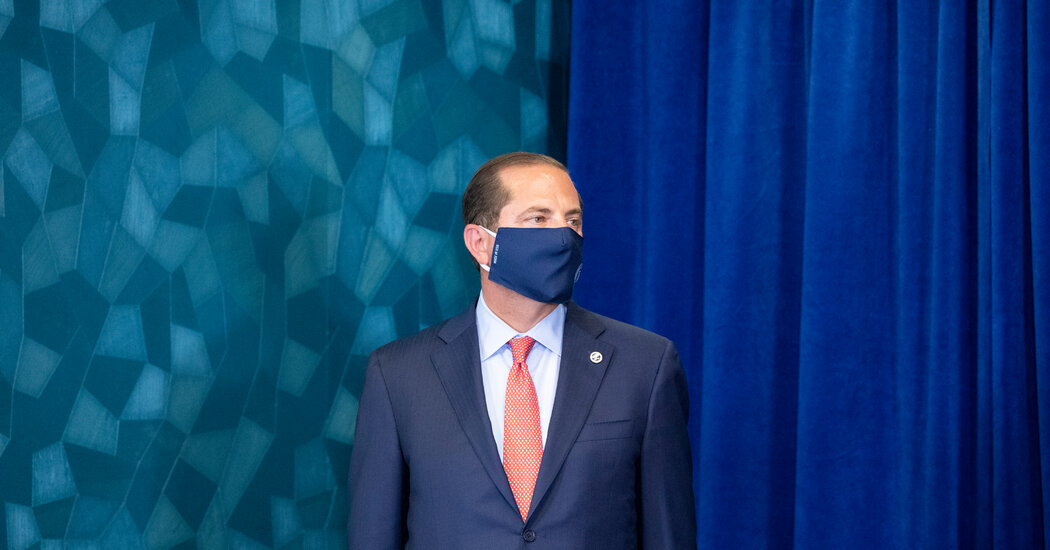 WASHINGTON — A new federal ethics advisory board created to evaluate scientific research involving fetal tissue has advised the Trump administration to reject funding for nearly every proposal it considered — a de facto government ban on the work.

In a report issued on Tuesday, the Human Fetal Tissue Research Ethics Advisory Board, established in February by the Department of Health and Human Services, recommended against funding 13 of 14 research proposals. Health Secretary Alex M. Azar II will make the final decision, but the panel’s opinion is expected to hold great weight.

The report, and the establishment of the 15-member panel, revived a decades-old political and scientific battle — fueled largely by social conservatives who now account for a significant part of President Trump’s political base — over whether taxpayers should fund research involving human fetal tissue. The fight is tangled up with the debate over abortion rights, though some of the tissue involved comes from fetuses that were not intentionally aborted.

Proponents of the research denounced the board and its review as tainted.

“The evaluation process for research should be insulated from ideology and special interests,” the International Society for Stem Cell Research said in a statement on Tuesday after the report’s release. “It is disheartening to see an ethics review perverted by an administration seeking to achieve a policy goal, a near ban on research with human fetal tissue.”

Nearly two-thirds of the members of the advisory panel are outspoken opponents of the research. The report did not offer specifics about the research proposals it considered, but scientists have said the work holds promise for a range of diseases, including Parkinson’s disease, diabetes and H.I.V./AIDS.

The board members cited various reasons for rejecting the proposals, though none of the decisions were signed. In rejecting one proposal, the authors wrote, “One member had concerns that the study was ‘too interwoven with the practice of abortion.’”

The one proposal that met with the board’s approval did so by a vote of 9 to 6. In that case, investigators were planning to use tissue already “stored in a bio-repository and collected according to guidelines, with no need to acquire additional tissue for the planned studies,” the report said, adding that the study would obviate the need for future fetal tissue research.

Two members of the group issued an extraordinary, unsigned dissent included at the end of the report.

“This board was clearly constituted … so as to include a large majority of members who are on the public record as being opposed to human fetal tissue research of any type,” they said. “This was clearly an attempt to block funding of as many contracts and grants as possible.”

The Trump administration suspended federal funding for most fetal tissue research in June of last year. Researchers at the National Institutes of Health were ordered to cease research with human fetal tissue obtained from elective abortions after using up whatever material they had. Federally funded projects at other research institutions were allowed to continue until their grants expired.

Renewals and future proposals, however, had to gain approval from the new ethics board to go forward. The board had its first meeting at the end of July, and much of it was conducted in secret.