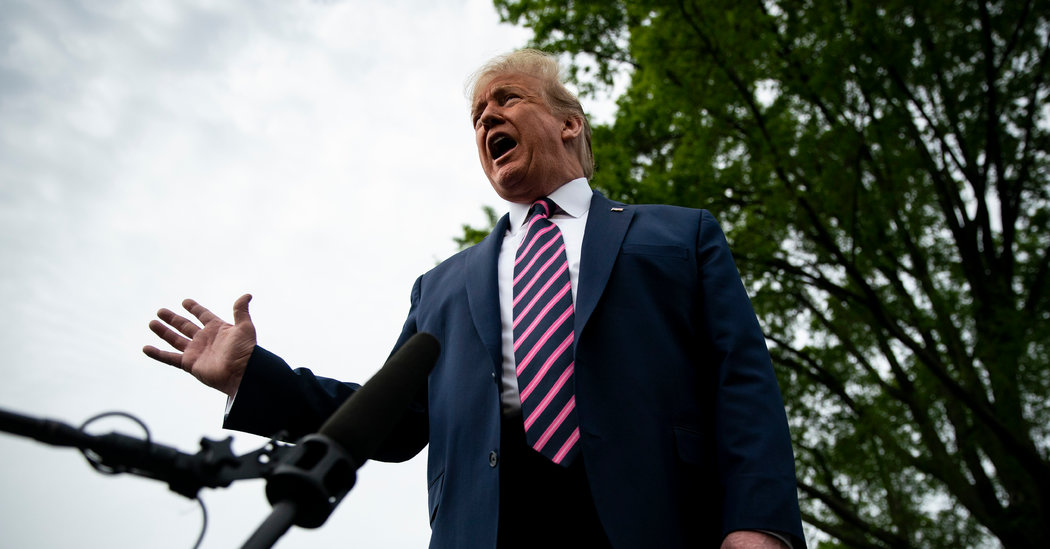 WASHINGTON — The Trump administration is considering a wide range of tax-cut proposals for businesses and investors in the next coronavirus response bill as it tries to shift from government spending programs to support the economy toward measures that aim to reinvigorate growth.

The list of ideas under discussion includes a reduction in the capital gains tax rate and measures that would allow companies to deduct the full costs of any investments they make now or in the future, according to administration officials and several outside experts who have discussed plans with the White House.

Those proposals, which are still being debated and are not final, could accompany President Trump’s top two priorities for the next rescue package: the suspension of payroll taxes for workers and an expanded deduction for corporate spending on meals and entertainment.

Mr. Trump and his aides are also planning to push lawmakers to approve legal liability limits for businesses that operate during the pandemic, a top priority of business lobbying groups in Washington and Senator Mitch McConnell, Republican of Kentucky and the majority leader.

Some of the administration’s proposals have been disclosed publicly by officials, while others have been discussed internally and with outside advisers. The president mentioned several of them — including a possible elimination of all capital gains taxes — in a Twitter post on Tuesday afternoon, which also attacked Democrats’ push to send aid to cities and state governments.

None of the plans are likely to find favor with congressional Democrats, who are pushing instead for additional support for Americans who have lost their jobs as the pandemic plunges the country into recession and for hundreds of billions of dollars in federal assistance to struggling state and local governments to prevent layoffs of teachers, police officers and other government workers.

The administration’s internal debates reflect a balancing act as the White House tries to continue helping businesses and individuals weather the recession while hoping that a gradual lifting of state restrictions on economic activity will begin to restart growth and move the discussion in Congress away from additional spending programs and toward incentives for investment.

Activist protests in state capitals in favor of “reopening” the economy — and a growing backlash among congressional conservatives against the $3-trillion-and-growing tab for federal spending on economic assistance during the crisis — have increased the pressure from Mr. Trump’s base to shift the government’s focus, even as millions of Americans are applying for new unemployment benefits each week.

“‘No more spending’ has really become the rallying cry of the right,” said Stephen Moore, an informal adviser to Mr. Trump who is the president of the Committee to Unleash Prosperity, which has pushed governors and other officials to ease restrictions on restaurants, bars and other businesses. “We’ve done the spending, it didn’t work, and now we need to try something else. There is going to be civil war in Congress over this.”

But administration officials and many of their allies privately acknowledge what public forecasters, including the Congressional Budget Office, are increasingly projecting: that the recession will be so severe that it could take years for the American economy to fully recover, even if growth returns this year.

That could necessitate continuing government support to people and businesses, though administration officials are divided over what form that should take and how much they should spend. Some believe that business support is best left to the Federal Reserve, which has opened a series of lending programs meant to keep the financial system functioning and to help steady the economy once the recovery begins.

There is debate within the administration, for example, over whether to continue spending hundreds of billions of dollars on the Paycheck Protection Program, which provides forgivable loans for smaller companies. Congress has already allocated $660 billion for the program and to help companies stay in business and keep paying workers, but it has quickly lost favor among lawmakers amid revelations that larger companies are benefiting from funds meant to help mom-and-pop shops.

Mr. Trump nodded to the tension in a Fox News virtual town hall on Sunday, telling a questioner who was experiencing economic duress: “There is more help coming. There has to be.” But, he added: “I think we’re going to have an incredible following year. We’re going to go into a transition in the third quarter, and we’re going to see things happening that look good. I really believe that. I have a good feel for this stuff.”

Mr. Trump’s advisers are considering several measures that so-called supply-side conservatives have long proposed as a means to accelerate economic growth. In many cases, those measures would expand or make permanent provisions of the sweeping tax overhaul Mr. Trump signed into law in 2017. They include making permanent a provision that allows businesses to immediately deduct the full cost of their investments in equipment and other relatively short-lived assets, which is currently set to begin phasing out in 2022.

In some cases, the proposals would reverse provisions tucked into the 2017 overhaul to help pay for the overall package, such as limiting deductions on research and development investments in 2022.

Officials have also discussed extending the immediate deduction provision, known as “full expensing,” to structures — allowing anyone who buys a building to write off its cost right away. The Tax Foundation in Washington, which analyzes tax proposals and tends to find high economic effects from tax cuts, estimates that such an expansion would reduce federal revenues by $1.6 trillion over a decade, before accounting for additional growth.

Administration officials have also weighed a less-costly substitute for that proposal, which would allow companies to deduct investments in structures over time, but with adjustments for inflation and other factors, in order to increase the value of the deduction. That “neutral cost recovery” system would reduce revenues by about $1.3 trillion before accounting for growth effects, the Tax Foundation estimates.

Officials are also considering some way to encourage individual investors to take risk, perhaps by reducing the rate on capital gains taxes, a senior administration official said. Those taxes, which range from 0 to 20 percent based on income levels, are assessed on realized profits from sales of stock and other investments.

Mr. Trump has made clear, officials and allies said, that his top priorities are a suspension of all payroll taxes paid by employees and an expansion of business deductions for meals, entertainment and sporting events.

Democrats have already begun to criticize Mr. Trump for pushing tax cuts they say are unrelated to the economy’s current situation — where activity is limited and slow to return even in areas where restrictions have been lifted, because would-be consumers continue to fear contracting the virus — and unlikely to help hard-hit workers and small-business owners.

“It’s extraordinarily naïve to think that tax cuts are going to bring this economy back faster,” said Representative Donald S. Beyer Jr., Democrat of Virginia and the vice chairman of the Joint Economic Committee. “I have not talked to a single economist yet who says tax cuts are a viable solution here.”

Mr. Beyer and two Democratic counterparts in the Senate, Michael Bennet of Colorado and Jack Reed of Rhode Island, released a plan on Tuesday for a very different sort of economic response to the virus. It would tie enhanced unemployment benefits to economic conditions, phasing them down from the current benefit — which adds $600 per week to every unemployment check — once the crisis abates and the unemployment rate begins to fall. If the rate stays near 10 percent for years to come, the benefits could last until as late as April 2022.

Republicans have pushed to end the enhanced unemployment benefits earlier than scheduled, saying they are dissuading workers from staying on payrolls or returning to their jobs.

Senator Mitt Romney, Republican of Utah, arrived for a Republican lunch on Tuesday with a posterboard displaying state budget data. It was titled “Blue states aren’t the only ones getting screwed.”