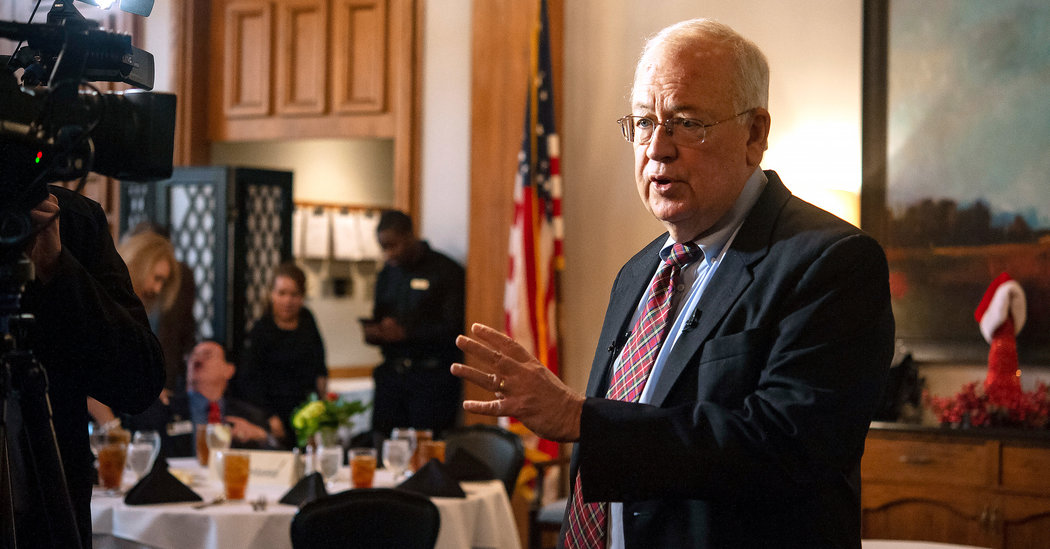 WASHINGTON — President Trump plans on adding former independent counsel Kenneth W. Starr and the defense lawyer Alan Dershowitz to his legal team for his trial by the Senate, a person briefed on the plan said Friday.

Mr. Starr, whose investigation into President Bill Clinton’s sexual relationships led to his impeachment, will be joined by Robert Ray, who succeeded Mr. Starr as independent counsel and wrote the final report on Mr. Clinton, the person said.

Rounding out the team will be Mr. Dershowitz, a Harvard Law School professor emeritus who became famous as a defense counsel for high-profile defendants like O.J. Simpson.

“Professor Dershowitz will present oral arguments at the Senate trial to address the constitutional arguments against impeachment and removal,” the team said in a statement.

“While Professor Dershowitz is nonpartisan when it comes to the constitution — he opposed the impeachment of President Bill Clinton and voted for Hillary Clinton — he believes the issues at stake go to the heart of our enduring Constitution. He is participating in this impeachment trial to defend the integrity of the Constitution and to prevent the creation of a dangerous constitutional precedent.”

More recently, Mr. Dershowitz has faced questions about his representation of Jeffrey Epstein, a financier and convicted sex offender who committed suicide in a New York City jail in August.