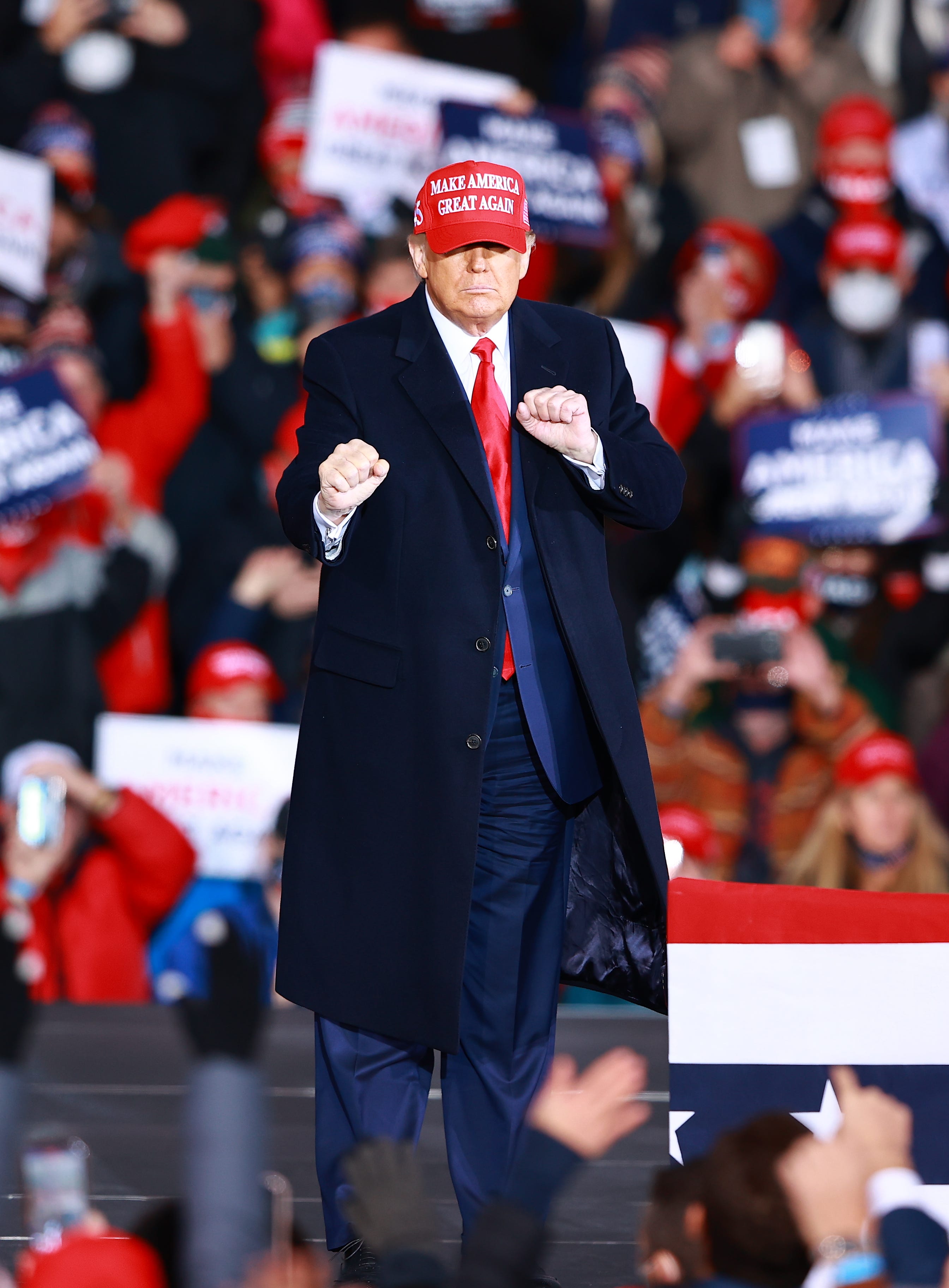 WASHINGTON – For a second straight presidential election, President Donald Trump is calling for the arrest and prosecution of his political opponents, never mind a total lack of probable cause.

Four years ago, Trump focused on Hillary Clinton, laughing away as his supporters chanted “lock her up;” this time, Trump is smiling at chants of “locking up” a variety of political opponents, from Michigan Gov. Gretchen Whitmer to current Democratic presidential nominee Joe Biden.

“Lock ’em all up,” Trump said during a rally Saturday in Muskegon, Michigan, as the crowd directed chants at Whitmer – the target of a recent kidnapping plot – over her support of lockdowns to combat the spread of COVID-19.

Trump aides said the lock-up chants are only jokes, not to meant to threaten anyone.

“He wasn’t doing anything, I don’t think, to provoke people to threaten this woman at all,” said Trump campaign adviser Lara Trump, the president’s daughter-in-law, speaking on CNN’s “State of the Union.”

Who’s undecided?:Trump’s toughest hurdle to pull off a win is that most minds are already made up

“He was having fun at a Trump rally,” she said, adding that people in Michigan and elsewhere are frustrated at the economic lockdowns. She is also noted that Trump’s Justice Department is prosecuting the would-be kidnappers.

Others see it differently.

“The president is at it again and inspiring and incentivizing and inciting this kind of domestic terrorism,” Whitmer said in an interview on NBC News’ “Meet the Press” Sunday. “It is wrong. It’s got to end. It is dangerous, not just for me and my family, but for public servants everywhere who are doing their jobs and trying to protect their fellow Americans.”

It also reflects evidence that Trump is losing the presidential election to Biden, he said.

“He is about to get his ass kicked by a guy he nicknamed ‘sleepy,'” Scaramucci said. “He will be gone.”