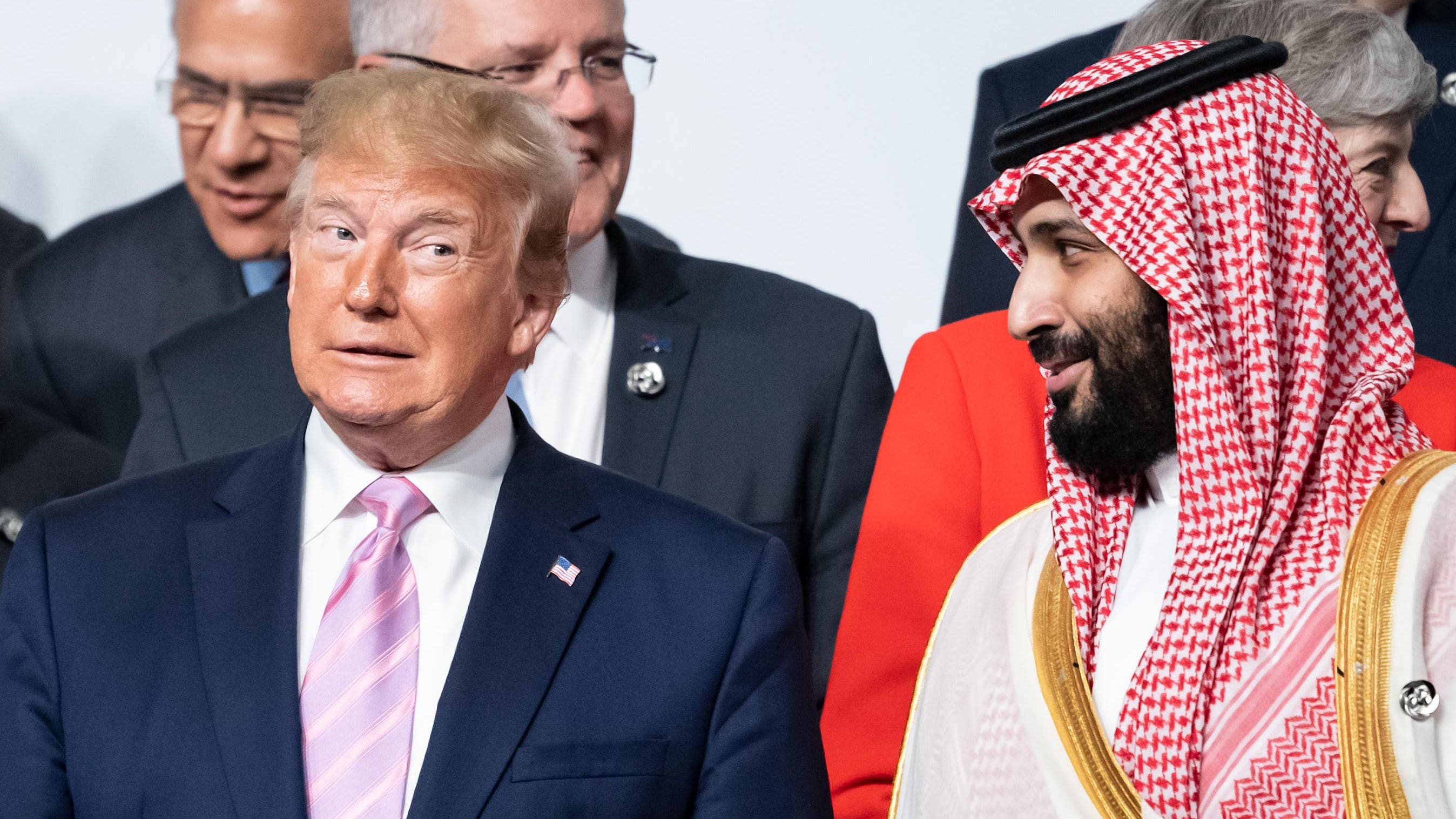 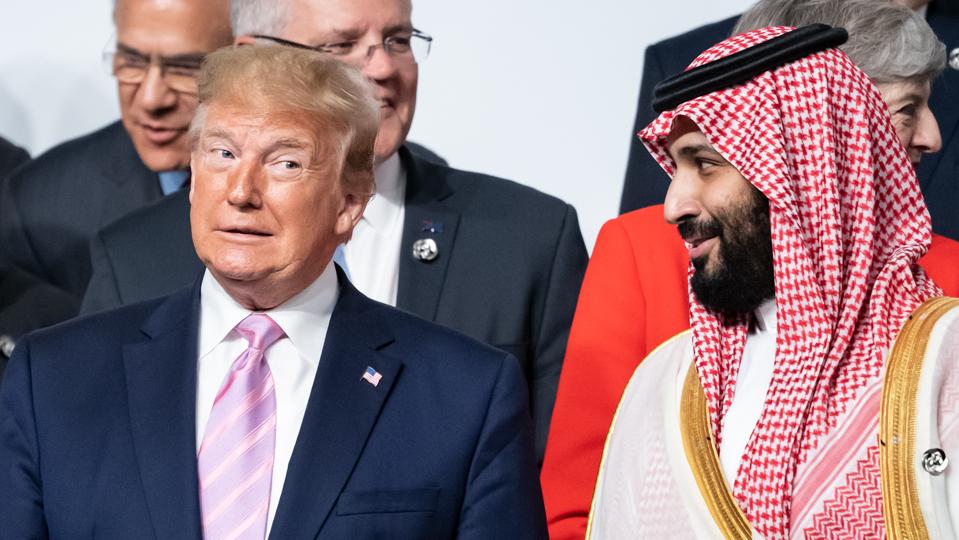 28 June 2019, Japan, Osaka: Donald Trump (l), President of the United States of America (USA), and … [+] Mohammed bin Salman bin Abdelasis al-Saud, Crown Prince of Saudi Arabia, stand side by side in the group picture at the start of the G20 summit. The heads of state and government of the 19 leading industrialised and emerging countries and the European Union will meet at the G20 summit in Osaka (Japan) on 28 and 29 June 2019. Photo: Bernd von Jutrczenka/dpa (Photo by Bernd von Jutrczenka/picture alliance via Getty Images)

The CIA concluded that Khashoggi, a frequent critic of the Saudi royal family, was murdered in the Saudi Arabian consulate in Istanbul, Turkey, in Oct. 2018 on the orders of Bin Salman.

Woodward told Trump in a January 22 interview that Post staffers were “upset about the Khashoggi killing,” according to the book, adding, “that is one of the most gruesome things. You yourself have said.”

Trump reportedly shot back that Iran “is killing 36 people a day,” and said of Bin Salman, “I saved his ass,” and “I was able to get Congress to leave him alone. I was able to get them to stop.”

Woodward writes that Trump said he knew “everything about the whole situation,” and was “involved very much,” with Trump noting the billions of dollars in trade between the U.S. and Saudi Arabia and proclaiming Bin Salman’s innocence, according to Insider.

Pushed repeatedly by Woodward on whether he agreed with the intelligence community’s conclusion that Bin Salman ordered the killing, Trump reportedly insisted “he says that he didn’t do it,” adding, “they spent $400 billion over a fairly short period of time,” and “they have the oil.”

“Yeah. Khashoggi. I thought it was a terrible crime. But if you look at other countries, many other countries. You look at Iran, not so far away from Saudi Arabia, and take a look at what they’re doing there,” Trump told the New York Times in January 2019, adding “some terrible things are happening in Venezuela.”

“Rage” is slated to be released on Sept. 15, but it has already made massive waves, most notably surrounding revelations that Trump acknowledged the deadliness of coronavirus as early as February and admitted to “playing it down” to avoid panic.