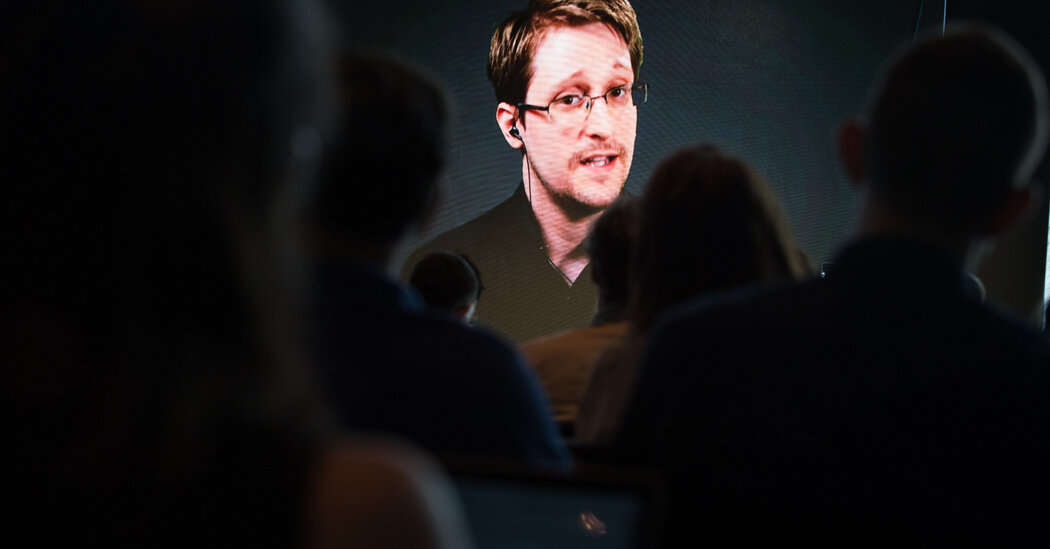 “There are many, many people — it seems to be a split decision — many people think that he should be somehow be treated differently and other people think he did very bad things,” Mr. Trump said during a news conference at his golf club in Bedminster, N.J. “I’m going to take a very good look at it.”

The remarks signal a shift for the president, who repeatedly denigrated Mr. Snowden as a “traitor” and a “spy who should be executed” in the years before his election. The disclosures by Mr. Snowden, who sought asylum in Russia in 2013, set off a broad debate about surveillance and privacy.

Critics have accused Mr. Snowden of treason for revealing classified information while privacy and civil liberties advocates have praised him for exposing the scope of the government’s surveillance programs, which included sweeping up phone records of Americans citizens and eavesdropping on foreign leaders.

Speculation about a pardon for Mr. Snowden has grown over the past week after the president commented on the case in an interview with the The New York Post on Thursday. “There are a lot of people that think that he is not being treated fairly,” Mr. Trump said in the interview. “I mean, I hear that.”

Also on Saturday, Mr. Trump, asked whether he still had confidence in the leadership of Defense Secretary Mark T. Esper, appeared to mock his Pentagon chief.

Tensions between Mr. Trump and Mr. Esper escalated this year when Mr. Esper broke publicly with the president over whether federal troops should have been used to control protests that erupted across the country in response to the killing of George Floyd.

Mr. Trump has made a habit of assailing cabinet members who have left the administration on bad terms, including Defense Secretary Jim Mattis, who resigned in protest in 2018; Attorney General Jeff Sessions, who was forced out in 2018; and the national security adviser John R. Bolton, who stepped down in 2019.

Pushed further by a journalist to answer whether he had ever considered firing Mr. Esper, Mr. Trump simply shrugged.

“I consider firing everybody at some point,” the president said.