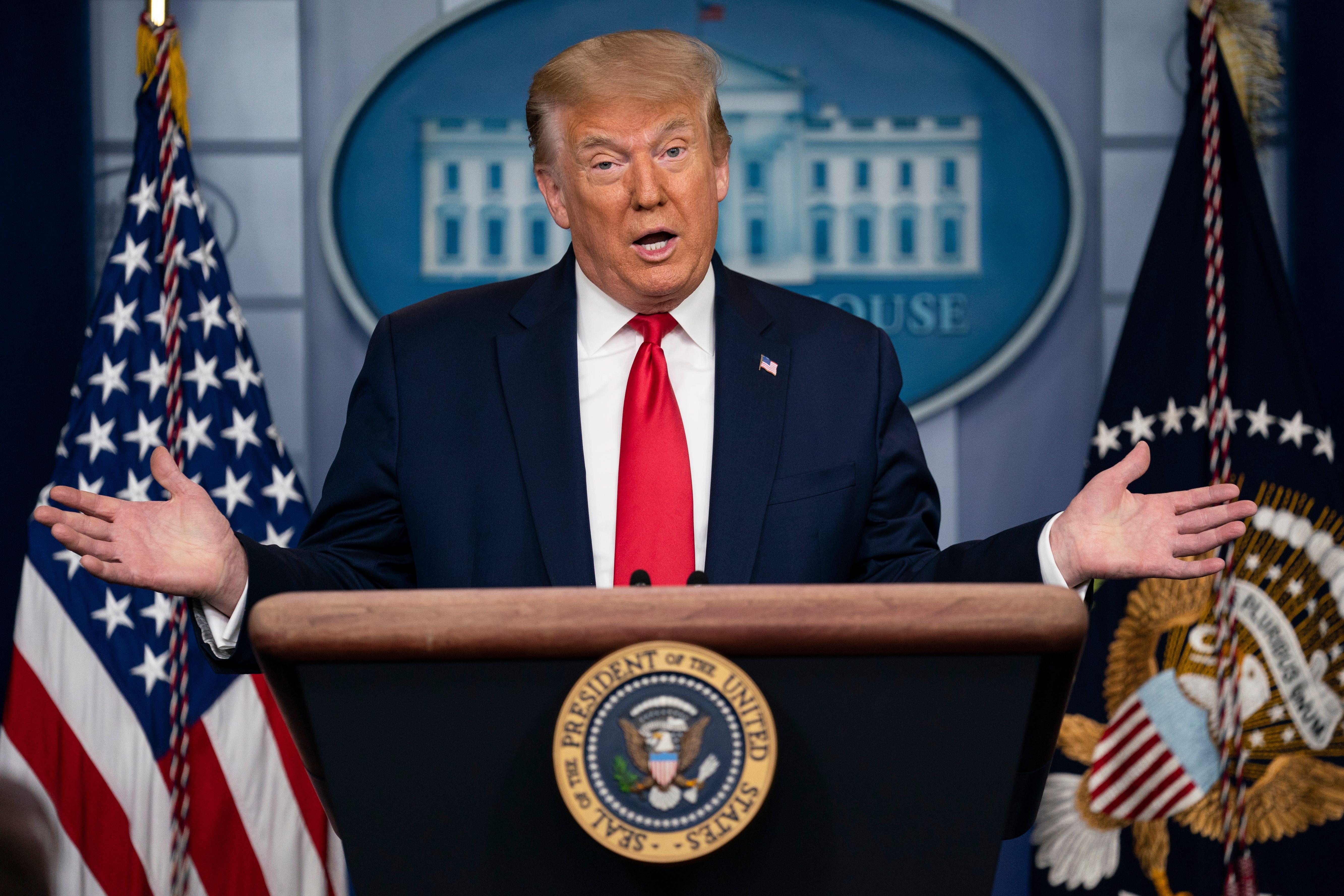 WASHINGTON – President Donald Trump used a Labor Day press conference to continue to push back on allegations he disparaged members of the military and to attack his Democratic opponents over the timing of a potential coronavirus vaccine.

Speaking from the North Portico of the White House, Trump echoed many of the same themes he has raised on the campaign trail – repeatedly criticizing Democratic nominee Joe Biden and defending his record on the economy and the COVID-19 pandemic.

Trump, at one point, demanded Democrats “immediately apologize for the reckless anti-vaccine rhetoric that they are talking right now.” The argument follows remarks by Biden’s running mate, Sen. Kamala Harris, that she would not trust an announcement from Trump about a vaccine without a “credible” source corroborating his statements.

“I will say that I would not trust Donald Trump and it would have to be a credible source of information that talks about the efficacy and the reliability of whatever he’s talking about,” Harris told CNN’s State of the Union. “I will not take his word for it.”

The back and forth over the vaccine underscored the huge impact it could have in the November election. Trump acknowledges he wants a vaccine quickly – he has said his motivation is not political – and continued to suggest one could be ready by October.

Two-thirds of U.S. voters say they won’t try to get a coronavirus vaccine as soon as it becomes available, and one in four say they don’t want to ever get it, according to a new USA TODAY/Suffolk Poll released the same week that the number of COVID-19 cases surpassed 6 million.

Poll:Two-thirds of Americans say they won’t get COVID-19 vaccine when it’s first available

Asked if he would take a vaccine before the election if one was available, Biden said he “would want to see what the scientists said” and argued that Trump’s past misstatements have undermined public confidence in public health officials.

Biden then said he would take a vaccine if one were available: “If i can get a vaccine tomorrow, I’d do it. If it cost me the election, I’d do it.”

Trump also continued to defend himself against explosive allegations reported last week in the Atlantic that he decried members of the military and America’s war dead as “losers” and “suckers.” Trump repeatedly pointed to a statement over the weekend from former White House deputy chief of staff Zach Fuentes that he “did not hear POTUS call anyone losers when I told him about the weather.”

“Only an animal would say a thing like that,” Trump said of the underlying allegations.

Several news outlets, including the Associated Press and Fox News, have confirmed many of the statements the Atlantic piece reported were made by Trump.

Trump acknowledged he might be less popular with military leaders than with rank-and-file troops. Trump claimed that was because senior officials at the Pentagon want to “do nothing but fight wars.”

Trump hit on several other topics during the news conference:

• He said that negotiations over another economic stimulus to address the impact from coronavirus were at a standstill because congressional Democrats did not want a deal. Asked why he wasn’t personally seeking to start negotiations, Trump asserted: “I’m taking the high road by not seeing them. That’s the high road.”

• Trump said he would support an investigation into Postmaster General Louis DeJoy following a report in the Washington Post over the weekend that created an environment at his former company that pressured employees to donate to Republican candidates. “Sure, sure,” the president said when asked if he supports an investigation. “But he’s a very respected man.”

• Trump spoke angrily about Biden and others in connection with the Russia investigation that consumed much of his first term, and he refused to say whether he wants to see his political opponents indicted for what he has claimed, without evidence, are crimes that were committed against his campaign during the 2016 election.