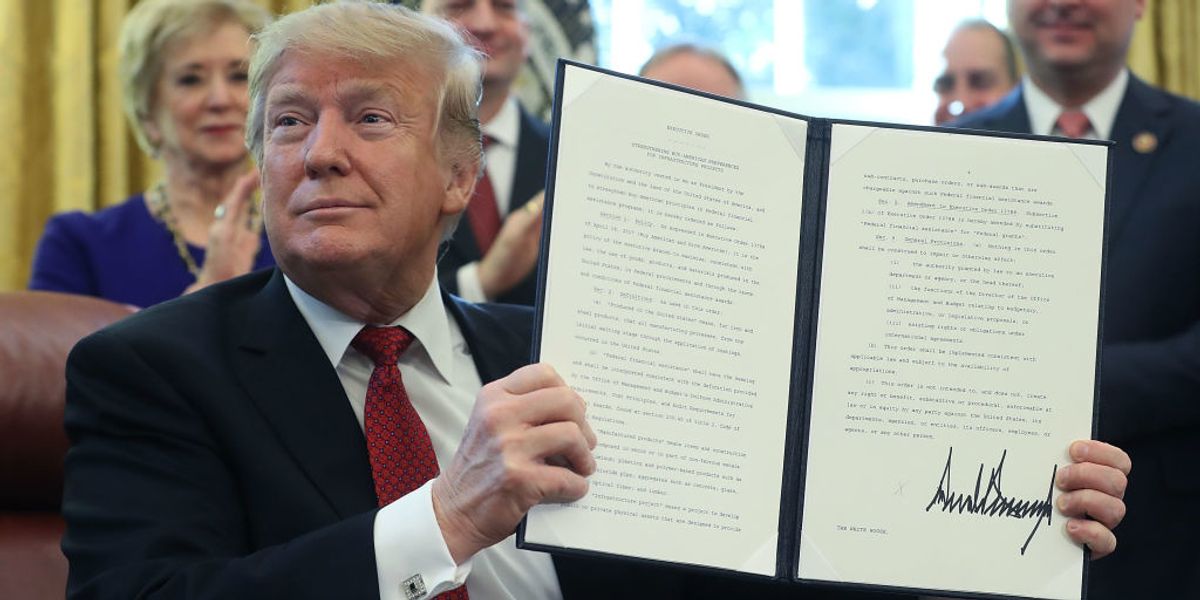 “If Democrats continue to hold this critical relief hostage, I will act under my authority as president to get Americans the relief they need,” Trump said at a press conference, The Hill reported.

Trump announced that he plans to take four actions without Congress to help Americans:

However, Trump did not indicate when he would take action, although it is likely within the week.

Congressional leaders have met with top administration officials for two weeks to negotiate another economic stimulus for Americans who have been hard hit by forced government shutdowns of their businesses and places of employment.

Unfortunately, they were unable to come to an agreement over what benefits should be included in the package and, ultimately, how much money should be spent.

As Trump indicated, negotiations broke down because Democrats want a package that costs more taxpayer money than Republicans are willing to spend.

“I’ve told them come back when you are ready to give us a higher number,” House Speaker Nancy Pelosi said on Friday, Politico reported.

Clinching an agreement was never going to be easy. From the start, the White House and Democratic leaders were trillions of dollars apart, with Democrats pushing for the $3 trillion HEROES Act and the White House aiming to stay at $1 trillion. Senate Republicans also were divided on their own opening offer, with hard-line conservatives opposing additional federal spending. Pelosi and Schumer said Friday that they were willing to cut down their ask by $1 trillion if the White House increased their offer by $1 trillion, a move administration officials rejected.

The majority of both Republicans and Democrats agree on extending the eviction moratorium, student loan deferment and interest moratorium, and even unemployment benefits.

They disagree, however, on how much money unemployed Americans should receive from the federal government. Republicans say $600 per week is a “disincentive” to return to work, while Democrats have essentially refused to budge from that figure.

Meanwhile, suspending the payroll tax cut would be highly controversial. Such action would only benefit Americans who are working; it would leave the more than 16 million Americans who are currently unemployed without direct economic relief.

Trump also did not mention another round of direct stimulus payments, which both Republicans and Democrats have agreed should be part of another COVID relief package.

Both Trump and Treasury Secretary Steve Mnuchin have said Americans will receive a second stimulus check, but it’s not clear how that will happen if Congress does not come to agreement on another benefits package.