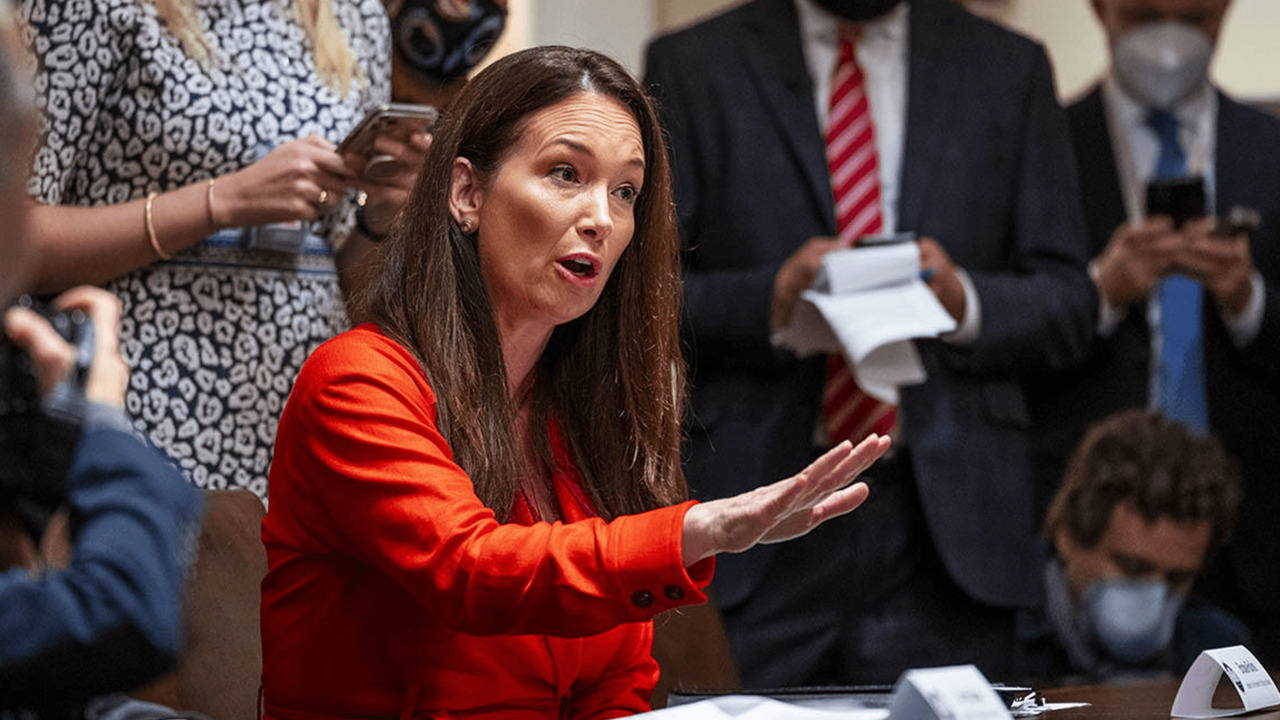 Protests across the country shifted to riots late last week and throughout the weekend in response to the death of George Floyd, a 46-year-old black man who died after a Minneapolis police officer held his knee on Floyd’s neck. But while Rollins insisted the president is searching for ways to tamp down the violence, Trump’s rhetoric, particularly on Twitter, has appeared to accomplish just the opposite.

Speaking Saturday at the Kennedy Space Center following the launch of NASA’s SpaceX capsule, the president described Floyd’s death as a “grave tragedy” that “should never have happened,” but declared that his memory was “being dishonored by rioters, looters and anarchists.”

As the chaos escalated over the weekend, Trump took to Twitter to attack “Liberal Governors and Mayors,” blame incidents of vandalism on “ANTIFA and the Radical Left,” and accuse the “Lamestream Media” of “doing everything within their power to foment hatred and anarchy.” Trump at one point last Friday threatened to order the National Guard to open fire on protesters in Minnesota, a warning he later sought to walk back.

Riots outside the White House in Washington were especially severe over the weekend, including fires at a bathroom building in nearby Lafayette Park and St. John’s Episcopal Church.

Rollins put forth a more conciliatory line of messaging Monday, arguing that “we need everyone to rise above the division and the divide and come together.” The U.S. “can come out of this, I’m sure we will, stronger and better than where we were even just two months ago, but certainly where we are today,” she said.