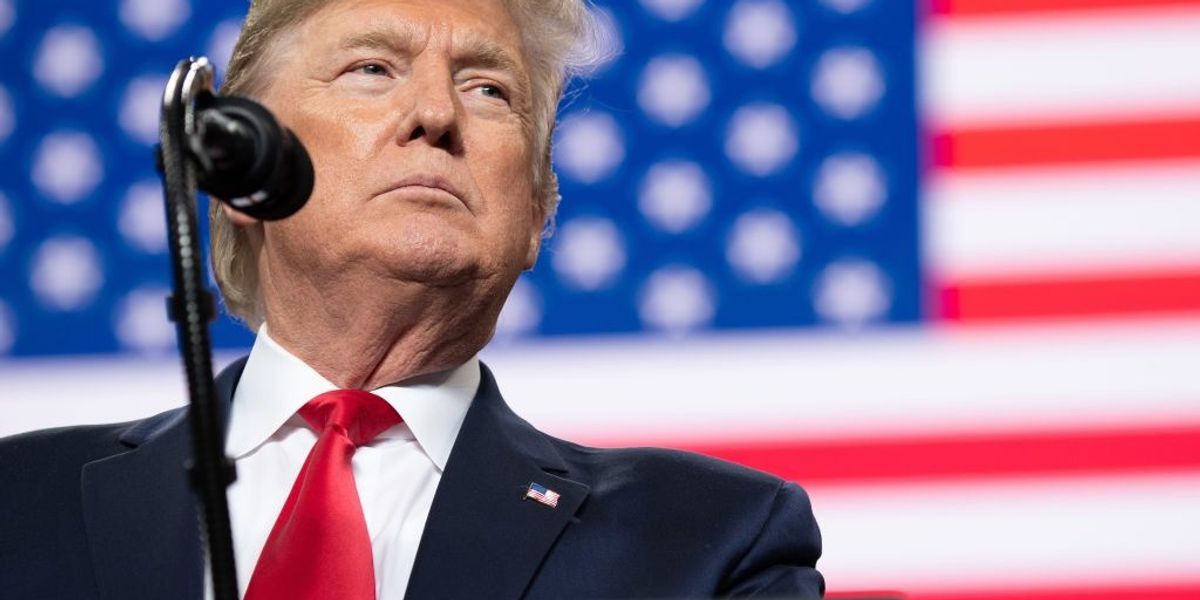 In a six-page document obtained by CNN, Trump’s lawyers call the charges “constitutionally invalid” and “nothing more than a dangerous attack on the American people.”

“President Trump categorically and unequivocally denies each and every allegation in both articles of impeachment,” the document reads, according to CNN.

A source close to Trump’s legal team told Reuters that the president is on “strong legal footing.” Adding, “The president has done nothing wrong and we believe that will be borne out in this process.”

The president’s lawyers contend in the document:

“The Articles of Impeachment are constitutionally invalid on their face. They fail to engage any crime or violation of law whatsoever, let alone ‘high Crimes and Misdemeanors,’ as required by the Constitution. They are the result of a lawless process that violated basic due process and fundamental fairness. Nothing in these Articles could permit even beginning to consider removing a duly elected President or warrant nullifying an election and subverting the will of the American people.”

The First Article of Impeachment

Trump’s defense team said the first article of impeachment against the president would cause “lasting damage” to the Constitution’s separation of powers.

“The first Article fails on its face to state an impeachable offense. In fact, it alleges no violation of law whatsoever. House Democrats’ ‘abuse of power’ claim would do lasting damage to the separation of powers under the Constitution.”

The lawyers added that the “abuse of power” charge fails to rise to the level of any kind of crime or impeachable offense since “President Zelensky and other Ukrainian officials have repeatedly confirmed that the call was ‘good’ and ‘normal,’ that there was no quid pro quo, and that no one pressured them on anything.”

Additionally, Trump’s attorneys said that the testimonies of witnesses who testified in the House hearings and actually spoke to Trump exonerate the president. The House Democrats “accusations are founded exclusively on inherently unreliable hearsay that would never be accepted in any court in our country,” the document reads.

The Second Article of Impeachment

“[The] notion that President Trump obstructed Congress is absurd,” says the document. “President Trump acted with extraordinary and unprecedented transparency by declassifying and releasing the transcript of the July 25 call that is at the heart of this matter,” Trump’s lawyers added.

House Democrats accuse Trump of obstructing their investigation by resisting a series of congressional subpoenas. However, Trump’s lawyers counter that the White House was well within its constitutional right to push back against the requests made by House investigators.

“As the Supreme Court has recognized, the President’s constitutional authority to protect the confidentiality of Executive Branch information is at its apex in the field of foreign relations and national security.

Political impeachment vendettas must not become ‘the new normal’

The document concludes with a direct appeal to the Senate to reject the charges against President Trump.

“In order to preserve our constitutional structure of government, to reject the poisonous partisanship that the Framers warned against, to ensure one-party political impeachment vendettas do not become the ‘new normal,’ and to vindicate the will of the American people, the Senate must reject both Articles of Impeachment. In the end, the entire process is nothing more than a dangerous attack on the American people themselves and their fundamental right to vote.”

The formal response was authored and signed by White House lawyers Jay Alan Sekulow and Pat A. Cipollone.