Twitch also saw a 17 percent jump in total hours watched compared to the previous quarter, and a 19.5 percent leap in concurrent viewers. The number of unique channels has jumped 33 percent over that past quarter. And while the total number of hours streamed had been declining throughout 2019, it’s now at a record high of 121 million hours. Viewership is going up in part because there are more broadcasters, not just more interest in the channels already present.

This isn’t to say rivals are necessarily struggling. Facebook Gaming has seen a surge over the past year, and Mixer enjoys both the second-highest number of hours streamed as well as more broadcasters than Facebook and YouTube combined. It’s nonetheless evident that Twitch is benefiting the most from the sudden shift in behavior. It may just be a question of what happens when life returns to (relative) normal. 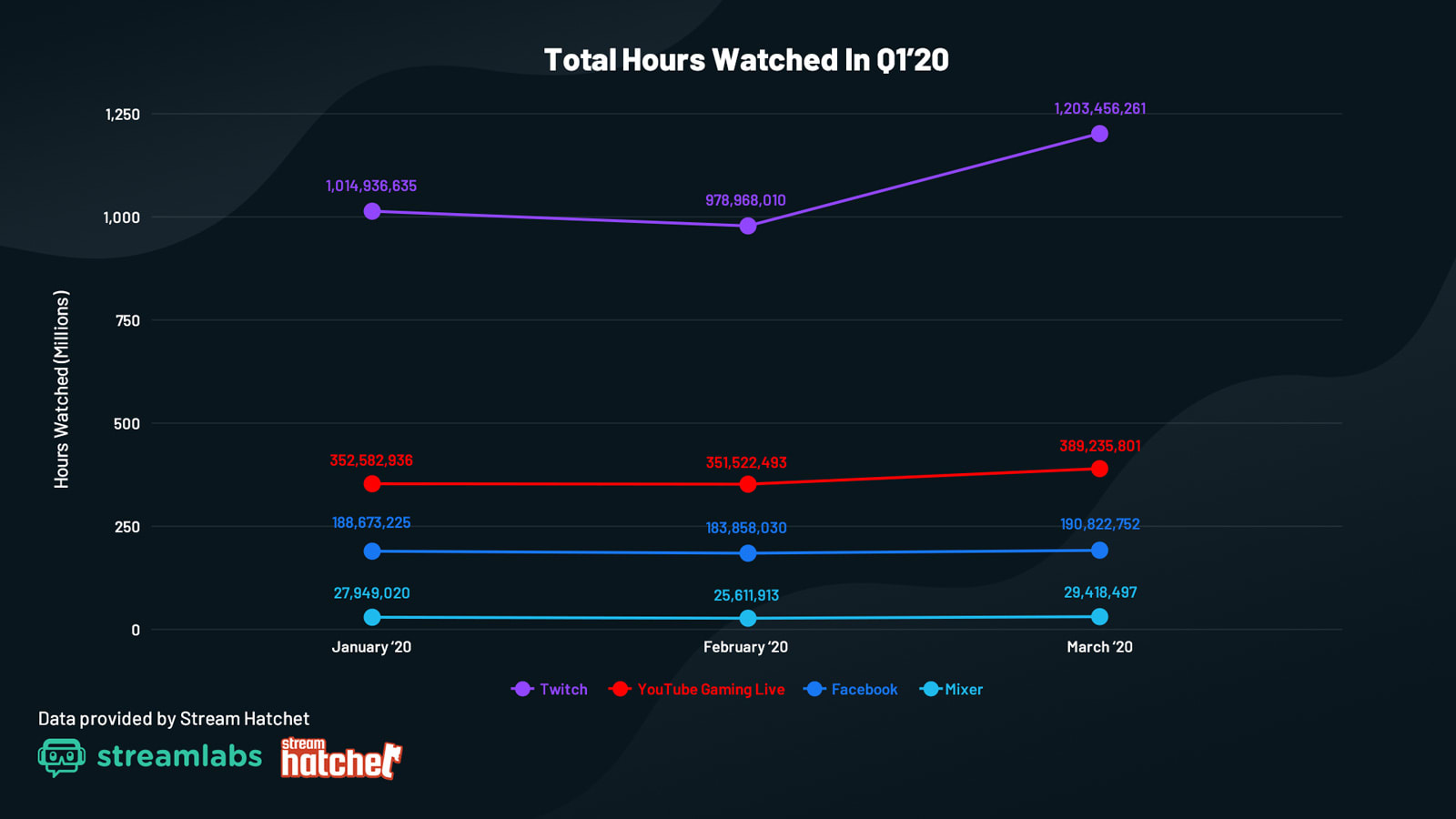