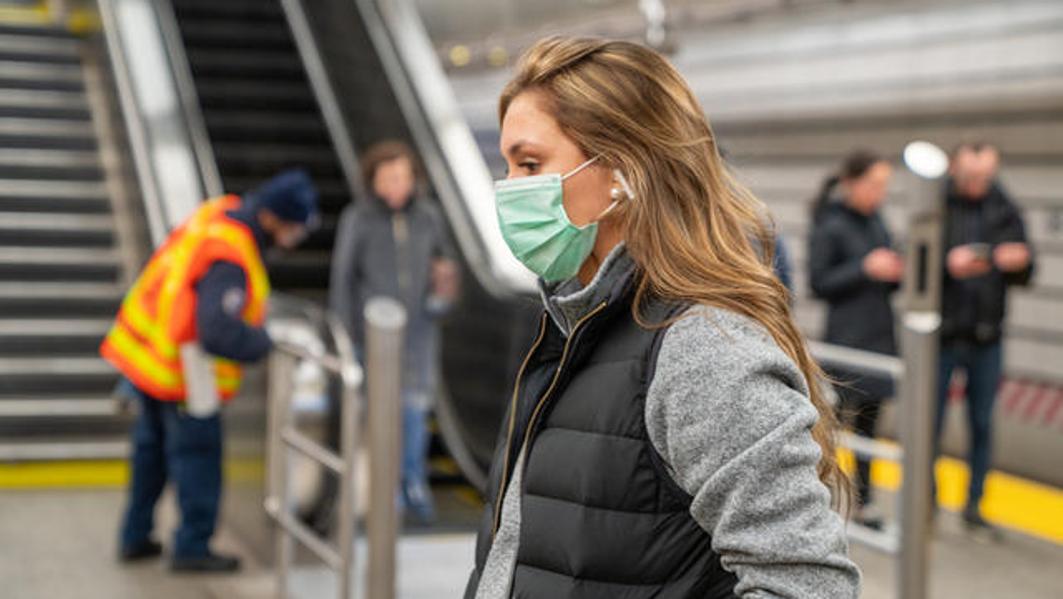 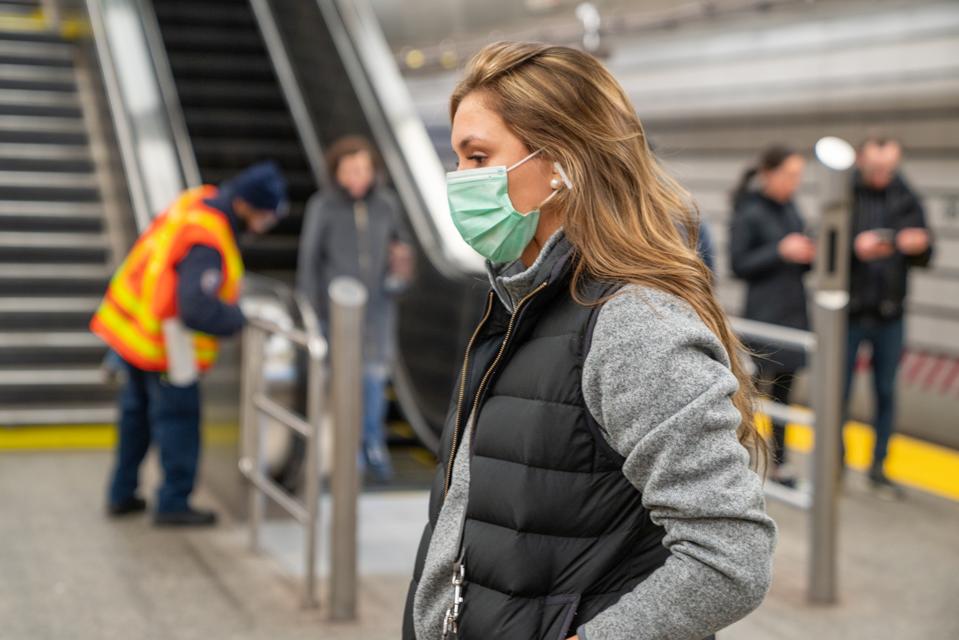 A commuter wearing a protective mask walks through the 86th subway station in New York, U.S.

One of the most vigorous debates during the COVID-19 pandemic has concerned the use of face masks. Early on the debate focussed on whether healthcare personnel should always wear N-95 masks, but it quickly morphed into a debate over whether or not the average person should wear a mask in public, particularly given the dearth of masks for frontline workers. Due to the potentially life-threatening nature of the virus, the debate quickly became emotional. Dogmatic ideologies, often based on limited science, led people to question and stigmatize those that dared to disagree.

As public health officials have debated the recommendation for the public to wear masks, the decision has been confounded by the shifting of the questions being asked. In January, February and early March, North Americans were asking, “If I wear a mask in public, will I protect myself from becoming infected with COVID-19?” The answer then was, “no” or “not by much”. The natural follow-up question was then, “Then why do medical personnel wear them when they treat patients with COVID-19?”

The first reason is that medical personnel are usually in very close contact with infected patients for prolonged periods of time, and are therefore directly exposed to the virus. Second, masks are part of full protective gear which includes gloves, gowns, and face shields to protect eyes. Putting that equipment on and off without infecting oneself requires rigorous training. At the time, it was acknowledged that a face mask properly covering the nose and mouth may offer a small amount of protection if a person nearby expelled droplets within 2 meters. But the small potential benefit accrued to the individual was unlikely to make a difference at the population level.

In mid-March, the question changed. People began asking, “If we all wear masks, can we prevent the spread of COVID-19 in the community?” The motivation shifted from protecting the wearer, to protecting others who come into contact with the wearer, effectively moving from self-interest to altruism.

The evidence supporting this recommendation comes from the way we treat people who have known respiratory infections like the common cold and even tuberculosis. We recommend those infected individuals wear masks in public, so why wouldn’t we extrapolate this recommendation to everyone at this time? We almost surely know that some asymptomatic and minimally symptomatic people with COVID 19 infections are transmitting disease to others. 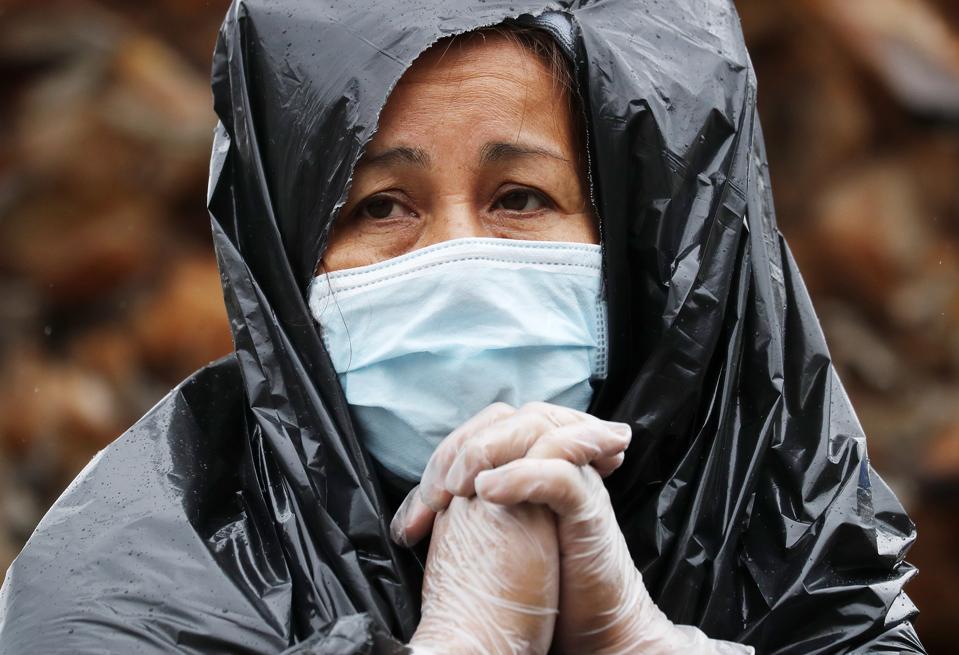 Juana Gomez, 50, from North Hollywood, wears a face mask and gloves as she waits in line to receive … [+] food at a Food Bank distribution in Van Nuys, California.

This leap of logic seems reasonable, but many point out that the benefit may not be scalable because many people are not wearing masks properly. In fact, some would be increasing their own risk of infection by constantly touching and moving the mask. The argument becomes even less convincing when the recommendation is to make your own mask – clearly leaving lots of room for ineffective barriers of transmission.

As the question and motivation changed, so did the public’s reaction upon observing someone wearing a mask in public. Were those individuals behaving selfishly by using a mask while healthcare workers pleaded for more protective equipment? Or were they behaving responsibly because they had symptoms or suspected they were asymptomatic carriers? If it was the former they might be shamed, but if it was the latter they might be feared or praised. But which response is correct?

It is no wonder public health officials have had trouble making and sticking to recommendations on this subject. As the growing burden of COVID-19 and our understanding of viral transmission has evolved, so has the fundamental question of wearing a mask.

We believe that mask wearing likely provides a very small health benefit, mostly in protecting healthy people from infected people. But a significant benefit of wearing any kind of mask in public is psychological – it gives people a sense of control over the uncontrollable. In that case, we think people should do whatever they want on this issue. If they want to wear a mask (preferably homemade given the critical shortage of medical-grade masks), they should do so without being feared or shamed. If they choose not to wear a mask – the same. But what remains much more important than the decision to wear a mask is the decision to adhere to public health advisories of physical distancing, meticulous hand washing and other hygiene methods.

Charles P. Kindleberger, a former Professor of Economics at MIT had a saying: “Any stigma to beat a dogma.” The debate over masks in public seems to include that reflex. We argue that it shouldn’t.