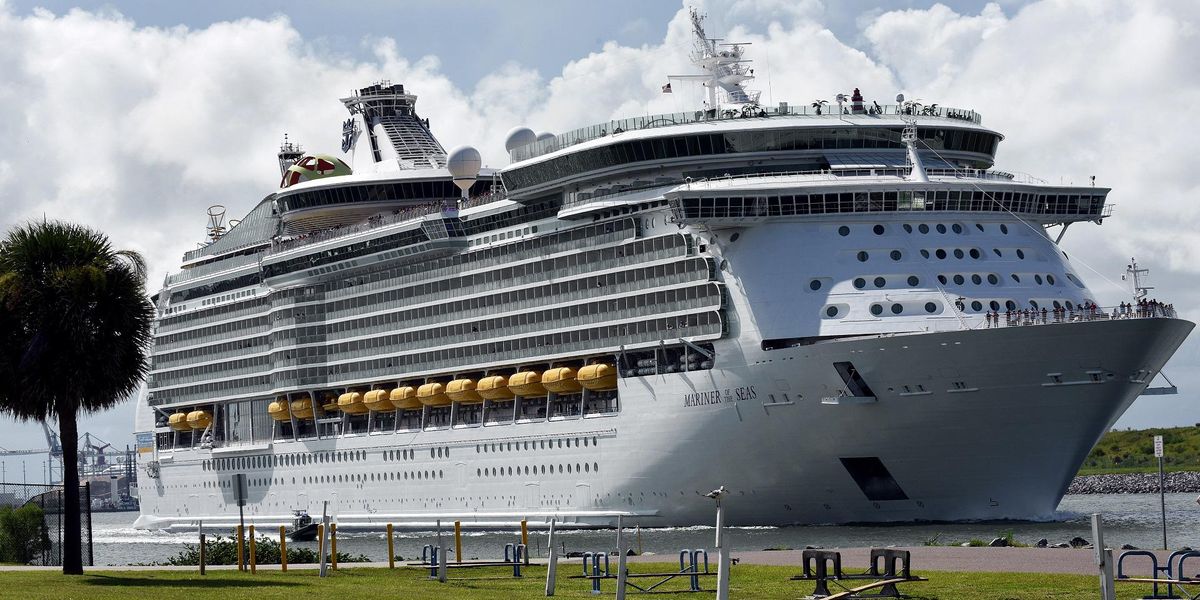 The CDC drew jeers and condemnation on social media Friday after evacuees fleeing an active volcano via a Royal Caribbean ship were warned that traveling on cruise ships is not advised due to a higher risk of contracting COVID-19.

However, it appears a U.S. embassy might have made the call to remind the people running from eruptions of the latest coronavirus safety measures.

The Associated Press reported that the La Soufriere volcano on the island of St. Vincent has been shooting out explosions of gas and ash for the past week, sending tens of thousands of residents fleeing.

The last time the volcano put off similar blasts was more than a century ago, when some 1,700 people were killed. The current explosions have not yet caused any deaths, but the roofs of homes have collapsed from the weight of the fallen ash and a lot of water supplies have been contaminated.

The outlet reported that “British, U.S. and Canadian nationals were being evacuated aboard Royal Caribbean Cruises’ Celebrity Reflection from the harbor in the Kingstown, capital of St. Vincent and the Grenadines.”

The U.S. Embassy in Barbados, the Eastern Caribbean, and the OECS, sent out a “natural disaster alert” notifying Americans on St. Vincent that they had coordinated with Royal Caribbean Cruises “for a transit opportunity” to depart the island on Friday and drop everyone off in St. Martin the next day.

Then, the embassy issued this warning:

CDC recommends against travel on cruise ships because the chance of getting COVID-19 on cruise ships is higher since the virus appears to spread more easily between people in close quarters aboard ships. See link to CDC guidance below.

In reaction, Royal Caribbean Blog tweeted out, “The CDC actually warned people fleeing a volcano that cruise ships are unsafe because of Covid-19.”

The CDC actually warned people fleeing a volcano that cruise ships are unsafe because of Covid-19 https://t.co/9bsSMgXpFm

Most people on Twitter reacted with fury. One person joked that the CDC director’s message was essentially, “I know you will probably burn to death but… floating Petri dish is bad.”

Another wrote, “@CDCgov seems to be out of bounds lately. Volcano & all it’s fireballs vs ship of supplies to help ppl dealing with the volcano (with limited exposure handing off goods). It’s a no brainer. #Cruise.”

Someone else chimed in, “So die in lava instead? Sure that’s more safe.”

But others said the whole thing was a big misunderstanding, and that the U.S. embassy made the call to include the CDC’s latest guidance.

One person tweeted, “You’re misinterpreting the posting from the US Embassy in Barbados. The Embassy was just repeating the latest CDC guidance, which was updated on the CDC website on April 2nd, which is also linked in the posting. The CDC guidance was NOT related to the eruption or evacuation.”

Another added, “It is clear the CDC did NOT do that. The CDC guidance is for cruise ship travel in general. The embassy added the CDC guidance on cruise ships, I assume to be thorough and for people who have other choices to use those.”