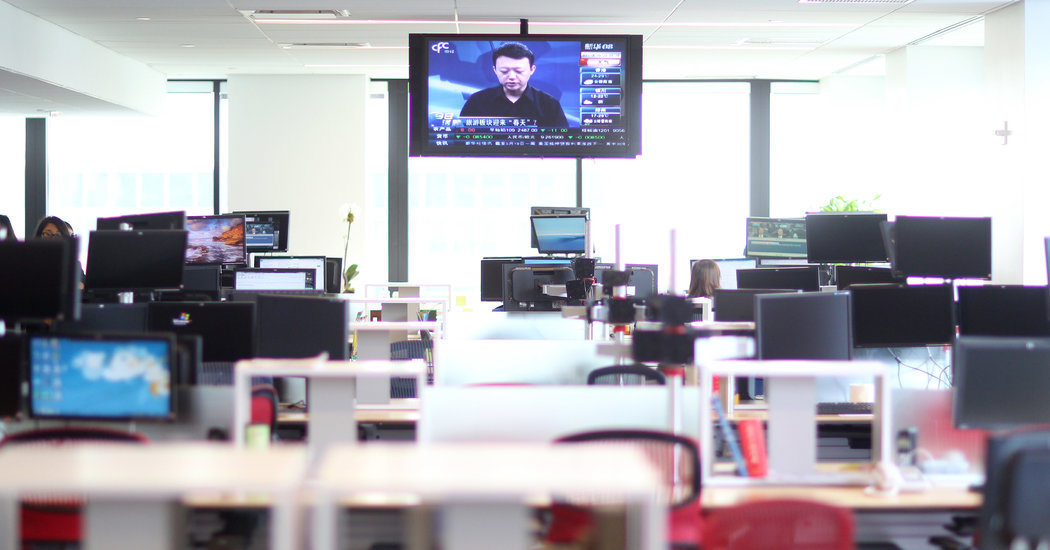 The Department of Homeland Security said on Friday that Chinese journalists working for non-American news outlets would be limited to 90-day work visas — a significant reduction from the open-ended, single-entry stays that the agency previously granted to most journalists with Chinese passports and a valid entry visa. They will be allowed to apply for extensions, although those will also be limited to 90 days.

The latest action is part of a monthslong clash between the United States and China over each other’s media presence abroad — fueled by deteriorating diplomatic relations. Tensions between Washington and Beijing have escalated during the coronavirus pandemic, which began in China.

Chinese journalists in the United States who try to do independent journalism privately expressed worries about the future of their work, and said they did not want to be caught in the middle of such a conflict. American journalists in China have voiced similar concerns.

The new rules in the United States also apply to the handful of Chinese citizens working for non-Chinese foreign outlets.

In announcing the restrictions, American officials said the rules were necessary to counterbalance the “suppression of independent journalism” in China. The move raises the likelihood of further retaliation from Beijing against journalists from American news outlets. In March, the Chinese government expelled almost all American journalists from The New York Times, The Washington Post and The Wall Street Journal, arguing that the move was “entirely necessary and reciprocal.” Each of those outlets still has at least one full-time correspondent in mainland China, mostly non-Americans.

In recent years, China increasingly has granted visas and permits with short durations, limited to one to six months, to some resident journalists to try to force news organizations to self-censor their coverage. China traditionally grants one-year, multiple-entry visas to resident foreign journalists, and most still get those.

That policy had been formally proposed by David R. Stilwell, assistant secretary of state for East Asian and Pacific Affairs, and got support on Feb. 24 at an interagency meeting at the White House run by Matthew Pottinger, the deputy national security adviser and a former Wall Street Journal reporter in China, according to a senior administration official.

State Department officials said at the time of the announcement that the agency had been examining potential reciprocal actions against China for its current restrictions on American journalists there. In a briefing with reporters, one official pointed out that any “follow-on considerations” about length of stays in the United States for Chinese journalists would fall under the Department of Homeland Security’s purview.

In February, the State Department designated the five main state-run news organizations in the United States as foreign government functionaries. The next day, the Chinese government announced the expulsions of three Wall Street Journal reporters.

The new American rule goes into effect on Monday. The regulation itself cites the March expulsions by China as justification for the restrictions, describing Beijing’s actions as “not merely ‘reciprocal’ as it claims, but instead an escalation of hostile measures targeting a free press within its borders.”

The regulation also noted that American journalists in China were being issued increasingly shorter visas after publishing coverage critical of the Chinese Communist Party.

Journalists with travel documents from Hong Kong and Macao, semiautonomous territories, are exempt from the new rule.

The Trump administration did not issue an announcement about the new restrictions, instead quietly posting the formal text on Friday.

Bill Bishop, the publisher of an online China newsletter, Sinocism, said it was not useful to impose harsh restrictions on Chinese journalists in the United States.

“The party doesn’t care nearly as much about the journalists as it does about distribution and platforms that allow it to further the goal of increasing the P.R.C. global discourse power and allowing it to push its messaging globally,” he said, referring to the People’s Republic of China.

“But going after distribution and platforms access has First Amendment ramifications,” he added.

“The U.S. has long labeled itself as valuing ‘freedom of the press,’ but its actions were full of hypocrisy,” Zhang Tengjun, an assistant research fellow at the China Institute of International Studies, was quoted as saying in the tabloid.

The relationship between China and the United States had already frayed under President Trump and President Xi Jinping. In 2018, Mr. Trump started a protracted trade war. But the pandemic has unleashed a new level of vitriol and recrimination.

Mr. Trump and his aides have repeatedly emphasized China’s early attempts to cover up the severity of the coronavirus outbreak, which emerged in the city of Wuhan, and have cast doubt on the veracity of China’s reported death toll.

Mr. Trump has also suggested that the United States could seek damages from China for the pandemic’s economic wreckage and deadly toll. Critics say the Trump administration’s campaign to blame China is mainly aimed at distracting from the White House’s own deep failures during the outbreak.

Beijing, for its part, has seized on the crisis as an opportunity to cast itself as an alternative to the United States for global leadership. Chinese diplomats have repeatedly compared the official death toll in China to the soaring numbers in the United States, which was slow to respond to the threat of the virus.

The visa restrictions from Washington on Friday were not unexpected, since administration officials had been discussing harsher actions against Chinese news media organizations through the winter and spring.

Intelligence officials have long considered some of the journalists at Chinese state media outlets to be spies, and after the expulsions of American reporters in March, some American officials had pushed for a stronger crackdown on those suspected Chinese agents. The Trump administration might take action on that later, if intelligence officials advocating the move win the interagency argument.