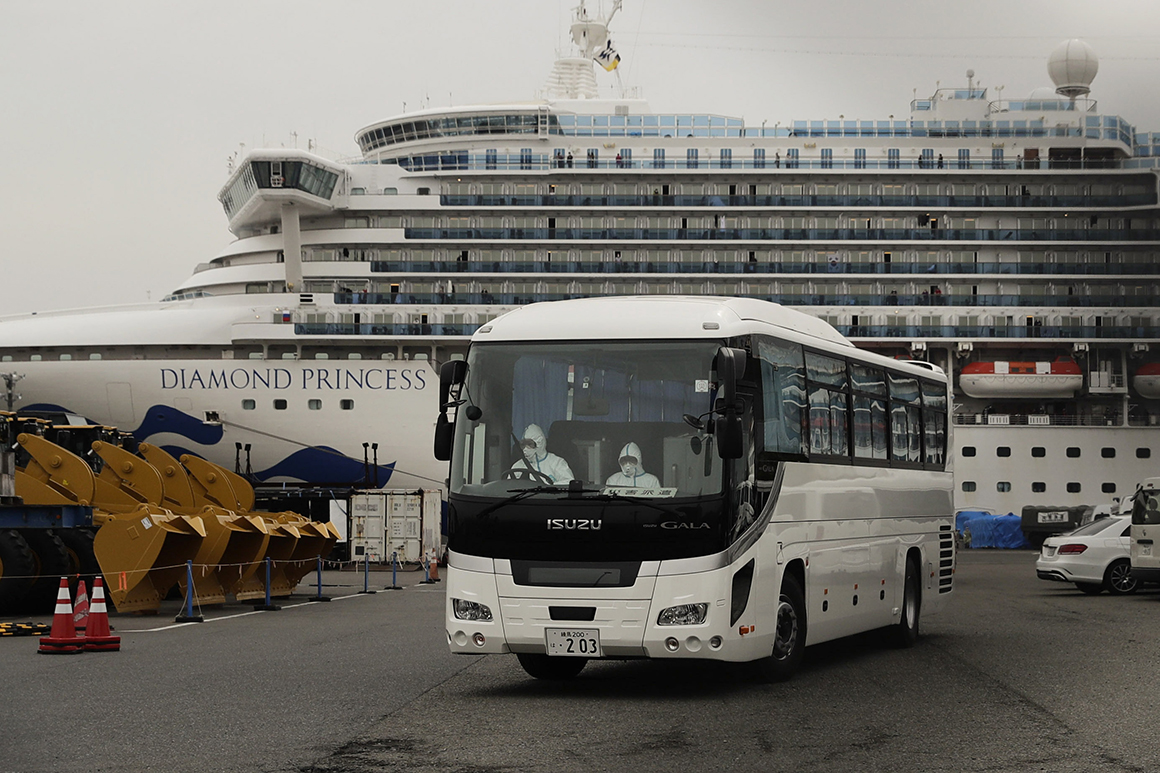 The decision represents an abrupt reversal in the U.S.’s approach to the coronavirus-afflicted cruise ship, which had been held at sea since Feb. 4 and quickly became the largest concentration of cases outside China.

At least 218 passengers have reportedly tested positive for the virus. Health officials originally sought to contain the spread to the ship by quarantining everyone on board. But that calculus changed in recent days, amid political pressure and growing alarm over the conditions aboard the ship.

POLITICO first reported on Thursday that Rep. Phil Roe (R-Tenn.) and other lawmakers pressured the Trump administration for an evacuation after Roe received a firsthand account from Arnold Hopland, a friend and primary care doctor stranded on board. In a letter, the lawmakers urged officials to “act swiftly to ensure the health and safety of our citizens.”

On Saturday, the CDC cited the “dynamic nature of the outbreak” for its new recommendation that all U.S. citizens leave the ship. “The U.S. Government is taking these measures to fully assess and care for these repatriated Americans to protect them, their loved ones, and their communities,” the agency said.

However, the lead-up to the evacuation plan was marked by internal dissension, two individuals with knowledge of the plans told POLITICO. As recently as late Friday, CDC and the State Department were not in agreement on whether the Japanese health department’s quarantine had failed, and the Defense Department had yet to finalize key details of evacuation flights.

Passengers aboard the Diamond Princess had not yet received any information on the planned evacuation as of Saturday morning, Japan Standard Time, said Hopland.

But Hopland — a friend of Roe whose first-person account earlier this week prompted calls to evacuate Americans from the cruise — told POLITICO that he’d spoken to U.S. officials and believed they recognized the gravity of the situation.

“My recommendation was to evacuate people,” said Hopland, who spoke with HHS Assistant Secretary for Preparedness and Response Robert Kadlec earlier in the day. “Unofficially, I was told that decision has been made and will be forwarded to us shortly.”