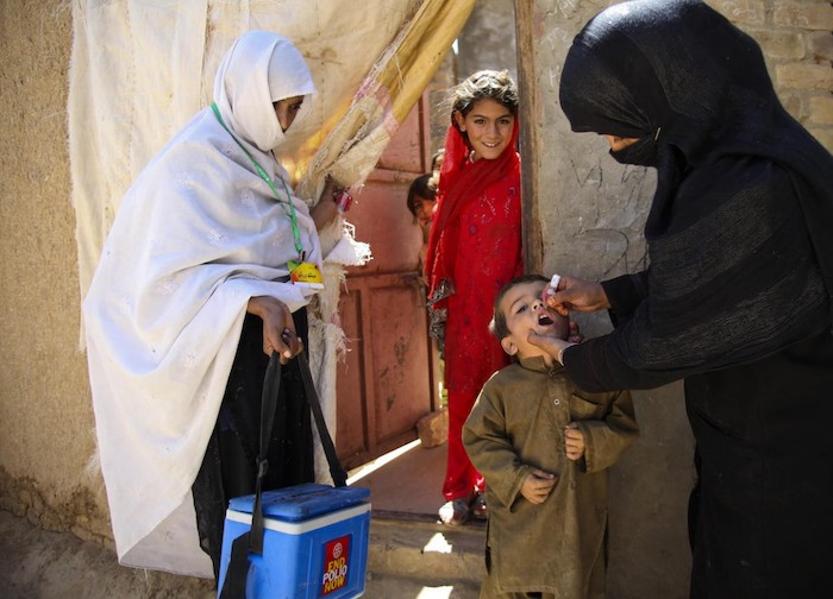 Misinformation can cause chaos during public health emergencies. Lessons learned in UNICEF’s fight against polio can help health workers battle the coronavirus outbreak. 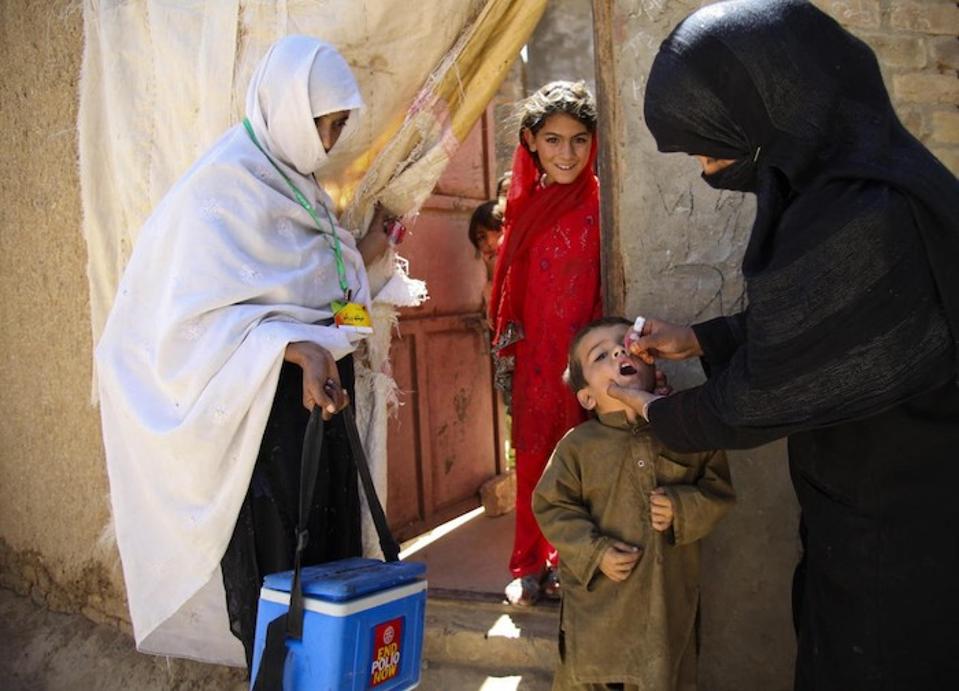 A UNICEF-trained health worker, right, vaccinates a child against polio outside the family home in Quetta, Balochistan Province, Pakistan.

Unpredictable and dangerous, rumors can cause chaos during public health emergencies. As the global health community rallies to contain the novel coronavirus, bogus information about the outbreak is going viral as well. Health officials around the world are struggling to keep up with unconfirmed reports about death toll numbers and how the virus is spread. The rise of misinformation during emergencies leads to mistrust of health systems and the diversion of critical resources needed to stop transmission.

What is the coronavirus?

The novel coronavirus 2019-nCoV was first identified after a mysterious respiratory illness appeared in Wuhan, China in December 2019. Similar to the common cold or influenza, the virus can cause a range of symptoms including a cough, fever and difficulty breathing. It is transmitted through direct contact, coughing and sneezing, and touching surfaces contaminated with the virus. Some patients experience only mild symptoms. In more severe cases, infection can lead to pneumonia and, rarely, death. To date, more than 41,000 confirmed cases have been reported in 25 countries. There is currently no cure, and it will take at least a year to develop a vaccine.

Hoaxes and inane advice about coronavirus have spread so rapidly that Facebook is now taking down posts like the one shared 16,000 times that warned people to “avoid spicy food.” The World Health Organization (WHO) is actively combatting the spread of misinformation — including posts touting the prophylactic powers of garlic and sesame oil — using the hashtag #KnowTheFacts.

Whisper campaigns during public health emergencies are nothing new

Social media accelerates the spread of misinformation around viruses, but whisper campaigns during public health emergencies are nothing new. At the height of the polio epidemic in the United States in the 1950s, after some researchers floated the notion that there was a correlation between ice cream consumption and the spread of polio, ice cream sales plummeted.

The rollout of the polio vaccine in 1954 led to a worldwide campaign to eradicate the deadly viral disease. As a member of the Global Polio Eradication Initiative, UNICEF has helped to reduce the number of children affected by polio by 99 percent since 1988. Today, polio remains endemic in just two countries: Pakistan and Afghanistan.

When UNICEF fights disease, we are also fighting false claims and fears

Public fear can lead to divisive behaviors and toxic responses. In Pakistan, the country with the highest number of wild polio-virus cases — 135 cases in 2019, up from 12 in 2018 — misinformation continues to be one of the greatest challenges to the program. To eliminate polio, every child must be vaccinated. The reality remains that thousands of households are missed due to fears caused by propaganda and rumors about the vaccine.

In April 2019, a fake video went viral. In the video, a man claimed that the polio vaccine was harmful while pointing to a group of boys who appeared to faint. Although the government quickly intervened, issuing a statement condemning the false claims, the video had already spread across social media, including WhatsApp. The damage was hard to undo.

Fake news like this makes it difficult for health workers conducting house-to-house campaigns to vaccinate children. The door-to-door approach relies on building trust and sharing useful information to strengthen community resilience. UNICEF outreach workers are specially trained to build a rapport with parents and caregivers and educate them about how vaccines work to protect their children from disease.

By the time the WHO had declared the coronavirus outbreak a global health emergency on January 30, UNICEF had already rushed six metric tons of medical supplies to aid rapid response efforts. More supplies are set to be delivered where they are needed most. In the days and weeks to come, the distribution of useful, accurate information will also play a vital role in containing the coronavirus outbreak.