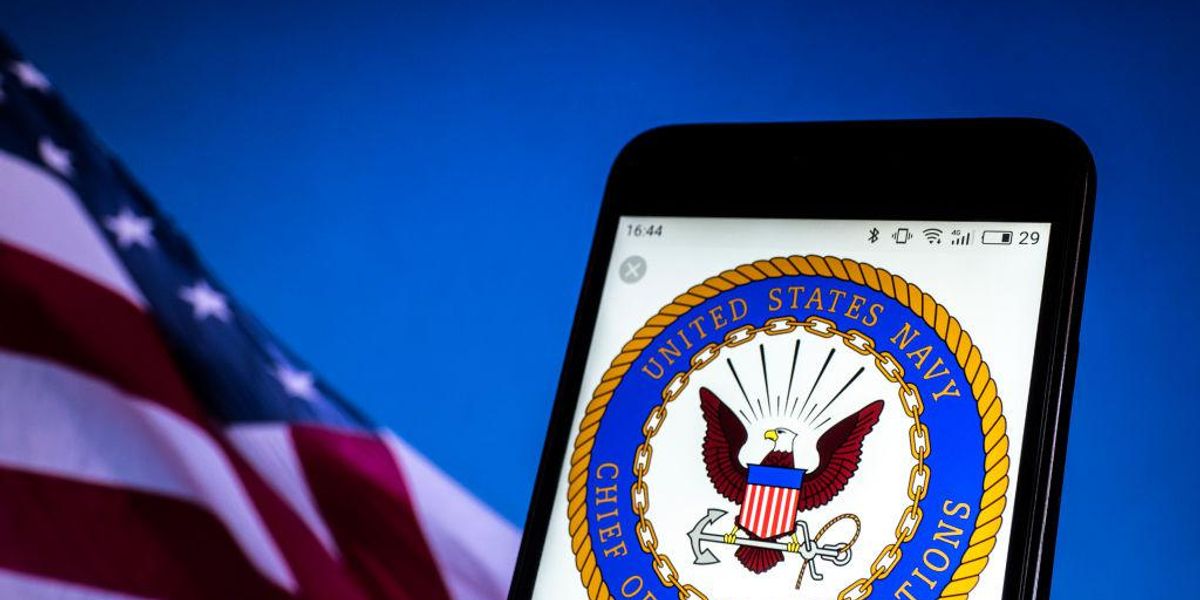 The U.S. Navy’s official Facebook, Instagram, and Twitter accounts changed their profile photos by adding a face mask to the prestigious bald eagle in the military branch’s logo. However, not everyone is excited that the bald eagle logo for the 227-year-old naval military force is masked up.

The U.S. Navy, the most powerful navy on the planet, altered the iconic logo to include a surgical mask on the bald eagle.

Newsmax TV host John Cardillo was one of the first people to notice the change. “The eagle in the @USNavy‘s logo is wearing a mask,” Cardillo tweeted on Friday afternoon, and included a screencap of the Navy’s official Twitter page.

“China, Iran, and Russia are pissing their pants laughing at us,” he added.

The eagle in the @USNavy’s logo is wearing a mask. China, Iran, and Russia are pissing their pants laughing at us. https://t.co/TLPNMWVmom

As PJ Media reported, the U.S. Navy first introduced the masked eagle logo a year ago. The altered logo was uploaded on April 20, 2020, and included the caption: “The eagle is practicing #socialdistancing and wearing a mask when out in public. Be like the eagle. #COVID_19 #flattenthecurve.”

Whenever it was uploaded, there was a multitude of people unhappy with the modification.

Retired Department of Defense intelligence operative Tony Shaffer stated, “The @USNavy show more woke weakness… further reinforcement of the perception of our enemies and challengers that @JoeBiden does not have the will or ability to defend the US or our allies.”

Hot Air journalist Jazz Shaw tweeted, “I refuse to believe this is real. Signed, A sailor.”

YouTuber Drew Berquist said, “We used to be better than this.”

Film director Amanda Milius stated, “This is the result of a jaded, decadent military with too little to do.”

One commenter quipped, “The United States Navy will kick your ass unless you have germs.”

A Twitter user said, “My dad, USN during WWII, is spinning in his grave. I’m relieved he’s not here to see the wussification of our military leaders.”

The U.S. Navy has modified the logo on social media in the past, temporarily changing it to a turkey for Thanksgiving and clothing the eagle in an ugly Christmas sweater during the holidays.