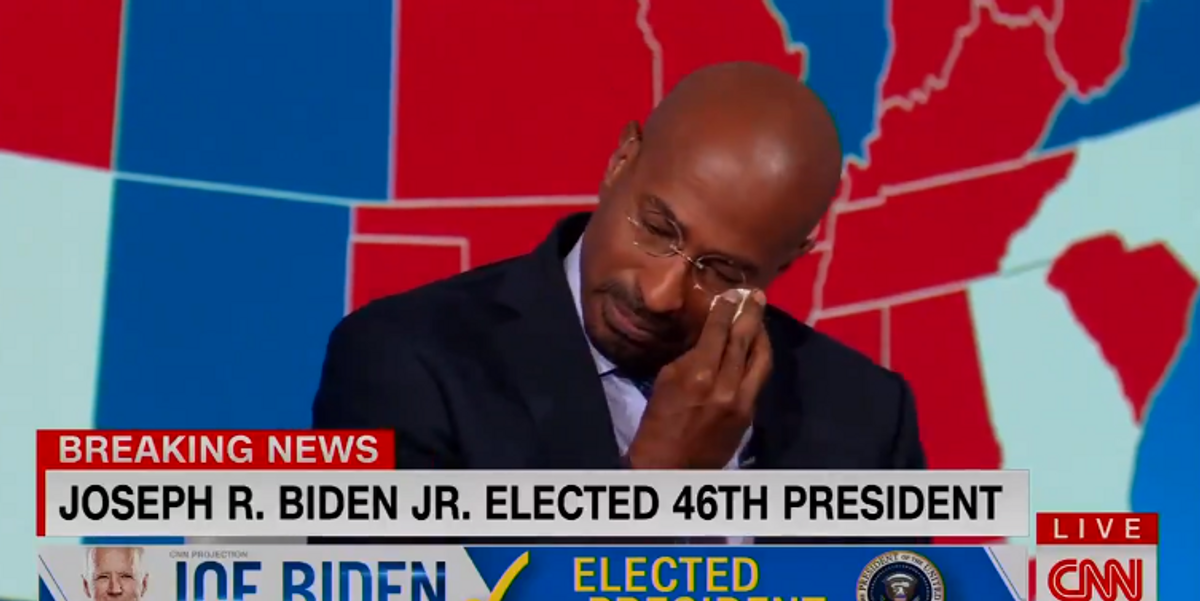 Biden was said to have enough votes to win Pennsylvania, reportedly giving the former vice president the 270 electoral votes needed to win the presidency. Moments after news broke that Biden had allegedly won, Jones had an emotional reaction to contemplating President Donald Trump being removed from the White House in January in favor of Biden and Kamala Harris.

“‘I can’t breathe,’ that wasn’t just George Floyd. A lot of people have felt they couldn’t breathe,” the media personality remarked.

“Every day you’re waking up and getting tweets, and you’re going to the store and people who have been afraid to show their racism are getting nastier and nastier to you,” Jones alleged. “And you’re worried about your kids, and you’re worried about your sister, can she just go to Walmart and get back into her car without somebody saying something to her. And you’ve spent so much of your life energy just trying to hold it together.”

The Trump campaign has said that the race is “far from over” and promised to challenge the election results in Pennsylvania, Michigan, and Wisconsin.

“Beginning Monday, our campaign will start prosecuting our case in court to ensure election laws are fully upheld and the rightful winner is seated,” the Trump campaign said on Saturday.

Watch Van Jones after the call for Biden. Just watch this. https://t.co/Us8jpKu79f