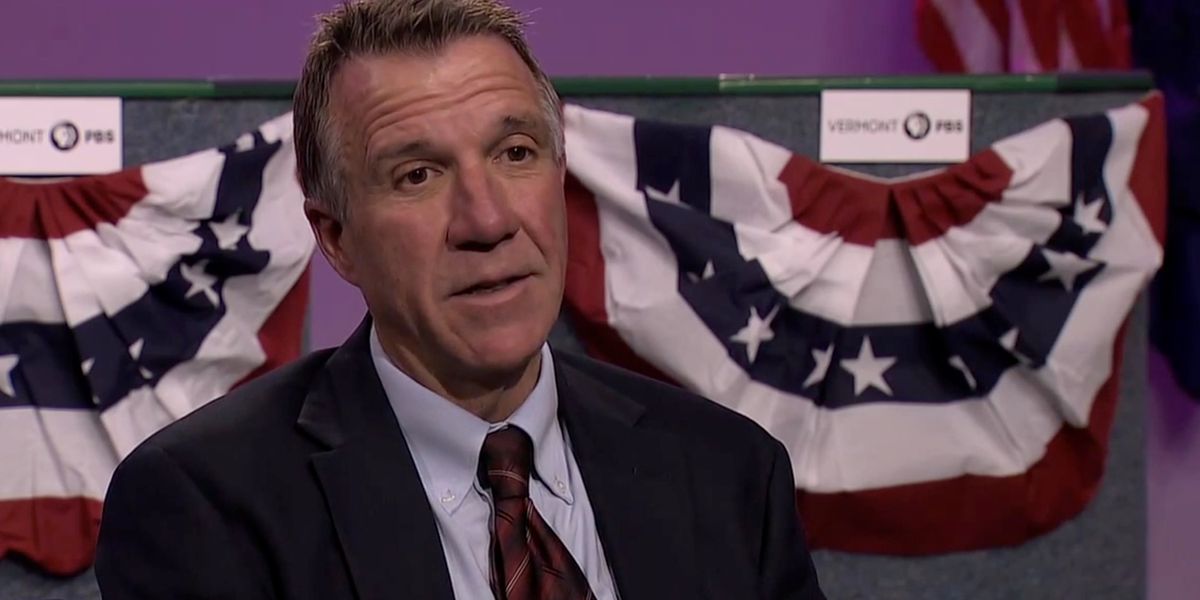 Vermont Republican Gov. Phil Scott announced Saturday that he will not endorse his party’s presidential nominee — President Donald Trump — in the 2020 election.

“I’ve met with him before, I think a lot of him and his platform so I would be supporting him,” Scott said Saturday, WPTZ-TV reported.

In response, Weld thanked Scott for his endorsement.

“I’m a great admirer of @GovPhilScott of Vermont, and am delighted to have his endorsement in the Republican presidential primary on Super Tuesday. VT has been well served in the past by Republican governors, and Gov. Scott admirably extends that tradition,” Weld said

Scott now becomes the first sitting Republican governor to publicly oppose Trump’s re-election. Indeed, Scott has been vocal about his opposition to the president.

Scott, a frequent critic of Trump, said in January that Trump “abused his powers” and shouldn’t be in office after the Senate voted to acquit the president on the two articles of impeachment brought against him by the House for delaying nearly $400 million in aid to Ukraine in an attempt to force the country to announce an investigation of his Democratic political opponents’ actions there.

Weld is the only major Republican who has continued to campaign against Trump. Two others — former Reps. Mark Sanford (S.C.) and Joe Walsh (Ill.) — have already folded their campaigns.

As WPTZ noted, Scott identifies with the libertarian-wing of the Republican Party, as does Weld.

Starbucks says customers modifying drinks is part of the experience

Like a Trojan horse, graphene oxide can act as a carrier of organic pollutants to fish

News DSMW - May 6, 2021
0
Stranger Things fans are all ears as the hit Netflix series drops its latest teaser. The new Stranger Things 4 footage was released on Thursday, May 6 and seemed to hint that the... ...

Why the Set of Something Borrowed Was Such a Hotbed of Romance and 18...

News DSMW - May 6, 2021
0
Who knew that such a f--ked up love story could be so romantic? Because while the plot of Something Borrowed isn't exactly the stuff of conventional fairytales--girl meets boy,... ...

Commentary Andrew McCarthy - May 5, 2021
0
Our Brittany Bernstein reports that a federal district judge in Washington, D.C., has invalidated the eviction moratorium ordered by the Centers for Disease Control, initially during the Trump administration, and recently extended (for the second time) during the Biden administration. It is now set to run through June 30. In her 20-page opinion, Judge Dabney L. Friedrich (a Trump appointee) observes that hers is only the most recent of several rulings holding that the CDC exceeded its...
MORE STORIES

Why the Set of Something Borrowed Was Such a Hotbed of...