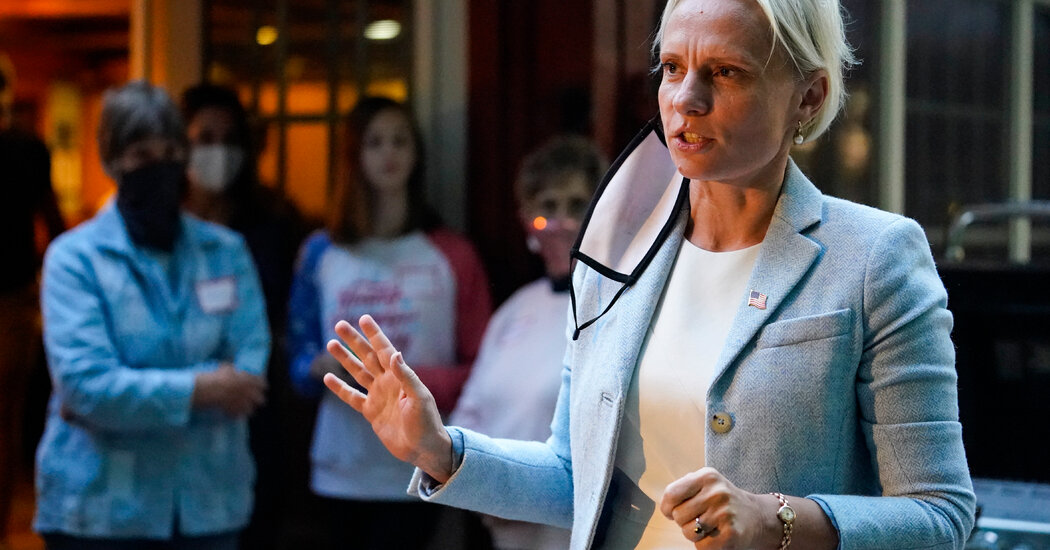 Beating back a swell of liberal enthusiasm from suburban voters alienated by President Trump, Victoria Spartz, a Republican state senator, won election on Wednesday to a reliably conservative House seat outside Indianapolis, quashing Democratic hopes of flipping the seat to expand their majority.

Ms. Spartz, who was born in Soviet Ukraine and used her rags-to-riches story of success to emphasize her belief in limited government, prevailed against Christina Hale, a Democratic former state legislator who branded herself as a problem-solving centrist, according to The Associated Press. Her victory reflected Republicans’ tight grip on suburban voters in the district even as Mr. Trump faced headwinds.

That she defeated Ms. Hale for the open seat vacated by Representative Susan W. Brooks, Republican of Indiana, who is retiring, sent a warning shot to Democrats. They were hoping to increase their majority by wresting seats in well-educated, wealthy suburban areas like Indiana’s seahorse-shaped Fifth Congressional District, betting that Mr. Trump’s eroding support would drag Republicans down with him.

Ms. Spartz was able to beat the odds in the district, which supported Mr. Trump in 2016 by eight points.

Ms. Hale had explicitly campaigned on crossover appeal, promoting legislation she had passed with Vice President Mike Pence when he was the state’s governor and pledging to work across the aisle once in Washington. Emulating a playbook that swept 31 Democrats running in Trump districts to the House in 2018, she kept a laserlike focus on health care, and rebuked Ms. Spartz for her party’s handling of the pandemic.

Ms. Spartz’s overt appeals to Republican voters, however — warning of the dangers of socialism and playing up her background as a businesswoman — ultimately moved enough rural, conservative voters in the district, overwhelming pockets of suburban voters who had chafed at her boldly partisan messaging.