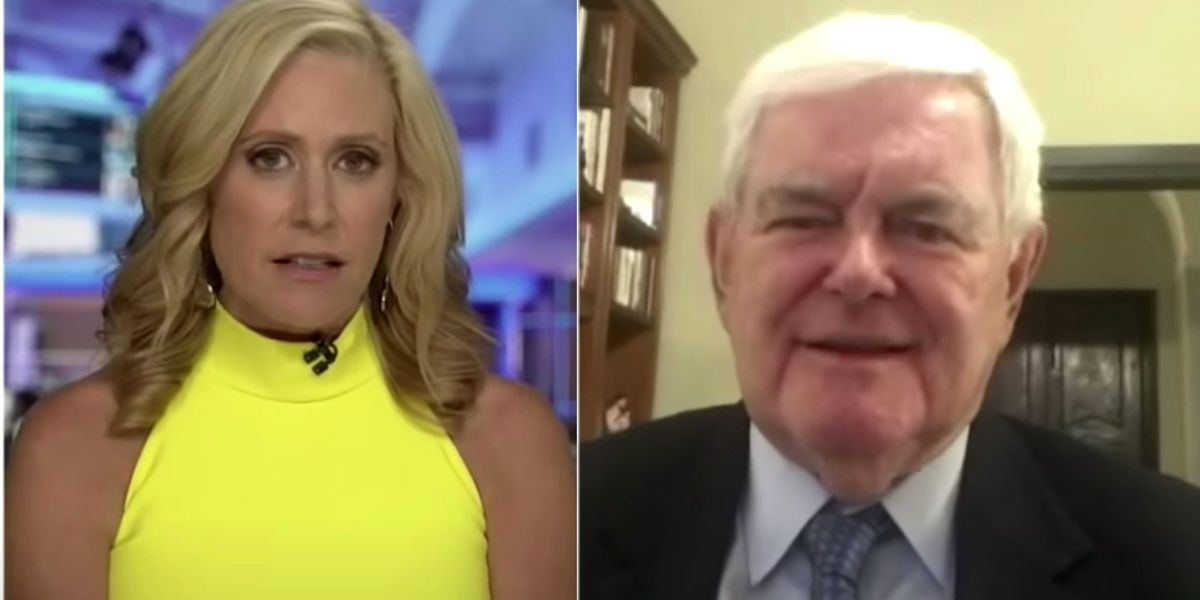 Video of a bizarre moment on Fox News captured a host slamming on the brakes when Newt Gingrich said that billionaire financier George Soros was supporting efforts behind the Black Lives Matter protests.

The interaction resulted in a long awkward silence from hosts Harris Faulkner and Melissa Francis during “Outnumbered” on Wednesday.

“The number one problem in almost all these cities is George Soros-elected, left-wing, anti-police, pro-criminal district attorneys who refuse to keep people locked up,” said Gingrich.

“Both Harris and Biden have talked very proudly about what they call progressive district attorneys. Progressive district attorneys are anti-police, pro-criminal, and overwhelmingly elected with George Soros’s money. And they are a major cause of the violence we are seeing because they keep putting the violent criminals back on the street,” he added.

“I’m not sure we need to bring George Soros into this,” interrupted Francis.

“He paid for it,” responded Gingrich.

“No he didn’t,” said Democratic strategist Marie Harf. “I agree with Melissa, George Soros doesn’t need to be part of this conversation.”

A video clip of the segment was widely circulated on social media among confused and angry Fox News viewers.

“Why in the HELL is Fox News protecting George Soros? What is going on here? Someone needs to uncover this outrage,” tweeted commentator Neal Boortz.

Some pointed out that Fox News itself had reported on the number of liberal district attorneys who had been aided in their political careers by left-wing organizations funded by George Soros.

“Soros, through the Justice & Public Safety PAC and other groups, has been spending millions of dollars on prosecutorial races in recent years, with a number of beneficiaries making headlines since their elections,” read a Fox News report in July.

TheBlaze has reached out to Fox News about the incident but did not receive a comment in time for publication.

Here’s the video of the bizarre segment: