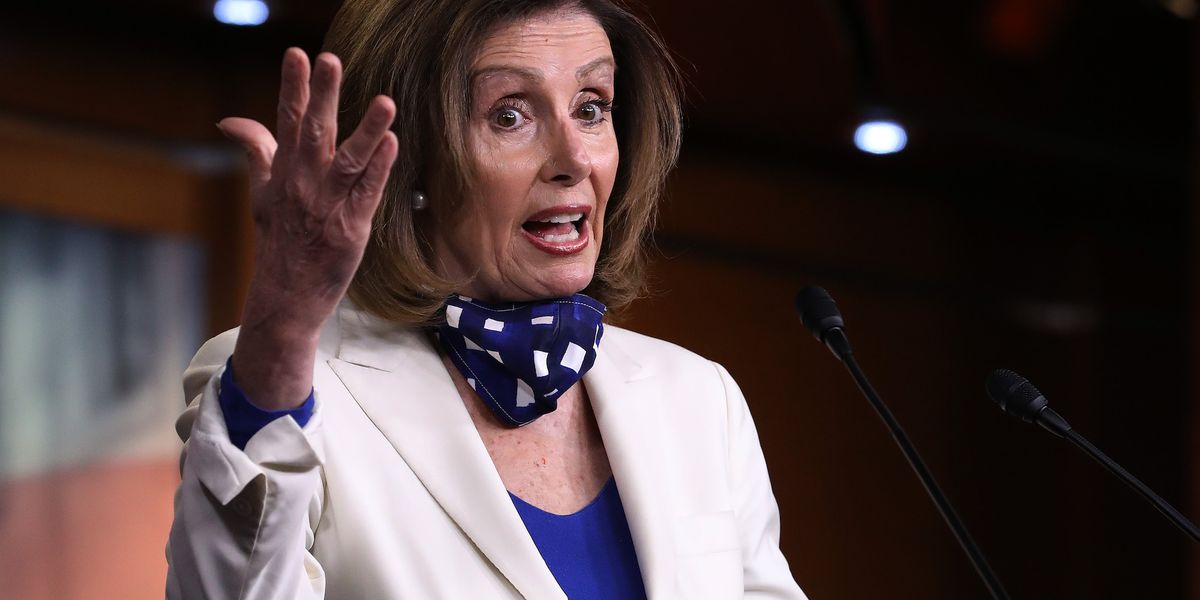 House Speaker Nancy Pelosi (D-Calif.) snapped at a reporter when she was pressed about Democrats’ hypocrisy in relation to the sexual assault accusations against presidential candidate Joe Biden.

Kerry Picket of the Washington Examiner wasn’t given the chance to ask her question before Pelosi interrupted during a media briefing Thursday.

“How do Democrats square with the idea that, they’re essentially, they’re standing by Biden but they’re using a comparatively different standard with Kavanaugh,” asked Picket, “when you demanded an investigation on Justice Kavanaugh, when a very similar allegation came out on him…”

“Let me just say, I respect your question,” Pelosi said, interrupting the question.

“And I don’t need a lecture or a speech. Here’s the thing, I have complete respect for the whole MeToo movement—I have four daughters and one son. And uh, there is a lot of excitement around the idea that women will be heard and be listened to,” she continued.

“There is also due process, and the fact that Joe Biden is Joe Biden,” Pelosi said.

Pelosi went on to claim that the happiest day for her in the week was when she endorsed Joe Biden for president.

Critics have pointed out that Democrats had a much tougher standard when decrying allegations against their political opponents as compared to those against their own political party leaders.

Biden is expected to break his silence about the allegations on Friday on MSNBC after getting a pass from the media for 19 interviews on the damaging story.

Here’s the video of Pelosi’s comments:

[embedded content] Pelosi on Tara Reade: ‘There’s Also Due Process and the Fact That Joe Biden Is Joe Biden’ www.youtube.com