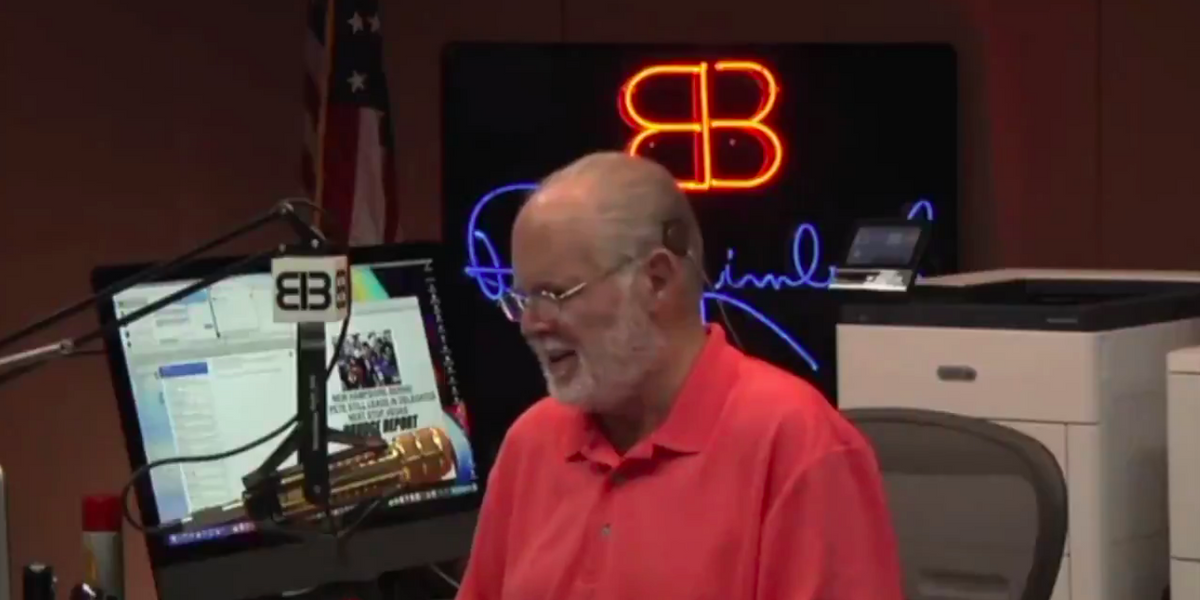 A caller into Rush Limbaugh’s program on Wednesday had an unusual request for El Rushbo: he wanted to speak to his producer. However, rather than complaining, the listener told Limbaugh’s producer, Bo Snerdley, that he was ready to sacrifice one of his own lungs to help “America’s Anchorman” beat the advanced-stage lung cancer he’s battling.

“I just asked Snerdley, ‘what did that guy want who was through talking to me and wanted to talk to you?'” said the conservative talk radio legend about his off-air conversation with the show’s producer. “Snerdley did not drop a beat: ‘He wanted to donate a lung if you wanted one.'”

At this point, a visibly moved Limbaugh took a deep breath and said “oh, wow…..that would have been the last thing that I….I thought he was trying to grease the skids to call-in again….”

“You all just continue to….stop me dead in my tracks,” he added.

America’s Anchorman (as he’s commonly known) shocked the nation on February 3 when he announced that he was battling lung cancer.

“So, I have to tell you something today that I wish I didn’t have to tell you. It’s a struggle for me because I had to inform my staff earlier today,” Limbaugh said. “I can’t help but feel that I’m letting everybody down. The upshot is that I have been diagnosed with advanced lung cancer.”

As TheBlaze reported, later in the week after being awarded the Presidential Medal of Freedom at the State of the Union, Limbaugh said he received promising news from his doctors.

“It’s late stage. It’s advanced lung cancer, but there’s good news associated with the diagnosis and the treatment,” he shared without going into further details.

‘I’m one of the luckiest people to be alive’

Limbaugh recently shared that since announcing his cancer diagnosis, he has been overwhelmed by the public outpouring of support he has received.

“And to have this kind of support and to know it, to be fully aware of it, yeah, it does make me one of the luckiest people alive.”

Among the many conservative leaders to voice words of encouragement for Rush is Glenn Beck, who shared a touching tribute to him last week on the morning of President Trump’s State of the Union address.