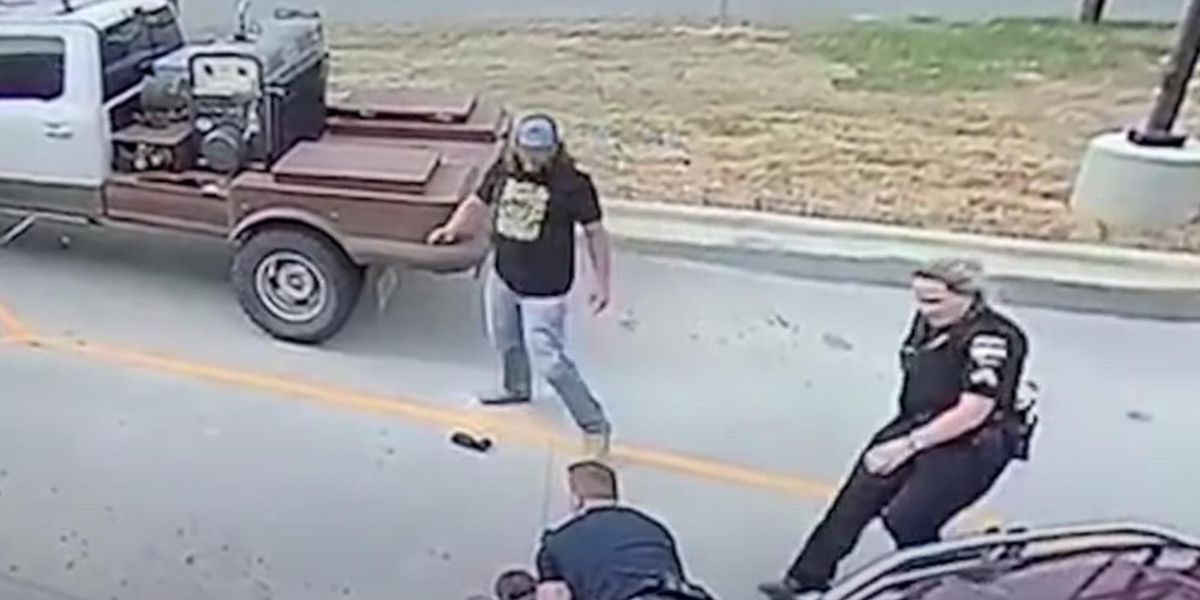 A customer waiting at a Chick-fil-a drive-thru is being praised for his quick thinking after he helped a police officer apprehend a suspect that he was chasing.

The incident unfolded in Jacksonville, Texas, on Wednesday as the man was waiting in line for his chicken sandwich, according to KLTV.

Jacksonville police say that officers were in pursuit of a suspect they say was driving a stolen vehicle and had jumped from the car to escape from police.

When the suspect tried to run between the line of cars through the restaurant’s parking lot, the customer waited until just the right moment to open his truck door into the suspect.

An officer pounced on the man after he fell to the ground, and the customer can be seen further assisting the officer as he makes the arrest.

“A hungry customer, who was waiting patiently for his chicken sandwich, used his door to stop the suspect. The suspect was quickly apprehended after the “HANGRY” (but helpful) citizen reminded the suspect as to why you should never run from the police,” wrote the Jacksonville Police Department on their Facebook page with video of the incident.

Police did not say whether the suspect was facing any charges from the arrest.

The video got a lot of attention, with more than a thousand comments and nearly ten thousand shares on Facebook alone, and many more on Twitter.

Here’s the video of the incident: